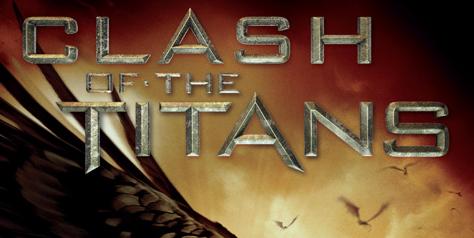 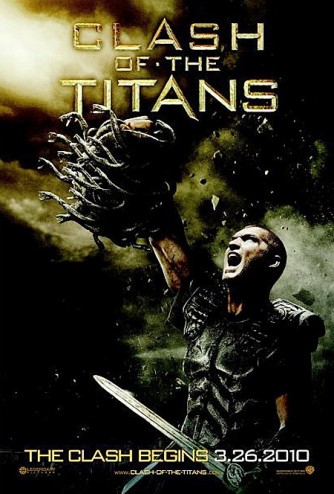 Clash of the Titans is about a war between mortals, specifically those living in the city of Argos, and the Olympian gods.  As the Argives busy themselves with sacking temples and knocking down various statues and colossi, they invoke the anger of Zeus (Liam Neeson).  In his godly wisdom, Zeus decides that he’s going to use his brother Hades (Ralph Fiennes), god of the underworld, to wreak some divine vengeance upon Argos.  Apparently, the best way to obtain the worship of uppity mortals is to bitch slap them back into the temple.  The only person who can save Argos from the wrath of Zeus and Hades is the illegitimate/mortal son of Zeus, Perseus (Sam Worthington).

At this point, I could wax poetic about the problems with this movie’s take on Greek mythology.  For example, Perseus’ origin story is all wrong.  Indeed, the movie’s iconoclastic theme puts a spin on Perseus’ relationship with the gods that is totally out of alignment with the mythological canon.  Surprisingly, I could care less about those and other liberties.  My problem, dear reader, is that Perseus is the last figure in Greek mythology that is deserving of a movie.

Perseus, as a literary hero, is just too good.  Even to a Greek audience, 2500 years ago, I imagine Perseus would seem akin to a pulp superhero.  While other Greek heroes rape, pillage and plunder their way across the ancient world, Perseus flies around on winged sandals saving damsels in distress only to marry one for, wait for it…love.  When Perseus rescues and then marries the Ethiopian princess, Andromeda, he doesn’t cheat on her with some wench; he brings her home to meet mom and dad.  I mean what kind of Greek hero actually picks his wife over the fleeting attention of an exotic and open-minded wench?  Fine, Odysseus.  But come on, Wenches do the weird stuff, Zeus damn it.

So Perseus flies about the world doing good for the sake of good, is beloved of and by the gods and is the enemy of greedy, unscrupulous and incestuous men; what better fodder could you have for a textbook action movie hero?  Of course, you don’t want to take that too literally in a screen adaptation, lest you end up with Superman Returns.  Unfortunately, Louis Leterrier and his writing team go too far in the opposite direction and turn Perseus into a brooding hero who resents the gods, their gifts and his role as a hero.  Nothing kills a piece of over-the-top Greek mythology like having to endure the soul-searching self-loathing mumbles of the post-modern hero.

From that tired and overdrawn cliché of a protagonist does everything else fall apart.  Slow motion camera pans and cut/zoom/fade battle scenes try to tell the story of a would-be religious reformation.  Of course, this is an epic fail of mythological appropriation as the source material, despite being filled with monsters and monstrous images, was intended for use as either a morality play or as a supernatural explanation for the physical world.  There’s also the more obvious fact that you can’t do religious reformation in an action movie, but that is so obvious I shouldn’t even have to mention it.  The acting is filled with more out of place accents than Robin Hood Prince of Thieves.  Instead of looking like a Greek city, the set designers plopped the Acropolis on top of Gondor and called it Argos.  The less said about the glowing plasma powered exploding wood people the better.  I suppose I should also say something about how this movie white washes the myth by moving it from Africa to Greece.  Although, after seeing Jake Gyllenhaal as the Prince of Persia, suspect casting decisions no longer surprise me.

Clash of the Titans only success is in taking a derivative story and finding a way to make it even more mundane; it’s fodder fit for neither morons or Nascar aficionados.  At least the 1981 version had the benefit of being a well put together, albeit simplistic, story with outstanding special effects for its time.  On that note, there’s no better indication of the creative divorce between the 1981 film and this iteration than when one of the characters in this film summarily dismisses the mechanical owl, an obvious nod to Ray Harryhausen’s special effects, as unnecessary to the quest.

I hope it paid well, Liam Neeson, because a whole generation of people are going to remember you as the “release the Kraken guy” and not Oskar Schindler.