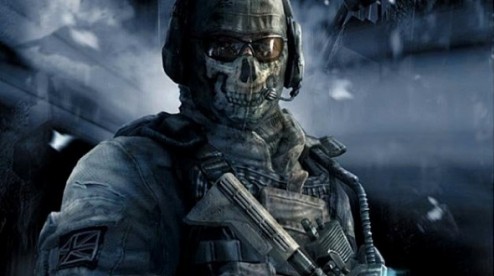 The Short Version: Criticisms against video game violence might have something to do with the horrible PR that orbits gamers.

The Long Version: It should come as no surprise that video games are one of my favourite things in the world.  To that end, I tend to get a little bit testy during discussions of video game violence.  I object to shallow arguments that establish some sort of causality between video game violence and real world atrocities.  The reprehensible attack on the Domodedovo International Airport seems to have spawned one such discussion.

My kneejerk reaction is to blog a defence of creative expression in video games, regardless of the content.  I’d then rattle off a list of controversial novels, plays and works of visual art before trying to make any potential detractors feel like small minded thought police.  Upon posting such a screed, I imagine somebody would take my words out of context or just plain disagree with me.  Said person would likely leave a comment voicing their opinion.  Despite efforts to keep such dialogue civil, one party would likely get a little too snarky with the other.  The subsequent flame war would alienate my audience faster than a Brechtian flavoured one man show about Duke Nukem called, “Fuck you! I’m the fucking Duke.”  Since you now know how that story ends, let’s talk about some possible reasons why video games make such easy scape goats for the world’s problems.

I think part of the issue has to do with gamers as social group.  We don’t really have the best PR team.  Game forums are rife with petty bickerers, bad arguments and the occasional death threat.  I can’t say that I’ve ever spent more than ten minutes in Xbox Live chat without hearing the discourse descend into obscenities and half baked rants (unlike my twice baked rants) about Obama and Nazis.  Then some clown posts the whole episode on youtube and before you know it, private gaming moments are made public.  Round out the horror show with the media getting their hands on a story about a toddler who drowns in a glass of milk while their parent was playing World of Warcraft.  Meanwhile, thoughtful, pensive and well-educated gamers are excluded from the discussion because nobody wants to hear us talking about the architectural design of Assassin’s Creed 2.  The cultural buzz that remains pegs gamers in a spectrum that ranges from immature to odd to obsessive.  Without some powerful spin doctoring the language of “gaming addiction”, “problem gaming” and “games corrupting youth” overshadows the more significant discussions of gaming as creative expression.

““No Russian” the offending scene from Modern Warfare 2 taps into the collective anxiety that permeates life in the security state.  Arguably, it can even be constructed as a criticism of American foreign policy as the military allows the massacre at the fictional Russian airport to happen under the guise of maintaining the cover of a covert agent.  Visual art, literature and theatre abound with similarly horrifying images whose sole purpose is to promote self-reflection as they turn abstract ideas corporeal.  Yet media outlets are attempting to build causation between the game and this real world event.  Did Tom Clancy endure similar allegations in the aftermath of 9/11?  Two of Clancy’s novels describe attacking the American government with hijacked passenger jets.  The only difference between the two examples is one of accessibility.  A video game is infinitely easier to get into than a book or a play.  Therein lay a fundamental problem: the more people playing, the more trolls that find their way into the community.  Thus gaming’s accessibility becomes the very thing that provides ammunition to anti-gaming advocates in the form of bad PR.

In fairness, new mediums for creative expression always have their detractors.  Take prose fiction in novel form as an example.  Jane Austen’s novels (boring as their plots may be) demonstrate a textual awareness of the fact that society did not hold novels and novelists in the same esteem that it held early nineteenth century poetry and poets.  Even the act of reading a novel was once considered an antisocial behaviour that could indicate a person’s inability to keep a grasp on the real world.  Now where have I heard that argument?

I don’t know that I can come up with a particularly brilliant solution to this problem.  If this is indeed a problem of public relations, censoring games from some star chamber of concerned moms and sociologists won’t fix the issue.  My hope is that as video games develop a broader canon the value of the art will start to outshine the cacophony of criticism.  If so, the only way out of the negative PR cycle is continued creation within the genre and a recognition that games that appeal to base impulses do not invalidate the more thoughtful offerings.