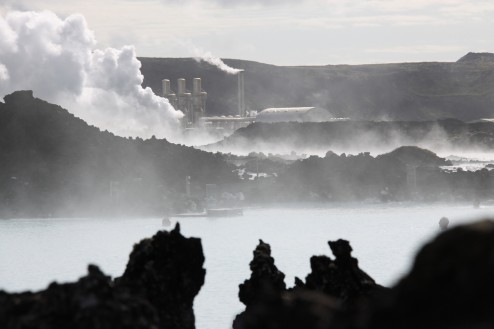 Summary Judgement: Carbon successfully taps into the frustration and fatalism that orbit discussions of global climate change to present an evocative story that is as poignant as it is pithy.

If you’re the type of person who wants to read the story before reading my review, here’s the link.  Everybody else can read on and I’ll link you again at the bottom of the page.

Every so often I come across a piece of writing that leaves me absolutely awestruck.  Jef Cozza’s Carbon is a work of such sophistication that it absolutely floored me.  Given that this story so effortlessly harnesses the zeitgeist of climate change, it is no wonder that it won the fiction category of IO9’s environmental writing contest.

Set in the not too distant future, Carbon paints a chilling picture of life in a world where manmade climate change is simultaneously drowning and starving the world.  The story’s events unfold around its narrator, a seemingly burned out New York journalist named Beedie.  Beedie resonates the scepticism and resentment of a generation that grew up believing they would be the ones to save the world.  His story begins when a college friend turned Fortune 500 CEO sets into motion a series of events that have the potential to not only reshape the world but to redefine Beedie as a person.  What makes this story interesting is that neither of those changes are guaranteed to be a good thing.

Cozza’s ability to construct a winning narrative begins with his talent at extrapolating the future of our world based on current issues.  Despite the all too palpable ecological damage in Cozza’s vision of the future, greed and profit remain at the forefront of private ventures into environmental reclamation.  During an editorial meeting, Beedie’s colleagues pitch story ideas that echo the odd mixture of hubris and denial that drives our civilization’s faith in technology as an inevitable salvation.  As if these ideas were not insightful enough, Cozza pairs them with strikingly deep characters.  Keeping character development at the story’s forefront allows Carbon to plumb another unique theme, the despair that comes with knowing there is nothing you can do to fix the world.

Precious little doesn’t work in Carbon. While the romantic sub-plot felt a bit tacked on, it in no way detracts from the story at hand.  In fact, a dash of romance and heartbreak probably helps the story reach out to a broader audience.  It is a boon to the story and a testament to Cozza’s writing that there’s nothing happening in Carbon that will strike the average reader as unfamiliar or alien.  Despite that nod to accessibility I suspect a fair number of people will come away from this story feeling unsatisfied.  Carbon grabs its readers by the neck and forces their collective heads out of the sand.  While his vision of irreparable climate change may not be prescient, dear god I hope it is not prescient, it is certainly plausible and quite likely in some aspects if things do not change.  Gods know it is hard to look at the flooding in Australia and pretend that it is just ecological business as usual.  While that plausibility worked for me, it might strike too close to home for some readers.  Much like the actual global warming debate, it is tempting to ignore Carbon’s message lest it undermine a life of privilege and ignorant bliss with a sense of stewardship for the future.

For those of you with the nerve to read something that is both unique and wholly thought provoking, you can find a link to the story here.  In the meantime, if Mr. Cozza, who has a surprisingly small internet footprint, should find his way to my little corner of the internet, please email me (adam@pageofreviews.com) as I would love to interview you about this story.