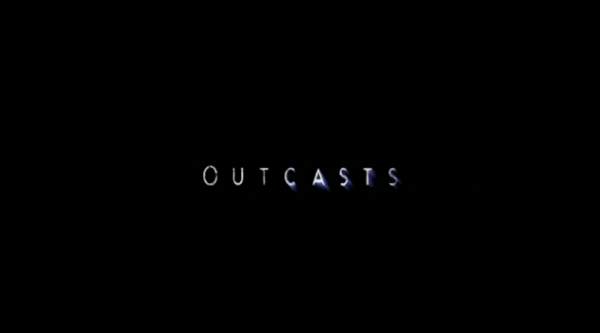 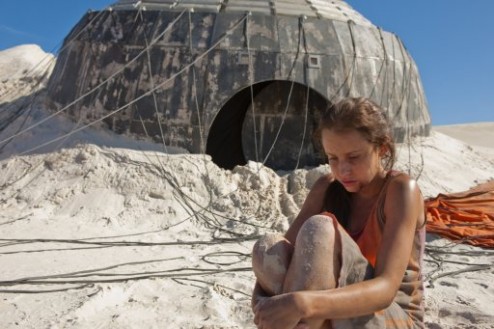 Summary Judgement:  Outcasts is an intriguing series that is as much a political drama as it is a post-apocalyptic survival narrative.

Outcasts, a co-production between BBC Wales and BBC America, is a very different take on the traditional “end of the world” story.  Set on the Earth-like planet of Carpathia, a mere three decades in the future, the story centers on humanity’s attempt to survive the death of our home world.  While the presence of Jamie Bamber in the cast and the show’s survival theme will no doubt invite comparisons to Battlestar Galactica, Outcasts seems to have more in common with The West Wing than it does BSG.

Pairing politics with the end of the world is a brave thing, perhaps as brave as pairing space operas and westerns – and we all know that can turn out very well if it’s done properly.  Despite writing this review only two episodes into the series, which incidentally puts me one quarter of the way through the show’s first season, I think it’s safe to say that the overall concept works.  For readers who are old enough to remember the last time a network tried to do something like this you can rest assured that Outcasts isn’t Earth 2. Ah Earth 2, memories of Clancy Brown and Debrah Farentino bickering like mom and dad on a road trip from hell still haunt my darkest nightmares.

To tell its grand tale, Outcasts begins in the middle of a larger narrative, or as we called it back in English class, in medias res. The first episode sees a well-established colony on Carpathia dealing with the implications of a weapons ban while awaiting the arrival of the ninth refugee transport inbound from a cold and uninhabitable Earth.  As a mildly enlightened member of the television watching masses, I enjoy the fact that the writers are content to let me gradually figure out the back-story.  The problem with this style of writing is that it assumes that your audience has the patience to let the story unfold around them.  While I’m not an expert on television audiences, I’m going to take Outcast’s dwindling ratings to mean that more people want the instant gratification of exposition than they do the self-actualization that comes through paying attention to a thoughtful narrative progression.  To Outcasts’ benefit, two sixty-minute episodes have left me feeling fully versed in the essential back-story as well as emotionally attached to all the characters.  But if you’re one of those people who can’t watch something without asking, “Who’s that? What’s his name? Why did she do that?” then Outcasts probably isn’t the show for you; perhaps I can recommend something in a CSI: Miami flavour that might be to your liking.

Despite its setting, Outcasts is remarkably accessible.  A piece of dialogue from the first episode best encapsulates Outcasts’ enduring motif.  Carpathia’s President, Richard Tate (Liam Cunningham) asks the captain of the ninth refugee transport what he expected to find on Carpathia.  The captain answers, “A society of human beings with everything that involves.”  That idea is at the very core of Outcasts.  The show is as much a piece of anthropology as it is a drama.  Tate has to balance civil liberties against the necessity of procreation to preserve the species.  Similarly, Stella Isen (Hermione Norris), the head of Protection and Security, has to maintain order in a democratic society that is so obviously fragile that, as a viewer, you can’t help but wonder if a police state might be a better way to ensure humanity’s survival.  Meanwhile we see Protection and Security officers going about their duties, ne’er-do-wells within the colony getting high off medical supplies, a powerful bureaucrat turning into a religious demagogue and a growing schism between colonists who live “behind the fence” and the quasi-military “expeditionists” who dedicate their lives to exploring Carpathia’s untamed wilderness.  If that wasn’t enough, each of these characters are damaged individuals, having lost family members in Earth’s evacuation.  How often does a television show have the courage to do all of the above, in addition to killing off characters in the first episode?

While I understand some of the criticisms concerning Outcasts, most notably the idea that the show isn’t building tension, I don’t think they hold up under closer scrutiny.  The first two episodes have excellent individual plots as well as serve to establish a greater story arc for the series.  Furthermore, the character acting is excellent across the board.  Given the inevitable BSG comparisons, I’ll concede that Outcasts doesn’t have the looming dread/anticipation of Cylons around every corner.  Given that this story primarily explores the ability of people to live with each other in a society, essentially probing the idea that we are inherently too violent to survive ourselves, let alone another planet, I don’t think you need a Cylonesque antagonist. If we consider that Ron Moore et al regularly said the Cylons were used to show humanity as its own worst enemy, inserting something Cylonish into Outcasts would be tragically redundant.

With the BBC moving Outcasts into its Sunday night “death slot” I fear that Outcasts won’t live to see a second season.  However, if you have the means, you should defiantly invest some time in this show while it lasts.