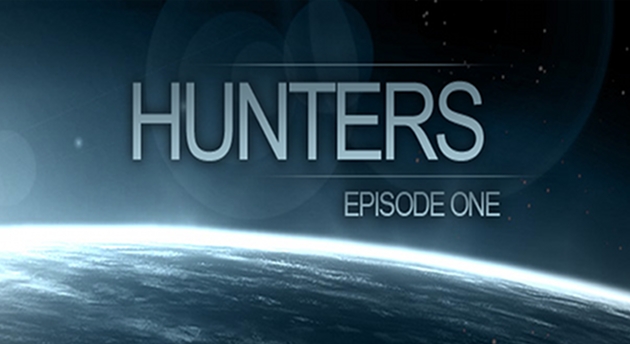 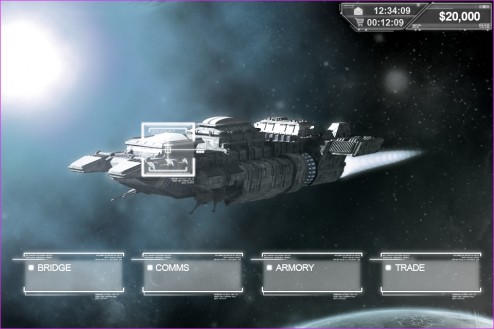 Summary Judgement:  Despite offering some solid turn-based combat, a myriad of small issues mar the game’s potential for long-term fun.

Available on the iPhone and iPad

Hunters is an interesting entry into the world of mobile gaming.  As a top down turn based shooter/RPG, the game’s comparisons to the much beloved X-Com franchise are to be expected.  Indeed, much of the press orbiting this game boils down to comparisons against the first two instalments of Microprose’s alien hunting masterpiece.  In truth, the only reason I decided to try Hunters was the faint hope that it might take me back to those heady days of the mid 90s when the sounds of laser fire and footfalls on metal plating haunted my nightmares.  Despite the hype, Hunters isn’t quite a time portal to the gaming days of yore.  However, as a turn based tactical combat game, it is at least a fair effort.

Set in the far distant future where corporations rule the galaxy, Hunters puts players in command of an elite team of mercenaries.  Aboard their starship, players can upgrade their hunters’ skills as they level-up, buy and sell weapons/armour and send their team out on contracts.  While there’s not much in the way of an introduction, Hunters provides a fairly substantial tutorial during the game’s first mission.  During that battle it became obvious to me that the game’s control system is by far its strongest point.  Touch a square to move a hunter from point A to point B.  Want to kill something? Touch the hunter, touch his target and let the bullets fly.  Although I breezed through my first few missions without any real difficulty, the game gradually ramped up the challenge.  Just as I started to feel good about my skills as a killer for hire, I found my hunters dying en masse as the computer capitalized on mistakes that left my troopers out of cover or without sufficient action points to return fire during the AI’s turn.

Although Hunters’ squad based combat is entertaining, the fun seems to end there.  The game only offers about five contracts per day, most of which fall into one of three categories: kill everything, kill everything as to protect somebody or kill everything on your way to blow up something.  People keen to raise funds and level up their characters can replay these missions as many times as they want.  However, when tomorrow comes and the contract list updates, don’t expect any real variety.  For want of even the most threadbare campaign or mission objectives beyond killing everything in sight, Hunters desperately needs a little extra pizzazz.

Similar to the missions, the sound effects in Hutners could do with a little variety.  Each weapon type has only one lone sound.  At first, this didn’t bother me.  After six or seven missions, it began to get painfully annoying to hear the exact same sub-machine gun effect fifty times in five minutes.  If there was a bit of music in the background to distract me I might not notice this issue as much.  Unfortunately, Hunters comes up short in music as well.  Beyond the ambient noise of wind on an ice planet or the persistent hum aboard a space station, battles are defined by the same dozen noises punctuated with the ubiquitous “arrrghhhh” of a character’s deaths.

There’s also a fairly significant bug in the game.  After a few hours the sound will cut out entirely.  For me, this happened just five minutes after I purchased the full version of the game.  To their credit, Rodeo Games responded to my angry email within three hours wherein they  offered a work around for the bug.

““…if you do a hard reset of the app the sound will comeback but after a certain amount of playing the same issue will comeback. It’s far from ideal I know, but we are very close to submitting a fix to Apple.

To perform a hard reset, go to your home screen, double tap the home button, then press and hold on the Hunters icon. You should see a minus symbol appear, tap it to close the app. Then restart the game…”

So it’s not the worst bug I’ve come across as an Apple user.  In truth, this one email from Rodeo Games probably saved Hunters from getting slagged off as a half-baked waste of money.  Thus do I offer huge kudos to Laurent Maguire and Rodeo Games for demonstrating that they actually do care about their customers.

At the end of the day, Hunters shows a lot of promise.  It’s wholly refreshing to see a grown-up strategy game on the App Store.  However, the game still feels a little shallow.  If I can get Myst on my iPhone, then I think it is certainly possible to add a bit more depth to Hunters.  X-Com worked because it had the geoscape, base building and a research system that demanded variety in the missions.  Hell even reading entries in the UFOpedia added something unique to the game.  Hunters needs depth on that order of magnitude to avoid going stale.  Otherwise, Hunters will end up like so many other mobile games, fun for ten minutes and then it’s never played again.