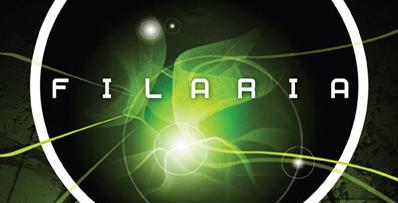 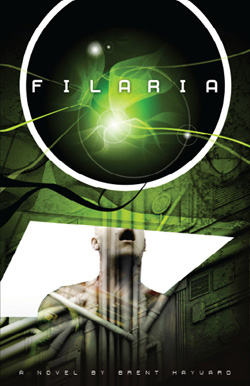 Summary Judgement:  With its rich environments and characters who ooze empathy, Filaria is as thoughtful as it is emotionally satisfying.

Filaria is one of those rare novels that refuses easy classification.  Pegging it with one specific genre would undermine the ease with which Hayward brings together elements of sci-fi, speculative fiction, fantasy, horror and bio-punk.  Even calling the book a novel stands as a mild misrepresentation of what Hayward offers in Filaria. Rather than following one character through a beginning, middle and end of a narrative, Filaria reads more like four novellas woven into one large tapestry.  Although the four main characters cross paths with each other, their stories remain mostly isolated from each other.  Their only real connection is the world in which they live.

As mentioned, there are four central players within Filaria: Young Phister, Deidre, Tran So and Mereziah.  Then there is “the world”, which is quite honestly a character in its own right.  Phister lives in the bottom of the world.  Isolated from the world’s suns, Phister spends his days drinking acrid water and gumming down hallucinogenic moss.  Deidre is the privileged daughter of an orchard keeper at the top of the world.  Tran So lives in Hoffman City, a den of vice, inequity and religion, somewhere in the middle of the world.  Mereziah is an elevator operator/maintenance man in the great shaft that runs through the world.  One of the reasons why this novel works is because the catalyst for each of the main characters’ stories is something wholly normal, despite occurring in a very alien environment.

Phister leaves his hole in the ground because a girl who once kissed him has gone missing.  Deidre’s father sends her and her family away from home for reasons beyond her knowledge.  Due to the death of his infant son and an illness that his turned his wife into a shell of her former self, Tran So embarks on a journey to seek answers from the god of all gods.  On Mereziah’s hundredth birthday he decides to abandon his life of service to elevator occupants; before he dies, Mereziah wants to see the much fabled uppermost level of the world.

To wax in detail on these stories or the world in which they are set is to risk spoiling the novel for any would-be readers.  Sufficed to say, each of the narrative’s threads move the characters from their home level into other parts of the world.  At the same time, the environment of the world and plot are inextricably linked to each other.  Such nuanced writing has the benefit of rewarding readers with a story that unfolds quite organically.  Hayward’s narrative voice is exquisite in its ability to capture how people within their levels would perceive the details, both extraordinary and mundane, of everyday life.  Moreover, the characters emanate empathy in such a way as to render their back-story largely irrelevant.  It’s rare to find a novel that can paint such a vivid picture without resorting to clumsy infodumps or characters speaking about the obvious for the benefit of the reader.

Beyond the evident metaphors on class and economy that a reader can draw when exposed to a world where the people who live on the highest level have it the best, Filaria seems primarily concerned with exploring the things that trap us in our lives.  I might be skewing this review toward an English Lit paper, but motifs of love, (perhaps more accurately read as desire but I’ll leave that to individual readers to decide) religion, innocence and “capital P” Purpose permeate the novel.  Each of the characters embodies one of these motifs and the events of their lives orbit the same abstract ideas.  Yet in attempting to complete their respective quests, they are all freed of these things.  In my estimation, this unshackling of ontological burdens works out well for two out of the four characters.  The effect of these varied endings amounts to a grand resolution that is equally beautiful and tragic.

The only caution/criticism that I would offer toward this book is that it must be approached with the right attitude.  If an animated corpse as a playmate for a little girl or a fisherman catching a gene-hacked talking crab inspires a response along the lines of “What? That’s stupid!” Filaria is probably not the book for you.  In its opening chapter the book easily compares to a surreal nightmare along the lines of Naked Lunch (I’m thinking the movie with Peter Weller, not the book.  Although I hear the book is just as much of a head trip). However, as the stories progress an order emerges from the perceived insanity.  There’s no doubt that Filaria is a smart book; but it is also a book that expects its readers to display a little patience and intelligence.

Filaria is one of the best things that I have read this year.  Fans of genre lit would be doing themselves a grave disservice if they didn’t read this book.

This review was brought to you by Chris Noon Graphic Designs.  See what Chris can do for your business at www.chrisnoon.com