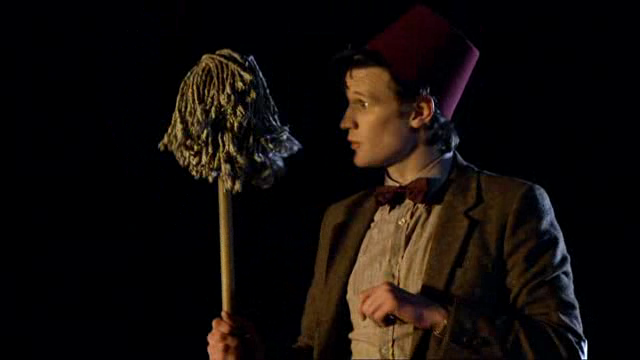 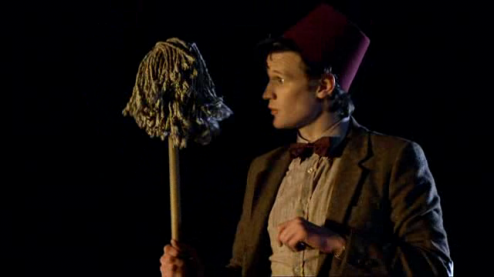 ““We thought it was about time to give them a rest.”

Moffat does raise a bit of a valid point.  The cybernetic children of the planet Skaro are the most regularly defeated enemy in the Doctor Who universe.  However, to this Whovian, there seems to be a larger issue at hand.  In short, I don’t think that Mr. Moffat particularly cares for Time Lords or Time Lord mythology.

I know, it’s an odd accusation to make of a Doctor Who show runner but hear me out.

Since Moffat took over he’s seemingly done everything he can to distance The Doctor from his Time Lord roots.  Consider Moffat’s first episode with Matt Smith as The Doctor.  In The Eleventh Hour, The Doctor wrote off the Time War, the death of his species and the deaths of countless others as “a bad day”.  From that episode onward everything remotely complex gets written off as wibbly-wobbly, timey-wimey or spacey-wasey.  Setting aside the fact that this is an oh-so-convenient way to toss causality out the window, it also kills any need for The Doctor to draw upon the wisdom that comes with being a 900-year-old time traveller.  Hell, even his foes don’t seem to care that The Doctor is a Time Lord.  Kindly note, I’m okay with ignoring The Doctor’s lineage when the bad guys are as Torchwood-esque as The Silence – stupid name great concept. 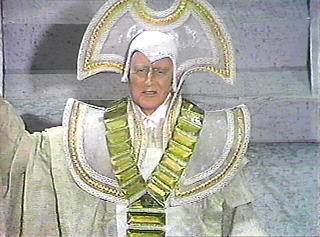 Perhaps this lack of Time Lord flavour is a response to an abundance of Tennant/Eccleston sad face whenever anybody brought up Time Lords or the Time War under Russell T. Davies’ tenure.  On the other hand, Moffat may not want to deal with more practical issue of Time Lord chapeaus which make Princess Beatrix’s head ornamentation seem tasteful.  With the notable exception of Neil Gaiman’s episode The Doctor’s Wife (which was fantastic because I think it was the first time we got to see Matt Smith as a Time Lord, not simply a madman with a blue box) Moffat and the other writers don’t really seem to care about the Doctor as Time Lord.

So how does all of this connect to the fact that the Daleks are going into the vault?  Quite simply, the Daleks and the Timelords are foils for each other.  You can’t have Daleks without Time Lords as each is an essential part of the other’s mythology.  Unless the next Dalek episode undoes the seemingly bona fide resurrection of the Daleks (Victory of the Daleks), an act which would once again make the Doctor a genocidal murderer – although I’m sure they would ethicy-wethicky their way out of any moral quagmire as not to scare the children (sigh) – the Time Lords must come back, in spirit if not in body, to balance the equation.  Given Moffat’s apparent disdain for things Time Lord, that seems unlikely.

Therefore, Moffat’s decision is not just about letting the Daleks rest.  It speaks to an apparent bracketing of his plot arcs from the larger Time Lord/Doctor Who mythology.  I for one like Time Lord mythology.  Consider that one of Matt Smith’s best performances as the Doctor was in Neil Gaiman’s episode.  For just a moment that story let Smith show the audience a little of the hurt that comes with being the last of your kind.  If we are being honest though, Suranne Jones (Idris) was so fantastic as to steal that episode and deposit it in her Swiss bank account.  Either way, Doctor Who needs more writing of that calibre.  Keep the Daleks and Time Lords on ice if we must, minimize references to Gallifrey if necessary, but remember that The Doctor has two hearts and occasionally letting him be a lonely alien won’t ruin the show.

Update:  Leave it to Steven Moffat to do exactly what I said he wasn’t going to do.  Ah well, at least I got in a good hat joke.  For fear of spoilers, I’ll skip the details on how Moffat stymied my theory.  It is enough to say that Time Lord mythology is a marginally relevant to the plot of A Good Man Goes to War. Still, I’m not willing to admit that I’m totally wrong on this point.  I’ll save the explanations for my upcoming podcast with Doctor Who scholar J. M. Frey.