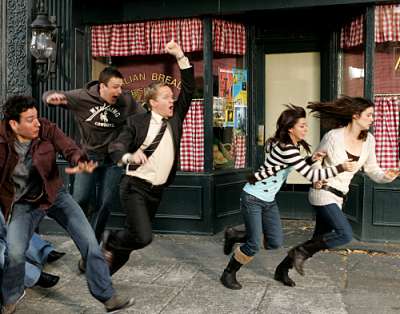 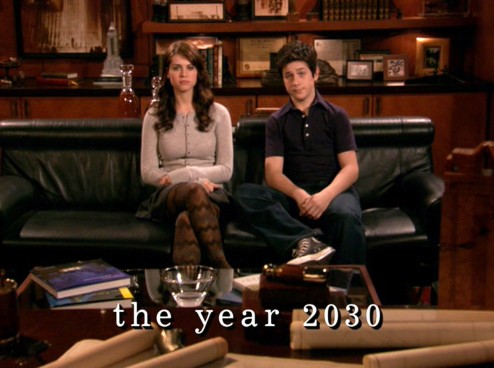 The Short Version: This show wouldn’t work in the real world.

The Long Version: From time to time people ask me if I have ever watched “insert television program here”.  My answer is almost always the same: no, there’s a finite amount of time that I spend watching television every week and that show didn’t make the cut.  As a general guideline, only one new show makes it into the rotation each year.  Any other program requires references and space to get slotted in around something else I watch that has been cancelled or is ending its run.  A year ago I needed something to fill the void that Scrubs left in my television schedule.  After careful consideration, I narrowed the field down to two shows: The Big Bang Theory and How I Met Your Mother. Due in no small part to the fact that Sheldon annoys me more than words can convey, HIMYM won the day.

Despite the fact that HIMYM is to Gen Y what Friends was to Gen X, there is one fundamental problem with the show.  Sure, you can get around this problem with just a little bit of suspended disbelief, but I think it still merits a little exploration.  Rather than tell you about it, I’ll just show you the issue in question. 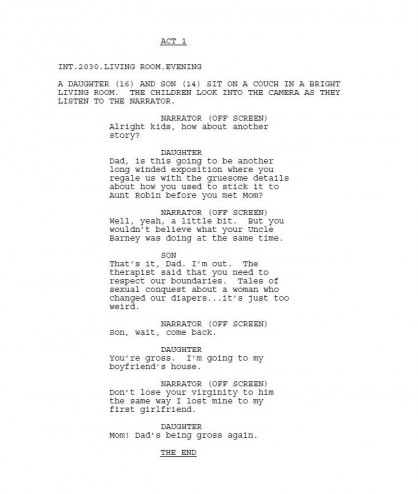