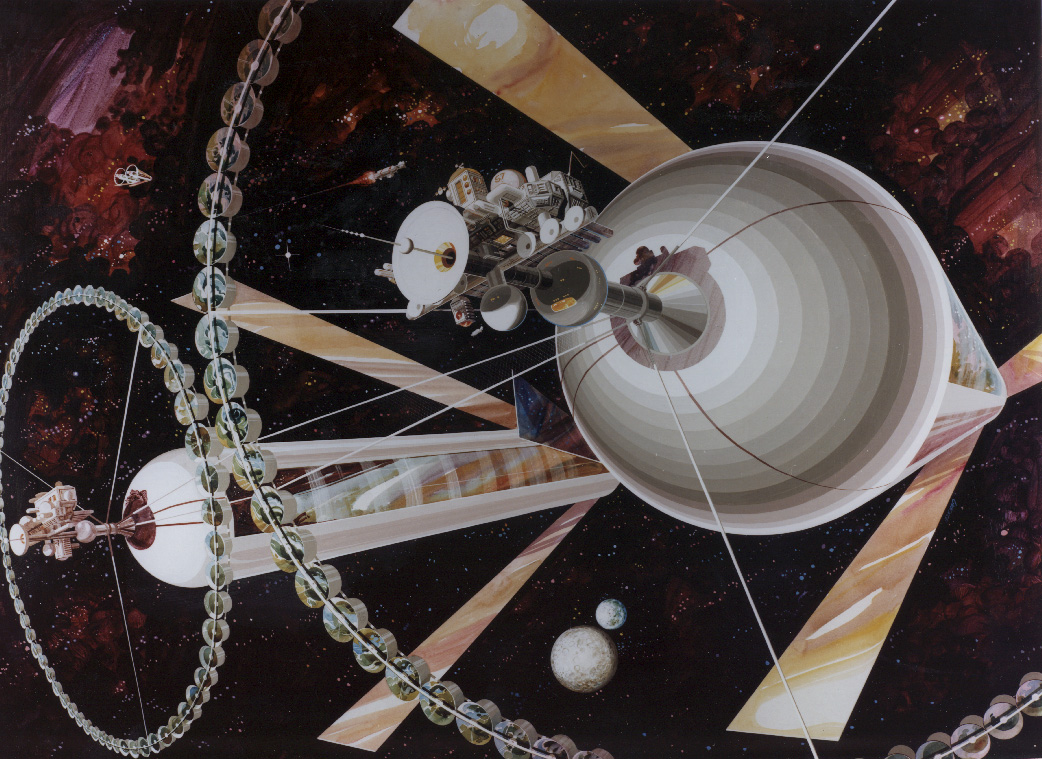 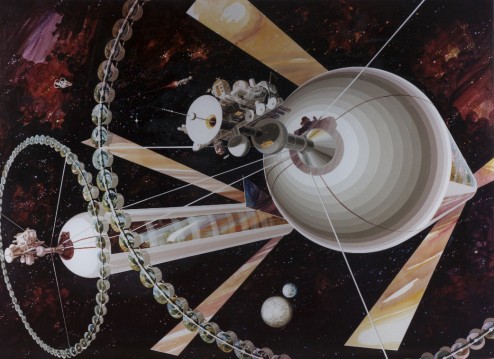 Summary Judgement:  James Kelly de-romanticizes life in space with such skill as to make me thank the gods for gravity and magnetic fields.  However, that doesn’t change the fact that this story only qualifies as a story by the thinnest of margins.

Republished in February’s issue of Lightspeed Magazine, James Kelly’s Breakaway, Backdown seems, at first, to be a rather pedestrian affair.  The story consists of one half of a conversation between Cleo, a would-be astronaut who “backs down” from a permanent commitment to life in space, and Jane, a girl working at a shoe boutique.  At no point in the story does Jane actually speak.  Readers must fill in her dialogue on their own as they read Cleo’s reactions to Jane’s rather obvious interrogatives.  This odd narrative construction leads me to my first question about the story: if a female character talks to another female character who never speaks back within the text, does the story pass the Bechdel Test?

For the moment, let us set aside the sociological issues and explore the potential advantages of such a unique writing style.  Forcing the reader to fill in the blank dialogue has the benefit of directly inserting said reader into Jane’s character.  There is an instant empathy for poor Jane as she has all of her naive thoughts on life in space summarily blown to smithereens.  The counter point to that benefit is that the story seems to presume that Jane, and by extension anybody reading the story, is ignorant of the science facts that Cleo dispenses.  While this approach might work for some, those familiar with “hard” science-fiction would be well advised to prepare for a sermon on the rigors of life outside the Earth’s atmosphere.

Both the story’s style and content had me set to write it off as a thorough waste of time.  Then I found out that the story was originally published in 1996.  The story’s age forced me to reconsider my initial line of inquiry.  Make no mistake, I’m not backing down on the clumsy style.  This isn’t a story; it’s a preachy sermon.  However, the content within that lecture has more weight when its age comes into play.

Cleo lived in space for eighteen months before backing down from a life as a spacer.  In relating that story to Jane, she discusses some of the very real problems that humanity will have to endure when living in deep space: osteoporosis, muscle atrophy, clogged sinuses, nausea/space sickness and the very real dangers of leukemia from direct exposure to cosmic and solar radiation.  Cleo even manages to make sex sound tedious and underwhelming for want of gravity.

““Most hetero temps use some kind of a joystrap. It’s this wide circular elastic that fits around you and your partner.  Helps you stay coupled, okay? ”

Upon a first read through, none of these insights seemed particularly interesting to me.  I’ve read my fair share of Robert Heinlein, Kim Stanley Robinson and Issac Asimov thus I’m well aware that space is a nasty place that would probably kill me before it gives me a chance to have a roll in the holodeck with an open minded and uninhibited Orion slave girl.  But what about fifteen-year-old Adam?  What would he have thought if he read this story back in ‘96?  He wouldn’t scoff at James Kelly and say, “If we can go to Saturn then we can use gene therapy and advanced engineering to endure the rigors of space.”  No, fifteen-year-old Adam would have read this story and asked himself why nobody in the Babylon 5 universe seems to suffer from any of the above problems.  There’s no deflector shields a la Star Trek and a bunch of Earth Alliance starships have no artificial gravity.  Somehow, though, everybody is good and healthy in the Earth Alliance military.  For that reason, fifteen-year-old Adam would have been floored by the horrors of space travel as portrayed by Kelly.  Star Trek, B5, Blake’s 7, Space: Above and Beyond, Space 1999, Battlestar Galactica and other staples of my childhood never bothered to explore the real dangers of space.  They made it seem easy.  This story draws upon now established, then theoretical, science to prove that it will be hard.

Still, Heinlein, Robinson and Asimov were writing about the biology of space travel well before Kelly published his story.  Why then was it worthy of publication in the gold standard of sci-fi magazines?  In my estimation it has nothing to do with empowered females, implied lesbian liaisons or other elements better left to sociologists – all of which are present, all of which are notable but none of which seem particularly avant garde for ’96.  The strength of Kelly’s writing is that it manages to create a group of post-humans entities without resorting to the tropes of genetic engineering.  “Breakaways”, the subset of humanity that have committed to living and working in space, are the product of their environment. There are absolutely no references to re-sequencing genomes for these space people.  As a result, life among the void becomes a life of biological sacrifice.  These astronauts regularly cut away parts of themselves that serve no purpose in microgravity.  In some instances, “Breakaways” endure body modification surgery to make gravity-evolved limbs more useful in space, an opposable big toe for example.  This is a terrifying example of the post-homo sapien evolution that space exploration could precipitate.  Futurists may wrap themselves in a Gattaca-esque mythos of gene therapy when they dream of life among the stars, but the cold hard reality of Kelly’s vision should always be lurking in the background.

Veterans of hard science fiction literature will likely find nothing new in this story.  Despite its potentially condescending tone, the story remains unapologetic in the details that it offers.  Never before have I read such a clear vision of what the rigours of life in space could demand of us.  Even Heinlein and Robinson seem candy coated compared to the evolutionary crossroad that Kelly offers.