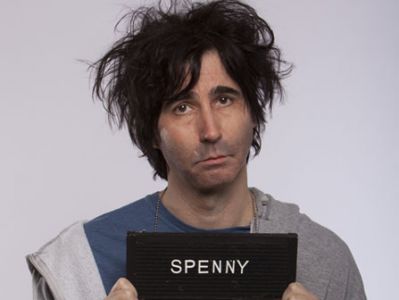 Summary Judgement:  Spenny playing Spenny offers all the wit and charm of the comedic stylings of Abbot and Abbot.

It’s all too tempting to take Single White Spenny and compare it to Spencer Rice’s previous show, Kenny vs Spenny. Where the eponymous KvS Spenny was a likable punching bag who oozed pathos within the confines of suburban gladiators, this new iteration of Spenny lacks any discernable charm.

The bland nature of Rice’s character is even more disappointing considering the show’s promising premise.  Having emerged from a recent divorce, Spenny introduces himself as an emotionally stunted man-child that is incapable of forming a meaningful relationship with another person.  Within the opening credits Single White Spenny positions itself as a series that encourages its audience to take pleasure in the misery of its central performer.  Perhaps it is my prejudice as a Kenny vs Spenny devotee but the glorious schadenfreude that drove KvS is not working for Single White Spenny. As much as I would like to place all the blame on contrived scripts that demand more suspension of disbelief than the Green Lantern mythology, part of the blame has to fall on Spencer Rice as Spencer Rice.

Spenny embodies the worst aspects of The Dude and a Vulcan.  Spenny seems content to abide everything that comes his way, no matter how bizarre.  From his divorce to an unconventional relationship with a monkey, all of Spenny’s reactions seem limited to a narrow range of nonplussed incredulity.  Moreover, Spenny appears to exist in a strange world of moral ambiguity.  In the series’ premier episode Spenny establishes an emotional co-dependency with a sexually repressed woman only to consecutively engage in a Kill Bill style quest for revenge sex.  While nobody in the show’s cast is particular proud of Spenny for his actions, especially his lone friend, Chelsea (Amy Matysio), their outrage is oddly muted.  I’ll admit that the show could be trying to say something about society’s cavalier attitudes toward sex.   However, any such subtextual criticism is lost amid a sea of plot twists that are so predictable they practically possess their own descriptive video.  As the show offers no take away message nor does its central character display enough outward suffering to trigger a comedic response, I have to wonder what’s left holding things together?

To the show’s credit, there are a few moments of genuine comedy.  Spenny’s narcissistic and emotionally detached mother, Sheila (Debra McGrath), is the bright point of the show’s second episode, “Mothers”.  It takes a certain kind of je ne c’est quoi to see a character abandon his biological mother for a woman he met in a drug store without having the gag devolve too far into the realm of the Oedipal Complex.  Although “Mothers” is the best offering to date, it is rife with concentrated drivel and unoriginal sitcom archetypes. Most notably, the Sheila character seems less like her own person and more like an amalgam of Arrested Development’s Lucille Bluth and the mom on Two and a Half Men.

With plot mechanics similar to the premier episode, “Mothers” offers a glimmer of hope that it might be trying to use comedy to explore the dynamics of the mother-son relationship.  When a flu stricken Spenny meets his would-be mother she asks if he has anybody to take care of him.  Spenny admits to having neither a wife nor girlfriend and that his mother is just a lady that he has lunch with from time to time. That one line led me to hope that Single White Spenny might go the route of Fight Club in exploring “a generation of men raised by women”.  Instead, it opts to take the low road with Shelia and the usurper writing an exam to prove their love for Spenny.

After three episodes, Single White Spenny feels more like a desperate attempt for the show’s creator and star to distance himself from his past work than a genuine attempt to amuse its audience.  Despite its efforts, the show’s writing is not consistent enough to be tounge-in-cheek, let alone subversive. At the same time, the Spencer Rice character lacks sufficient nuance to evoke either empathy or a callous laugh.  Spencer Rice as Spencer Rice is simply too stoic for his own good.  While the histrionic Spenny of Kenny vs Spenny may not have been the real Spencer Rice, he at least offered more personality than Spencer Rice’s newest creation.