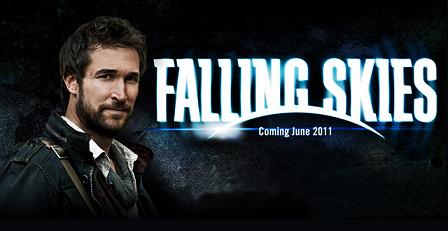 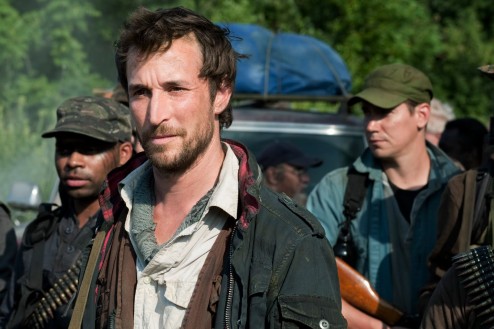 Summary Judgement:  Despite the Spielberg touch, Falling Skies is an underachieving and exposition heavy plod through the familiar gimmicks of an alien invasion story.

There’s a lot to say about Falling Skies, and not much of it is complimentary.  While the show does have its own unique flaws, I must, for the sake of fairness, point out what I perceive to be the near impossibility of telling a good alien invasion story.

The issue at hand is what I call the Wells Paradox: wherein, the capacity for narrative depth within the invasion is inversely proportional to the efficiency of said invasion.  Consider your average alien invader: they have mastered not only space flight but also space militarization.  Let us then assume that somebody within that alien civilization figured out that it is better to attack your enemy from higher ground.  Rather than using starships for low altitude energy weapon bombardment (Independence Day), deploying ground forces to pacify population centres (Battle LA), or establishing a diplomatic mission as a cover for nefarious deeds (V), why not sit in orbit and bombard the Earth with kinetic weapons?  No need to waste energy and resources on lasers or fusion bombs when throwing rocks from the asteroid belt will kick up enough dust to kill all the humans.

H.G. Wells, for whom I have named the paradox, found the only workable solution to the conundrum: let the aliens win.  In War of the Worlds the Martians kicked humanity’s collective ass through use of biological weapons.  The depth within the story is limited to one man who embodies humanity’s perpetual retreat from the aliens.  Only the deus ex machina of the common cold saved Wells’ protagonist from suicide in the face of an impossible situation.

Unfortunately, mass suicide and wholesale destruction does not translate well to television or film – unless you want to draw immediate comparisons to H.G. Wells or Battlestar Galactica.  Therein do we find the quintessential problem with Falling Skies. In order to create a series that has some staying power, the alien invaders, known only as Skitters or Cooties, haven’t really planned out the best invasion.  After deploying an electromagnetic pulse that seemingly takes out all of Earth’s electronics, the Skitters achieve air dominance, deploy ground forces in the form of bipedal battle mechs and start rounding up teenagers to use as slave labour.

Out of the gate, this array of characters failed in their attempt to make an emotional connection with me.  I blame this on the fact that with the exception of John Pope (Colin Cunningham), a convict turned scavenger turned cook, there’s not a lot of genuine emotion coming off any of these characters.  Where’s the bitterness?  Where’s the tenuous grasp on sanity?  Where’s the kook who calls his gun Charlene? Where are the hard-core religious zealots talking about the wrath of god?  Other two lapses in judgement during combat, one Noah Wyle hissy-fit at the base, and a girl who is content to turn the other cheek to the alien invasion, these people make post-apocalyptic life seem like a camping trip.

Part of this problem has to stem from the fact that the scripts are plagued by exposition.  Falling Skies premier episode had Noah Wyle et al making no less than six references to the fact that Tom Mason was a professor of military history.  After one reference, I understood that he would be able to transfer his knowledge of tactics and asynchronous warfare to the militia.  Following the fifth reference, Mason looked like an under-qualified candidate in a job interview, desperate to prove that years of writing a wordpress blog translated to web design experience. I don’t blame Wyle as much as a combination of bad writing and poor directing that under utilize Wyle’s acting abilities.  Other examples of this exposition can be seen in Matt Mason’s incessant whining about wanting life to go back to normal, the supporting cast’s “we miss our children” refrain that lifts imagery straight from Battlestar Galactica and Hal Mason’s cliché ridden romantic sub-plot.  Spoiler alert: after fifteen minutes, the show all but sends you a telegram to let you know there is going to be a love triangle.

The real tragedy in the exposition is that it manages to demystify what should be an unknown situation.  On a few occasions, Falling Skies dips its toe into the horrors of war.  While the aliens’ endgame is unknown, they are using psychological warfare and child soldiers to achieve their goals.  Yet after each occurrence of those horrors, Tom Mason is there to explain it all away, usually with oblique references to things that Nazis used to do.  There’s something a little too convenient about those explanations.  There’s no “other” to fear in aliens that utilize the same tactics that the Romans did to enforce order within the Legions.  Also, with professor daddy ameliorating the horrors of war, the scripts effectively sabotage any potential for long term character damage.  Sufficed to say, I don’t expect to see a Colonel Tigh emerging among the Falling Skies ensemble.

If the bloated writing isn’t enough to shatter disbelief, the questionable science certainly accounts for any shortfall.  The problem isn’t so much that the science is bad, it’s that it is half-bad.  Case in point: the aliens begin their invasion by firing off electromagnetic pulses around the Earth.  The thing with EMPs is that they only disable active electronics, not everything manufactured post-1960.  While it might look MacGuyverish, ergo very cool, to see survivors building radios out of vacuum tubes, it probably wouldn’t be necessary given that the military, which is indirectly supporting the resistance, has access to hardened technology that will resist EMPs.

Then there’s the latest episode in which the survivors are trying to communicate with a captured alien.  The resistance’s chief medical officer says that the Skitter could have a vocal range outside of human auditory capacity, a very good point.  Rather than holding up a chalk board that says 1+1=2, as every scientist knows that math is the only universal language, that self-same CMO opts for psychological torture as a means of opening a dialogue.  This tendency for characters to state aloud that they recognize the invaders as aliens only to do something purely nonsensical is a fixture within Falling Skies. A similar situation occurs when two characters are busy expositing on how six legged aliens build two legged battle mechs.  It’s as if the writers are trying to hang lanterns on all the things that insufferable piss ants like myself are going to point out.  Yet, for all their efforts they are only accentuating the flaws that drive the show.

Despite lurching through its first four episodes, Falling Skies isn’t without potential salvation.  Cathartic as it might be to see the humans score a few victories, the Skitters need to get their shit together and punish the resistance for their impudence.  No more of this penny-ante teenage slave taking – which is a complete and total lift from The Tripods novels and TV show.  For all their subjugation of the Earth, the stakes within the show still seem impossibly low.  As the supporting cast already feels as disposable as spent facial tissue, killing off a few ancillary characters would probably be a good place to start ratcheting up the tension.  It might also be a good idea to let the actors act.  Most of the cast seems quite capable; perhaps they could evoke some emotion rather perpetually chattering about their feelings.

I doubt Falling Skies will do for alien invasions what The Walking Dead has done for zombies, but with a few changes it could potentially rise above its current blasé mediocrity.