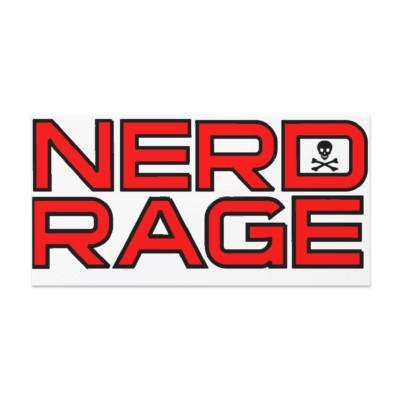 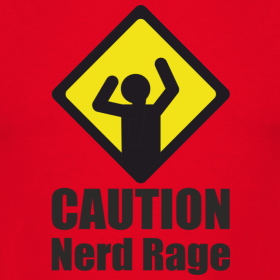 The Short Version: When tech support advises hacking the game to get around digital rights management, it’s time to take a long hard look at modern copy protection methods.

The Long Version: I love video games, but I think I’ve finally reached a bit of a tipping point.  Monday afternoon my copy of Dragon Age: Origins Ultimate Edition went mental and decided that I wasn’t allowed to use the downloadable content that came bundled with the title.  While the core game still worked, I could no longer continue my quest as the save game file was written with functional DLC.  Setting aside the fact that I had already invested twenty hours into this particular campaign, the situation angered me as I’m not one to appreciate machines telling me what I can and can’t do with things that I have paid for (incidentally the same reason why I will never trade my PC for a Mac).

My rage only grew when the EA/Bioware support page said that this was an “ongoing issue” and the company appreciated my patience while they tried to solve the problem.  They wanted patience despite the fact that no information was given on when the issue started or how long it was expected to continue.  Paitence? Patience!  I’m a gamer, that means my patience has about a fourteen second half-life.  Unsatisfied with the “ongoing issue” explanation, I called EA/Bioware support to ask for more details about the problem.  Wherein, one of their support people proved that humans can in fact be less helpful a hastily arranged stack of bricks in diagnosing technical issues.

Support Drone: “At this time I can’t give you any additional information.  You’ll just have to wait until we fix it, we appreciate your understanding.”

Me: “I appreciate that this isn’t something that you, personally, can fix, but your answer leaves me less than satisfied.  Please put me through to your supervisor.”

Having worked in a call center after university, I know that when you ask for a supervisor, you’re not actually getting a supervisor.  What happens is that you get sent to an “escalation” team that is full of people who say they are supervisors.  The only benefit is that if they can’t fix the problem, they are usually authorized to offer some sort of compensation.  In my case, I got a 20% discount off the purchase of my next EA title.  Too bad that discount won’t apply to any purchases made through Steam or Impulse.

At about this point my girlfriend, who is not a gamer but I don’t hold that against her, took notice of my fuming about the living room.  “What you’re saying,” she began after I explained the genesis of my fury, “Is that something is broken with Bioware and you can’t play the game you paid for because of it?”

““This isn’t like that Playstation Network thing? Is it?”

““No, this is a single player game that I want to play all by my anti-social self.”

The following day I made another call to EA/Bioware support and got hold of a lovely lady named Catharine.  Upon reviewing the details of my grievance, Catharine guided me through a little hack that restored Dragon Age’s DLC to functionality. Moreover, the DLC now works regardless of if I am signed in with my in-game EA account.  All I needed to do was open a file in notepad and change a bunch of 1’s to 0’s.  There wasn’t even any crypto.

Perhaps it’s an oversimplification of a complex issue, but if tech people are guiding legitimate end users through soft hacks of their product’s security measures then it’s time to re-evaluate the purpose and function, or lack thereof, of digital rights management.

In my mind, DRM was created to make pirating software more troublesome than actually purchasing the product in question. Despite the best efforts of digital rights managers, any nine year old with an ounce of tech savvy can download and crack any video game or application that is on the market.  For those who want to steal software, DRM is something to laugh at on message boards.  Given such a market, actually paying for a product isn’t merely adherence to laws that the public rejects out of a Robin Hood-esque sense of entitlement, it has transformed into a personal covenant with the company in question.  When I give my money to a video game developer, I’m making a choice to support everything that goes into their product.  As a paying gamer I now find my loyalty rewarded with wonky security measures that hamstring my gaming experience.  No wonder PC gaming is dying a slow death.  Who wants to put up with all this hassle when they can drop a DVD into a console system?

Perhaps it is time for software companies to abandon this oddly evolved attitude of paternalism in the name of protecting intellectual property.  I don’t begrudge EA/Bioware a right to safeguard their work but when hacks are the only way to make a legitimately obtained piece of software work the way it was designed to, then it’s time to throw out the playbook and come up with something new.  Like I said, DRM was designed to make pirating more troublesome than purchasing.  I offer this experience as proof that the opposite is now true.

The next issue would be for Bioware to stop using DLC as a backhanded justification for releasing three-quarters of a game while tacking on an extra 50%-100% of the cover price over the lifespan of the title for anybody who wants to experience the entire game.  But that’s a rant for another day.

Oh and for posterity’s sake, here are the directions that EA/Bioware support gave me to get around the DRM with Dragon Age: Origins Ultimate Edition.

2. Make a backup copy of the file “addins.xml”,

3. open addins.xml in notepad, or any XML editor. (I used Notepad++)

And then restart the game and check if the all of the DLC appeared to work or not.