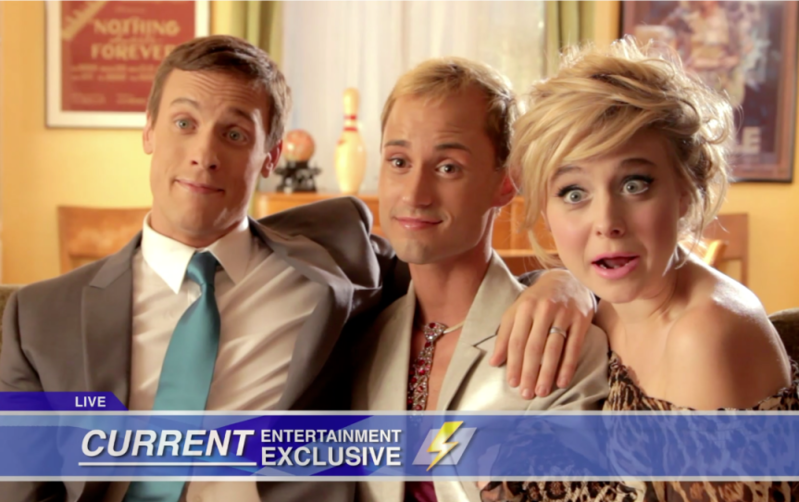 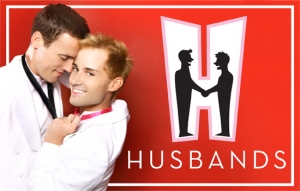 Summary Judgement: Husbands has the best laugh to runtime ratio of any television series I’ve ever seen.

Even if you haven’t heard of Jane Espenson, there’s a good chance that you’ve heard of something she’s worked on: Battlestar Galactica, Caprica, Torchwood, Game of Thrones, Doll House, Warehouse Thirteen, Eureka, Firefly, Buffy, she even wrote a couple episodes of that Dinosaurs show from the mid-90s.  Through all those episodes of all those various series, a pattern started to emerge.  No matter how sophisticated the overall story, episodes  that had Jane Esponson’s name attached to them always seemed a little more subtle, a little more apt to ply the audience with subtext, dare I say it, a little smarter.  The expectation of intelligence on behalf of the audience is at the very core of her new web series Husbands.

Though only two episodes have graced the internet, I’m going to break my “three episode minimum” rule and write this review a wee bit early.

Husbands tells the story of two openly gay men and the aftermath of their drunken Vegas wedding.  Cheeks (Brad Bell), America’s self-proclaimed gay sweetheart and Brady (Sean Hemeon), an openly gay major league baseball player, wake up in a trashed hotel room to find themselves married despite the fact they had only been dating for six weeks.  As one would expect, shit hits the fan from there.

Though the episodes are relatively short, tragically short if we’re being honest about things, they’re balanced by the fact that they are stupendously funny.  Granted a good web series has to deliver this kind of mile-a-minute laughter, Husbands does so without feeling contrived or forced.  That’s no small feat considering that it takes an established gimmick of television writing, the accidentally married couple, and reinvents it for the twenty-first century.

Beyond the fact that it makes me laugh, I think Husbands will likely prove to be an important piece of storytelling.  First and foremost, it is set in a world where all Americans, regardless of sexual orientation, enjoy equal marriage rights.  But even as I laugh with the series, I can’t help but think about all the people in North America (yes, we still have them in Canada despite legalizing gay marriage) who cling to dogmas, doctrines or individual rationalizations for denying full rights of citizenship to non-heterosexuals.  There’s a cheeky meta-humour in play where the idea of two newlywed men in a hotel room makes millions of people feel awkward if not outraged.  Tempting as it may be to take that knowledge to a place where it becomes Schadenfreude, Husbands draws something much more important into play: a normalization of gay marraige.

For what is television if not the place where things become normalized?  Television and especially television comedies set benchmarks for acceptable ideas within public discourse.  Think about the number of swear words that have become part of the common parlance because they appeared in a sitcom.  Of course, for every Jack Harkness there’s a Doctor John Dorian – a character who by all rights should be gay, or at least a little bi-curious, but isn’t because it might alienate the audience.  While no piece of entertainment will ever appeal to a person dead set against its driving idea, in this case gay marriage, the more an idea appears for public consumption, the more normalized it will become within the public consciousness.

It also merits mentioning that Husbands charts a new direction for the web series as an entertainment medium.  Consider the first, and only, three web series that easily come to my mind: Doctor Horrible, The Guild and The Legend of Neil. All three series have devoted fan bases but all three are, dare I say, genre pieces.  Indeed The Guild and Neil depend heavily on the audiences’ association with online gaming and Zelda, respectively.  Husbands, however, caters to no particular subset of the audience.  It’s straight up comedy that even a hetero uber-nerd like myself can appreciate.

The bottom line is that Husbands is clever and perhaps even happily subversive in its take on the newlywed comedy genre.  For that reason alone everybody should give the show a watch.  Kudos to Jane Espenson and Brad Bell (both of whom have standing invitations to come on the podcast) for their outstanding creation.

UPDATE: Shortly after I published this review, Jane Espenson and Cheeks joined me on the podcast for a chat about the series.  Click here to listen to it.