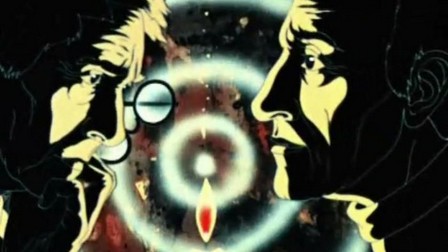 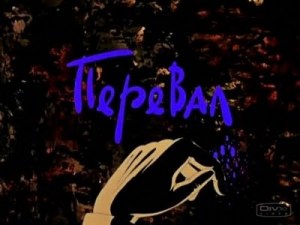 Summary Judgement:  It’s good.  I just wish I understood what the hell was going on.

Warning: There are some VERY unusual lighting effects in this movie.  If you suffer from epilepsy, it’s probably best to give this movie a pass and come back for Fiction Friday.  Yeah, you’re laughing right now, but I’m being serious.  Fine, go ahead, ignore me.  When you wake up from the seizure in the year 2525, don’t blame me.

Right, it’s been a bit of a long month for me.  Although NaNoWriMo has been an amazing experience, it has left me strapped for time to dedicate to reviewing books, games, short stories and so on.  Thankfully, I found Pereval as I was reading through my RSS feeds this morning.

At first glance, I don’t really know what to make of this movie.  Released in 1988, a year before the Berlin Wall came down and three years before the ultimate demise of the Soviet Union, I’m not sure if this is a pro-state propaganda piece or an odd attempt at counter-culture film making under the auspices of Gorbachev’s glasnost policy.  I could make a case for both.

The story, which isn’t immediately obvious, centers on a camp of survivors who find themselves marooned on a hostile planet after the crash of their starship.  Getting back to the ship whereupon they can signal Earth requires passing through a treacherous mountain pass or Pereval in the original Russian.  None of the old folk of the would-be colony think they can make the trip back to the ship.  Instead, the strongest of the old folk and a group of the colony’s teenagers set out on the journey.

On the surface, the movie plays out like a piece of Western fantasy.  There’s a quest, a magic object (in this case a Geiger counter), monsters/aliens, a journey wrought with peril, and the journey is transformative for the protagonist.  The subtext might be a mishmash, but the structure is nice and accessible.  Of course getting from A to B is an absolute acid trip that didn’t leave me uncomfortable so much as it confused the ever loving crap out of me.  As mountains and valleys melted into pages of books I felt like I needed to be high on peyote while listening to Dark Side of the Moon in reverse all the while eating a scallion and cheese sandwich before I could exactly understand what is going on.

Despite my confusion there are a few things that stand out as significant.  When the kids get to the wreck of the starship it looks nothing like a starship.  It’s a monolithic, art deco series of connected rectangles that looks more like a monument than a vehicle.  I’ll be damned if I know whether it’s a monument to the glory of communism, the coming together of West and East such that the Earth can explore space, or a veiled reference to some other piece of Russian SF that is outside the scope of my knowledge.  Another thing to note is that the movie’s visual palette changes within the walls of the starship.  The planet’s seemingly frozen environment is shot primarily in black and yellow scales.  Things are dull, bleak and populated by carnivorous land jellyfish that the survivors call “Night Monsters”.  Inside the ship everything is soft hues that run 360 degrees around the colour wheel.  Again, any interpretation of this contrast will inevitably come down to how a viewer chooses to approach the story.  Does the ship represent Earth as an abstraction set against the horrors of the nameless planet, or more specifically the Soviet Union in all its glory.

When the teenage protagonist, Oleg, takes a phaser to the cabin of the ship where he was born, is he rejecting some form of Western decadence?  Is it Kantian on a fundamental level wherein he is rejecting immaturity and embracing intellectual independence such that he can enter manhood and thus return to Earth?  Is he just tripping balls and I’m reading too much into this movie?  Pereval leaves me with these and many other questions.  For that reason, I’m inclined to recommended Pereval.  It’s a think piece, of that there can be no question.  But it’s the sort of think piece that I could see translating into a very good discussion over a pint or two, or perhaps a podcast.  Seriously, if you have a read on this movie and want to talk about it, send me an email.

While Tarasov’s 1985 animated short Contract certainly seems to take a swing at capitalism, (I haven’t seen it, I just read a synopsis) the political ambiguity of Soviet Union in the late 80s suggests that there might be more than one reading to this half hour of storytelling.  Regardless of the “right” interpretation, the experience of watching this movie is one that I won’t soon forget.

+2.0 for dripping with subtext, obfuscated as it maybe.

+1.0 for being a fun/surviving piece of Soviet-era popular culture.

+0.5 for its soundtrack, despite the singing parts.

-1.5 so trippy that I don’t think most people would watch the whole thing.

For your viewing pleasure, embedded video of Pereval