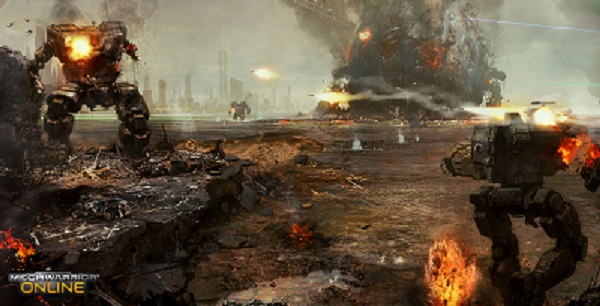 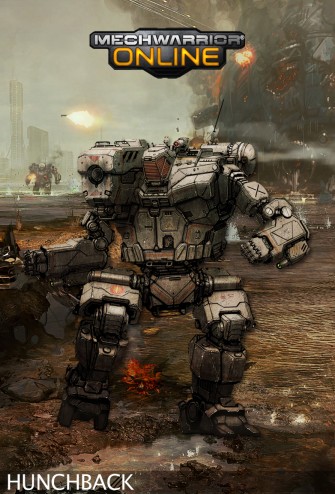 The Short Version:  I’m glad to see that MechWarrior is back, but I think making this a free-to-play game is a bad idea.

The Long Version:  Today started out on a bright note.  Director and renowned PC gamer Duncan Jones re-tweeted a link to some long awaited news on the fate of the MechWarrior franchise.  This was a welcome surprise as it was in July of 2009 that Piranha Games first announced that they were working with FASA/WhizKids to reboot the long slumbering IP.  As a long time BattleTech/MechWarrior fan (I might have a collector’s edition and original release of the Jade Falcon Trilogy novels on my bookshelf) I was positively giddy when I saw the concept video that Piranha floated around the internet.

Then the rumours started.  The promotional video for the game featured BattleMech designated “The Warhammer”.  The Warhammer, along with a half dozen other classic ‘Mechs that came with the launch of BattleTech as a tabletop game back in the 80s, bore a striking similarity to the mecha of Super Dimensonal Fortress Macross or Robotech to us North Americans.

There’s a long and ugly history between FASA and Harmony Gold, Robotech’s distribution company, that I won’t bother to detail here.  Sufficed to say, gamers and game insiders made the assumption that Harmony Gold cited old grievances and filed a cease and desist order against Piranha Games.  Though Piranah’s development blog claims otherwise, the noticeable absence of the Warhammer from the ‘Mech lineup on their website gives me reason to suspect that legal actions took place.

Officially, Piranha Games states that the delays were due to the big five publishers all passing on their MechWarrior pitch.  Though, they do credit their work on MechWarrior as something that helped the company secure the Duke Nukem Forever contract.  Wow. Duke Nukem.  A muscle bound chauvinist and half naked sprites is so much more fun for me than giant robots set against the politics of the Inner Sphere.

At any rate, the official word came in yesterday when Piranha Games announced MechWarror Online, a free-to-play first person MMO.

Pro: The game is moving forward.

Pro: It’s set in late 3049 which means you can bet your ass that the Clans are going to invade the inner sphere.

Pro: Promises for heavy customization as well as the ability to form lances and mercenary corporations.

I’ve said it before and I’ll say it again.  There’s no such thing as a free lunch in video games unless you’re a pirate or it’s a shareware title.  Innocuous google ads on loading screens and in-game billboards don’t generate enough income for a developer to stay in business.  Unless the boys and girls at Piranha are really working out side of the box, it’s going to come down to micro-transactions as a means of real world income generation.

To placate the angry hordes, the devs have promised that access to better weapons and “game winning” equipment are only going to be accessible through actually playing the game.  Thus, I expect that would-be MechWarriors will be paying for the privilege of driving specific ‘Mechs while the free players will be relegated to their own pool.  As egalitarian as that might sound, I don’t think it will work.  In fact I think there is a fundamental flaw to the concept of doing MechWarrior as a free-to-play game.

I say this as an old-school MWL player from back in the days of MechWarrior 4: Mercenaries. At that time, I was a blood named member of Clan Hells’ Horses at the rank of Star Captain.  Granted that means nothing to most people.  However, I’ll happily expose my nerditude if it establishes my credibility as an expert on BattleTech/MechWarrior.

Part of the fun of playing in MWL was the tactics.  During a league match, battles could take as long as an hour to resolve themselves as the opposing forces played cat and mouse about the map.  Even when a battle ended in ten minutes, it remained a game of strategy and immersion (we all played with joysticks and throttles) with blowing shit up as a fun fringe benefit.  Toss a bit of Space Opera back story into the mix and MechWarrior brought out the most dedicated of PC gamers.  There were no casual MechWarriors; you either loved it, or you didn’t.  A game that evokes such a strong dedication from its gamers is problematic for a free-to-play title.

The very nature of free-to-play gaming is that you want as many people playing as possible.  That means fast paced play with continual feedback and gratification.  It’s the reason why everybody plays Farmville. At most people have to wait a minute before a “winning” event occurs.  That method of manic game play is utterly incompatible with MechWarrior.  If Piranha dares to change the very thing that drew people to MechWarrior, it will create such a shit storm of nerd rage that none of the old guard will go near this new iteration.  Meanwhile the game will have to market itself to the very outsiders who didn’t bother playing MechWarrior when it was popular on the PC from 1989-2002.  Will those folk be willing to pay for the privilege of piloting a Vulture II-C or an IS-Awesome when one giant robot is pretty much the same as the next?  Piranah could pour millions of dollars and the next year of their staff’s lives into making a game that nobody will pay to play.

The smarter move is to keep the format of the game in-line with that which has already been established, and pitch the product as a subscription service game.  PC gamers like supporting companies that give us what we want.  Anybody who ever fought with Microsoft’s “Zone” to find a MWL match or cried into their beer while a private website crashed and took with it the records of a year’s worth of league play, will swear fealty to a company that centralizes all of that into one platform.  In sum: if you build it, we will pay, but only if we are all paying the same amount.