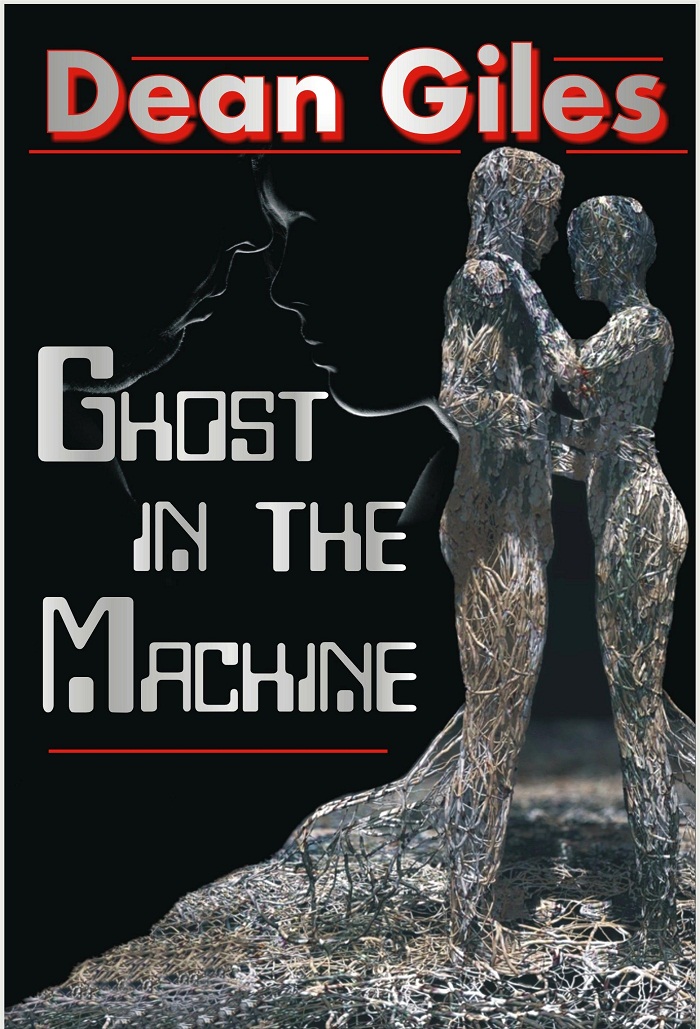 Summary Judgement: Strong and thoughtful speculative fiction that blends themes of philosophy and technology into a single narrative.

Ghost in the Machine is the second of Dean Giles’ short stories/novelettes that I’ve had the pleasure of reading. Once again, I found myself engaged with a text that works within familiar conventions, in this case a tale of near-future cyber-crime, but charts a new direction therein.

First, a word on what it’s not. Any time I see the word “ghost” associated with technology, I brace myself for an artificial intelligence gone wrong fiasco. Case in point: that episode of The Outer Limits where Mark Hamill built a virtual environment to try and save his girlfriend in a coma. Unfortunately, the AI running the environment was actually the personality with whom he ended up having freaky late-90s VR cybersex. Thank the gods that Ghost in the Machine not one of those stories.

Although the expression “Ghost in the Machine” is a popular episode title within televised science fiction, notable examples include Stargate Atlantis, X-Files, and Caprica, the phrase originates in British philosopher Gilbert Ryle’s The Concept of Mind. In this work, Ryle criticized Rene Descartes suggestion that there was a duality to the mind/body relationship. It takes a few twists and turns to get there, but the Cartesian note upon which Mr. Giles concludes this story is unmistakable.

GitM focuses on an insurance salesman named Dexter. Readers are thrown headlong into Dexter’s life where they discover that his wife has recently absconded with their two children. This leaves Dexter a miserable son of a bitch who retreats into a booze and drug filled cyber world. When he’s not uploading his wife’s likeness into a piece of “femware”, he’s trying to hack her bank accounts so that he might find a trace of where she went. Dexter is one of those delightful sorts of protagonists who is quite obviously a scum bag, yet through a singular purpose and despite questionable means somehow remains endearing to the reader. He simply wants to know why his wife left. Is it another man? Is it something he did? Witnessing an individual needing to know why something has happened is an instant empathy generator and likely the reason why Dexter works as a character.

Dexter’s quest to find his wife takes him into the technological underbelly of this not too distant future. In a world of pub tables with user interfaces, true three dimensional monitors and gaming chairs that enhance immersion by firing electric impulses into a person’s spine, Dexter comes across a way to directly connect his mind to the internet.  The world building that gets the character to this place is nothing short of fantastic. In fact, the only thing better than Mr. Giles’ means of connecting innovations in military hardware to consumer electronics is the persistent way in which the story flirts with ideas of post humanism. At the same time, it’s the quest for family and a sense of belonging, both universal and easily accessible concepts, that keeps the narrative on pace.

Thus do we return to Descartes. GitM takes a pretty clear stance on the Cartesian relationship between mind and body. However, it’s not a purely philosophical exercise.  Dexter’s quest raises larger questions about human integration with technology and the extents that people are willing to go to for access to said technology (Apple, I’m looking at you). Though never answered, the story also asks what it is that some people find online that they can’t seem to ever get in the real world. Once the setup is complete the novelette is simultaneously a study in psychology, speculative fiction, and horror.

My only complaint is with found within the last two pages of the story. The end just sort of happens.  A narrative rife with tension and steady escalation comes to a resolution that is a little too Zen for my liking. Dexter simply abides the fate that Mr. Giles has crafted for him.  Given the turn toward the macabre that the plot took, I think I expected a bit more suffering.

In the end, Ghost in the Machine is a strong piece of speculative writing. Issues of post and trans humanism as well as humanity’s relationship with its technology are anchored into the realm of the familiar through the protagonist’s quest to find his family. The world in which events unfold is familiar enough to draw a reader in, but alien enough to evoke a measure of technophobic discomfort. It’s the sort of formula that will appeal to genre veterans as well as those looking for something new.

+1.0 for pairing technology and philosophy

+1.0 for great speculation and ideas into the relationship between military and consumer electronics

-1.0 for the fact that the story just ends on a bit too even of a keel for my taste.