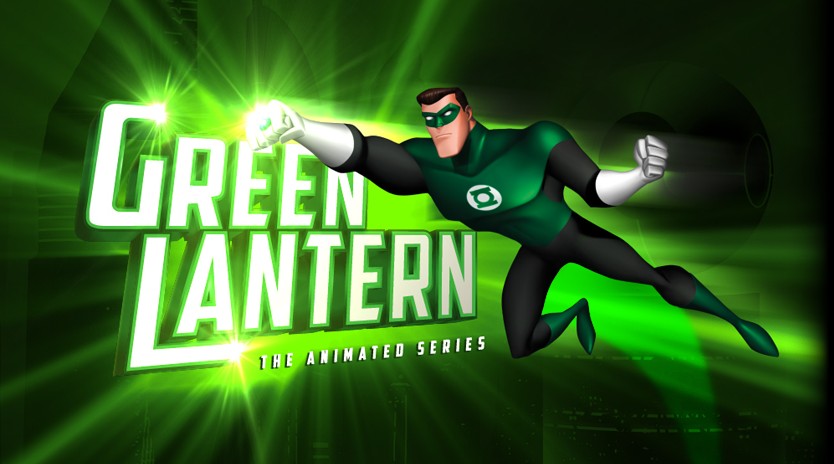 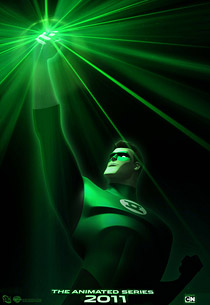 It should be obvious to even the most casual observer of television that genre programming is not doing too well this year.  I’ve made this assertion on a number of occasions, and as such feel no great need to flog a dead horse with a litany of examples.  Thus it is with no small amount of tragic irony that in genre’s darkest night, Cartoon Network is rolling out Green Lantern The Animated Series.

Wait one second here, Shaftoe, we went to go see that awful Ryan Reynolds movie of the same name.  Why should we set ourselves up for another Green Lantern brain raping?

A fair point to be sure.  The quick answer is that everything that the live action GL did wrong, the one-hour pilot of GL:TAS got right.

Let’s start with what you need to know to appreciate this particular take on the Green Lantern’s complex mythology.  Nothing.  There’s no need for preparation, back-story, or briefing.  The first five minutes of the premiere episode shows the audience everything they need to know about Hal Jordan as a man and as a member of the intergalactic police force that is the Green Lantern Corps.  I chose my verb very carefully in that last sentence as showing, rather than telling, is what the pilot episode does best.  Where live action GL burdened the audience with info dumps, maudlin whinging, and no short supply of daddy issues, GL:TAS is much more artful in its approach to storytelling as well as sharper with its dialogue.  It’s also not afraid to tell a grown up story.  Characters die within the episode’s first three minutes.  Not Doctor Who or comic book death where people get resurrected through a clumsy rebooting of the universe, I mean actual dead.

Still not interested?  Maybe I should mention that Kirkwood Smith aka Clarence Boddicker aka Red Foreman voices a member of the Green Lantern Corps.  Other voices include veteran voice actor Kevin Michael Richardson (Thundercats 2011) as Kilowog, Jennifer Hale (Mass Effect 1 and 2) as Carol Ferris, Josh Keaton (Transformers Prime, Metal Gear Solid 3, Starcraft 2) as Hal Jordan and the voice of Spongebob himself Tom Kenny as the evil Red Lantern Zilius Zox.  All in all, that is a powerful ensemble of top form talent.

Then there’s the precedent that DC has set with its various animated series in the past.  Batman:TAS won multiple Emmys for its writing.  It also setup Kevin Conroy’s voice as the voice of Batman.  Justice League and Justice League Unlimited told multi-episode story arcs that were loyal enough to the comics to appeal to the hardcore fans but innovative enough to attract a huge new following.  I count myself among that new following as I grew up with Marvel and had never even heard of the Martian Manhunter before watching Justice League’s “War of the Worlds” style pilot.  Now I can bullshit my way through a JLA conversation with the biggest of comic book nerds.

While I can’t judge the entire series based on one episode, I will say that this is the most promising thing I’ve seen on television since Stargate Universe sailed off into infinity.  Brilliant voice acting, a story that doesn’t talk down to the audience, and a history of animated success is more than enough to make me count down the days until the series resumes in early 2012.