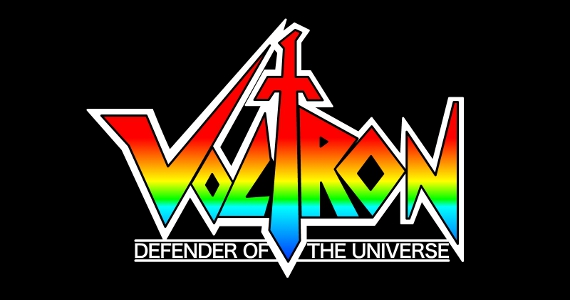 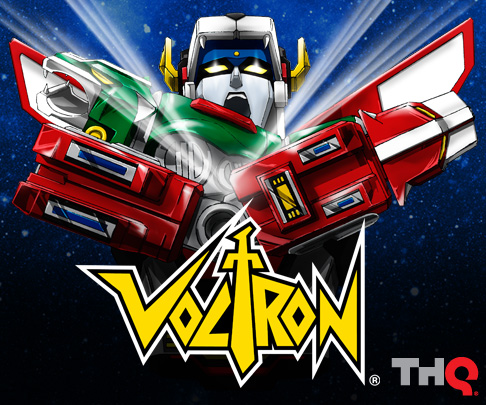 Summary Judgement:  It’s not much more than a generic bullet hell shoot ‘em up with some robot lions tossed into the mix for the sake of nostalgia.

Gods help me I actually got excited when I heard that THQ was releasing a Voltron game for Xbox Live Arcade.  As a child, Voltron was my first experience with anime and giant transforming robots.  I didn’t really pay attention to the plots or conflicts in each episode.  All I wanted was that moment when Keith would activate the interlocks thus beginning the transformation sequence.  Even as a kid I knew that everything that came before that moment, all the talking, all the robot lions fighting on their own, was just foreplay to the main event.

Despite slapping together clips from the original series and keeping the iconic Voltron music in the main menu, this entire game seems like a tribute to that aforementioned foreplay.  The one mission that the demo offers sees players blasting everything that moves in the forest outside of the Castle of Lions.  When I reached the level boss I thought that I would get to form Voltron and battle a ro-beast.  Instead, I got to run around in a circle and blast some sort of tank thing, a thoroughly unsatisfying affair.  Perhaps I’ve been playing too much UN Squadron, but even on its highest difficulty Voltron rates at best a three out of ten on the challenge scale.

Mediocre as the gameplay seems, the control dynamics are at least interesting; the left analog stick controls the lion’s movement and the right controls its 360 degree weapons turret.  Collecting various crystal shards activates a lion’s special abilities.  Red Lion breathes fire.  Black lion has a chain lightening weapon.  I didn’t bother with any of the others because, really, who cares about the fat one and the short one.  But beyond pouncing on flying targets and clawing at crawling baddies there’s not much in the way of depth or variety.

While the sound effects and background music seem in-line with the overall Voltron theme, the voice acting is abysmal.  It only took about three minutes for the game’s stock voices to cycle through their entire repertoire.  I can’t tell if the voices are lifted directly from the original series or contemporary additions.  In either case they are an unnecessary distraction that added a new level of teeth grinding to an already mediocre experience.

In further researching the game I learned of a separate Voltron mode available in the full version.  However, that mode looks to be nothing more than a back and forth sequence of quick-time events: Mash button X at the right time and Voltron will dodge; spin the right analog stick a number of times and Voltron will use its laser beam eyes.  It’s not often you see a game mechanic that makes Mario Party look complex and layered.

Moreover, as a marketing tool, this demo is a complete failure.  Demos are supposed to make people want to buy a game.  If THQ really wanted my 800 Microsoft points ($10 USD), it would have given me a taste of piloting Voltron, not the crappy foreplay parts of the experience that no 30-something with fond memories of giant robot battles is going to remember.  The decision seems completely ass backwards from what one would expect to see in a Voltron game demo.

The bottom line: Should you buy this game?  Based on what I saw in the demo, no.  It looks like nothing more than a cheap attempt to use nostalgia to push a product that wouldn’t have made it on to the Super Nintendo back in the 90s.