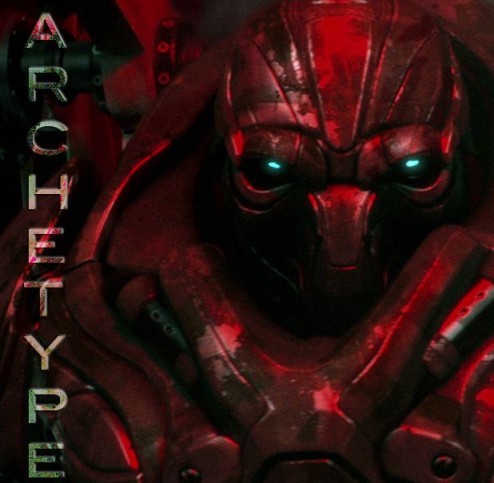 Summary Judgement: Made on a shoestring budget, this short film edges us ever closer to a brilliant sci-fi renaissance.

Good sci-fi might be dead on television, or at least in a deep coma, but it abounds on the internet. Aaron Sims, whose special effects design company has worked on such movies as Rise of the Planet of the Apes, 30 Days of Night, The Incredible Hulk, Sucker Punch and The Golden Compass, recently released his independently produced short film Archetype. Can we say, holy shit. Under normal circumstances I would blather on about subtexts and motifs before actually showing the movie. Not this time. Today I’m presenting the video without extensive preamble or summary; for that you can scroll down the page a bit farther.

During an interview with Film Sketcher, Sims answered two questions that always come to my mind when watching these proof of concept shorts: Is there more? How much did it cost? On point one, Sims confirmed that he is working on a feature length version of Archetype. Huzzah! As for the cost, with the help of his cast and crew, Sims reports that he made the movie for “almost no money”. It never ceases to amaze me when I see indie directors producing work of this quality without having to cow tow to the Hollywood production apparatus. And at the risk of sounding sentimental, I think that’s the real magic of movie making. Any trained chimp can turn nothing into something if you give said primate a few hundred million dollars. Telling a story that is fueled by the collective good will of a dedicated group of people, now that is something special.

On that note, let’s break down what we saw. On the surface, things seem pretty straight forward. A human consciousness with memories of having a wife and child wakes up inside a battle droid designated RL7STV. Mr. Jones attempts to troubleshoot the malfunctioning robot through a direct consciousness interface. That doesn’t go so well. Jones’ inquisitive lab technician all but confirms that these combat machines are in part organic, likely human brains put into machine bodies Robocop style. Fearing an outbreak of consciousness among his other robots, Jones orders memory wipes for the entire production line. Unfortunately his efforts are too little too late, and RL7 breaks out of his containment unit.

Some may say that anthropomorphized robots are a bit of a tired cliché. However, I can see two things in this movie that makes the archetype of Archetype a worthwhile gambit.

It’s the lab technician who dangles the first proverbial carrot. It’s easy to miss so I’ve blown up the frame here.  Dr. Patrick Stevens, who is likely the consciousness in RL7’s head, is or rather was an employee of Carter-Myung’s biomed division. Call me decadent for yawning at stories that see governments colonizing the bodies of their citizens, it happens too much in the news for it to impact me in fiction, but when corporations do it, such as Omni Consumer Products or the Weyland-Yutani Corporation, I pay attention. The other thing to note here is that Dr. Patrick Stevens was born in 2076 but began working for the company in 2073. I figure that’s either a typo or some really deep story telling. 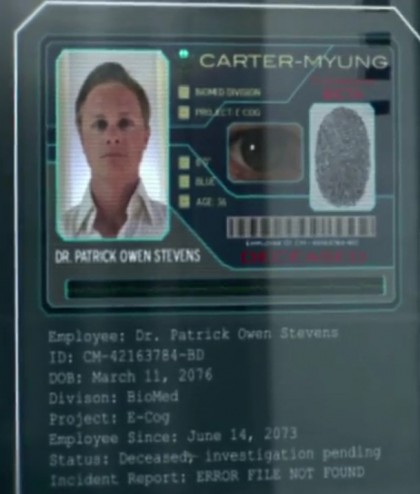 The other issue at hand is implicit within the movie but made explicit in the credits. RL7 and his comrades are doing a sweep and destroy of a rebel encampment during the movie’s second scene. In what sort of nightmare world is this movie set where corporations fight rebels, a decidedly political association of people, using war machines that employ human minds as their organic operating systems? Also, what did Dr. Stevens do to end up fighting on the front lines of this particular battle?  In five short minutes Archetype builds a world that teems with intrigue.  Combine that with gorgeous visuals and solid acting and I am sold on this story.

Hopefully the wait won’t be too long before Mr. Sims is able to get his feature length version of Archetype off the ground. Visit Aaron Sims website for more details.