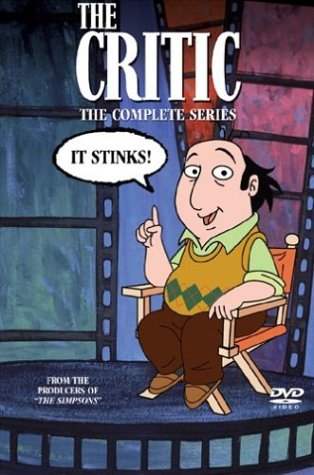 Right then, a planned trip to a Neuro-Ophthalmologist (I’m fine, I was playing wheelman/seeing eye dog) saw me in the city from about 9AM to 8PM today. During that time I managed to hand write the post that I wanted to do today, but after spending a day enduring hospital folk, sitting on commuter rail and driving to and from the rail station, I’m not in the mood to try and translate my chicken scratch rough draft into a polished post.  Instead, I want to share something that I read today.

In between moving from one waiting room to the next, I read through a book that one of my colleagues is considering for use as a guide for upper year history students who want to gain a better footing in discussing art.  The introductory chapter of the book includes W. H. Auden’s – an English born poet of the 20th century – attempt at framing the role of the critic.  Although his words have aged nearly a half century, I find that they remain supremely poignant.

What is the function of a critic?  So far as I am concerned, he can do me one or more of the following services.

1 – Introduce me to authors or works of which I was hitherto unaware.

2 – Convince me that I have undervalued an author or work because I had not read them carefully enough.

3 – Show me relations between works of different ages and cultures which I never could have seen for myself because I do not know enough and never shall.

4 – Give a “reading” of a work which increases my understanding of it.

5 – Throw light upon the process of artistic “Making.”

6 – Throw light upon the relation of art to life, to science, economics, ethics, religion, etc.

I try not to offer a lot of unsolicited advice to other people; mostly because I approach life the same way I did Kendo.  Therein there are three types of people: the students, the advanced students, and the teachers.  Despite teaching for a living I far too often feel like a first among learners hence my reticence at doling out the wisdom.  However, I feel absolutely confident in suggesting that any aspiring critics should frame and mount Auden’s words above their desk.  For my part, I’m happy to see that my attempts at criticism have quite often connected to one or more facet of Auden’s epistemology.  The obvious caveat is when I ply my sharp tongue and razor wit to eviscerating a particular travesty of genre media.  Those reviews are a necessary tool for demonstrating to magazine/website editors that I know the difference between slander and the sort of theatrical writing that will draw in an audience.

I’d also offer that Auden’s thoughts on critical writing need not be limited to academic discourses.  Language and background information can always be tailored to suit a broad audience. Bearing that in mind, a given work need not be stuffy or pretentious to introduce a potential audience to something new or demonstrate connections between an author and the culture in which they are writing. Moreover, where high school English teachers spend years training students to ignore their personal biases, Auden’s third point, when applied with a modicum of common sense, encourages a critic to engage their unique experiences as they explore a given text.  Within an increasingly “democratic” critical sphere, an application of any of these approaches could lead to some very interesting relationships between artists and critics.

And that is my free advice on critical methodology.  Tomorrow, my thoughts on 2011’s game of the year.