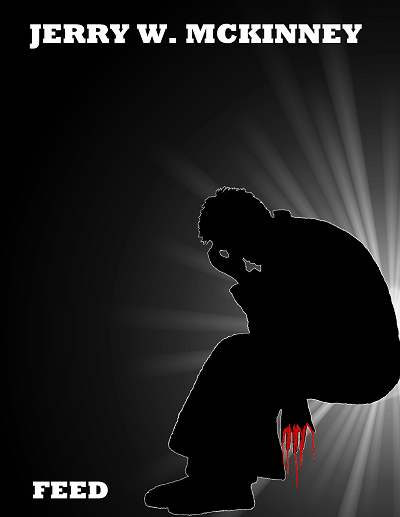 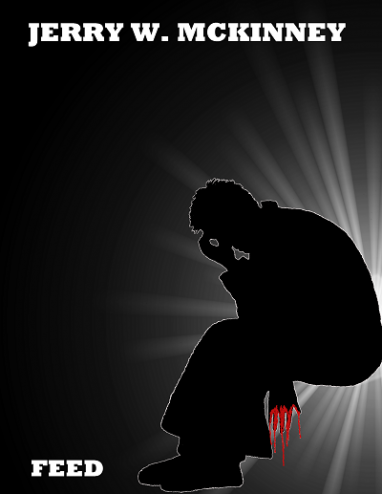 Summary Judgement: Feed is much more a clever and disquieting horror story than it is a typical piece of vamp-fic.

Feed came to me along side an interesting promise. Jerry McKinney told me that, “it’s not a regular vamp story.” That piqued my attention. I know a great many people are moved by the tragedy and romance of the contemporary vampire, but I am not. Characters like Nicholas Knight, Angel, and Bill Compton seem tedious and tiresome as they lament their lost humanity. Too many writers get caught up in the idea that because vampires look human, they should act human. Klingons look human, but imagine an episode of Star Trek where a group of them did nothing but whine about wanting to live in peace on Earth. It’s disingenuous to who they are, and so too are the humanity seeking vampires. The honest-to-nature vampire, however, creates a set of narrative problems. Most evident is the question of how a writer keeps the audience engaged with a character whose default behaviour is monstrous. Feed attempts to bridge that gap.

At the outset, the story seems quite familiar. A man meets a woman at a bar. She brings him home with the promise of a tryst, and, surprise, she’s a vampire. Of course, Penny had no intention of turning Ian into a creature of the night, she just wanted to eat him. Only good luck and bad timing spared Ian a permanent death. Penny then offers Ian a pittance of vampire education before abandoning him to the world. As he grows into his new life, Ian explores many of the conventions essential to the “tragic” vampire of contemporary film and literature. This might be a move to bring in the main stream vamp fic readers, but the depth of the story does not end there.

There is a healthy divergence from the beaten path within this story. In part it is a throwback to classic vampire lore; a single bite from a vampire turns a person undead. While most vampire stories associate a vampire’s age with its power, Feed offers a unique approach therein. Once bitten, a fledgling vampire is bereft of powers save for heightened senses and a desire to feed. Only after five years does Ian become a mature vampire with fangs, strength and speed.

As Ian deals with the logistics of feeding, burying the remains of his meals, and contemplates the boredom of a life spent living inside the meat locker of an abandoned grocery store, an idea dawned upon me. This is the first time I’ve ever engaged with a vampire story that put a premium on the vampire as a colonized body. In fact, Ian is a twice colonized individual. First he’s colonized by Penny in her botched attempt to feed upon him. Then he’s colonized again by a mysterious benefactor that presents him with meals of bound and gagged humans. The course of this colonization sees the character walk the line between hubristic arrogance and maudlin self pity. However, the manner in which Mr. McKinney frames this introspection is decidedly more sophisticated than the typical self-loathing vampire.

The problem with colonization is that it takes some time to see the true effects. Such a macro study does not lend itself particularly well to the conventions of a short story. There are moments within Feed where the narration skips ahead by months and years without much warning. These jarring time skips produce a structural problem in the friendship between Ian and a mortal. The sudden death of that man, an event that Ian reflects upon at the end of the story, lacks any real impact upon the reader as the character is there and gone within the span of a hundred words.

It is the final movement of this story that particularly captivated me as a reader. I’ll limit my comments except to say that Feed’s conclusion gives me exactly what I want in a vampire story: a vampire who revels in their nature. It’s that nature that takes this story out of a familiar supernatural realm, and into one that is well and truly unsettling. The kernel of harmless flirtation with danger that comes with the vampire story is dismantled piece by piece.

In the final evaluation, Feed lives up to its author’s promise. The story is anything but a typical suck and whine vampire story. In fact, I wouldn’t even call it a vampire story. This is a horror story featuring vampires. If you’re looking for a story with an edge, then Feed is defiantly worth reading.

You can pick up an e-book copy of Feed at Smashwords.