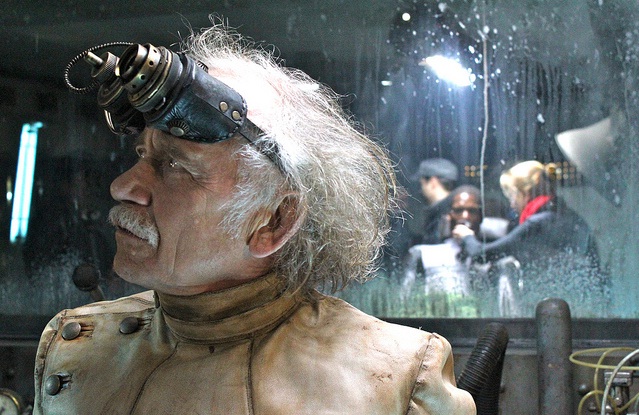 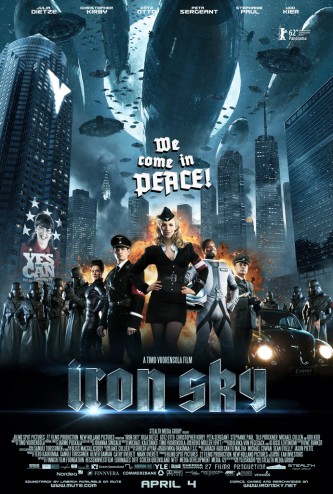 Remember when a couple of years ago when we all got really excited about Iron Sky? I mean, what wasn’t there to be excited about? It’s a party crowd sourced, semi-independent, internationally produced sci-fi comedy about a bunch of space Nazis who have spent the last seventy years building an invasion fleet on the dark side of the moon. A concept like that has to be on the top ten wish list of every green-blooded nerd on two legs. Well it’s time to get excited again because the world premiere of Iron Sky is happening this very weekend.

With its humble budget of 7.5 million Euros and a production schedule that saw four months of filming spread out over 2010 and 2011, Iron Sky is set to invade the Berlin International Film Festival. Amazing as it is that this movie actually happened within my lifetime, the story doesn’t end there. According to the Guardian, Iron Sky is drawing a little more than its fair share of box office sales at the festival.

The Finnish-German-Australian co-production proved the second most popular film the day the box office opened at the festival…It was beaten to the top spot by Don – The King is Back, the latest film from Bollywood megastar Shah Rukh Khan.

To put a little context on that statement, more people bought tickets to Iron Sky than they did a documentary on the Fukushima disaster, Werner Herzog’s Death Row. Portraits: Linda Carty, George Rivas and Joseph Garcia, and Angelena Jolie’s Bosnian war epic, In the Land of Blood and Honey.

It’s interesting, a professor of mine taught German history from the perspective that the post-Cold War German ethos had not yet found a suitable way to frame itself against the Bismarck-Wilhelm-Hitler trifecta. That may still be true. However, if ticket sales for Iron Sky demonstrate anything, it’s that Germans are at least ready to laugh at certain absurd elements of their national past.

Iron Sky’s theatrical release happens in Finland on April 4th and Germany on April 5th. No word yet on a North American release, but Iron Sky’s website promises that the blitzkrieg will reach out to other countries shortly after it establishes a European beachhead. Iron Sky is jointly produced by German based 27 Films and Australia’s New Holland Pictures.

Do take care with the trailer as it is a bit NSFW due to a perfectly placed F-bomb. Want to know more? Head over to Iron Sky’s website.