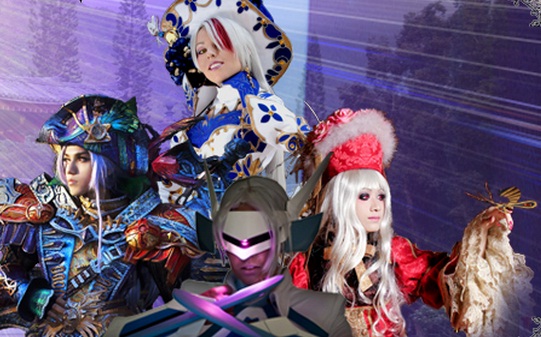 Cosplay: save for being able to identify the various characters in play, from time to time, it’s a world that’s pretty much unknown to me. I mean, there was this one day when I wore a gaudy red tie with a blood stained $8 button down shirt and carried around a homemade cricket bat, but who hasn’t done that? The point is, a lot of my friends and colleagues are very good costumers and cosplayers.

So I thought, why not take a moment and shine a light on the creative efforts of people who spend countless hours sewing, moding and repurposing? But outside of a con, where can a person go to take a look at these master crafted passion projects? Sure, there’s facebook and twitter. The problem there is that you’re often showing off to people who are friends with you and thus have already seen it. Wouldn’t it be something if there was a professional quality magazine dedicated to the world of fan costuming?

Oh wait there is. Well, there will be. Love Cosplay Magazine is ramping up for their premiere issue. And even to my non-cosplaying eye, their sample pages are looking pretty slick. As part of their launch festivities they are holding a cosplay photo competition. The first round of the competition is based on fan votes via likes on facebook and nominations from a panel of judges. Winners can look forward to showing off their work in the debut issue of the magazine.

Want to know the quality of the competition? Well they say a picture is worth a thousand words, so here’s a shot of my writing partner Ken Shelley in his entry.