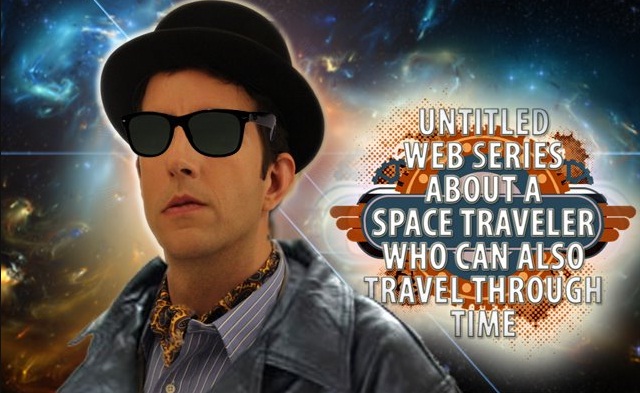 In a move that is likely to surprise few, NBC and Sony struck their first blow in a legal campaign against Travis Richey’s Inspector Spacetime web series. The calls came in on the morning of Wednesday February 29th, a particularly ironic day given its timey-wimey nature, demanding that Mr. Richey take down his kickstarter campaign and halt production on the series. But like The Dude, The Inspector abides. That is to say, he abides by changing the name of the show to something that is even more tongue-in-cheek and gives his protagonist a different coat.

During an interview with me last week, Richey admitted that he was prepared for just this sort of contingency. He paraphrases that conversation in an update on the project’s kickstarter page.

“Though I firmly believe the law would be on my side in producing this parody, I have no wish or ability to fight a show that I love as much as “Community.”  I had hoped that they would embrace what is essentially a fan film and appreciate the value it adds to the character, and the audience that we would bring who are finding “Community” for the first time through this character, but alas, that’s not the case.”

Despite being rebranded as “Untitled Web Series About A Space Traveller Who Can Also Travel Through Time”, the series will still use the original screenplay written by Travis Richey and Eric Loya.

So let’s review how threats of legal action have impacted this crowd sourced independent production.

1 – The kickstarter campaign is still going strong. Despite NBC and Sony’s threats, funding continues to pour in for the project formerly known as Inspector Spacetime. As of this post, the project had raised $13,099 of its $20,000 goal with 30 days left to go.

2 – Due to circumstances beyond the creator’s control, Constable Reggie wasn’t going to be in this series. NBC’s intervention changes nothing there. On a similar note, the Blorgons were renamed as “Circuit Chaps” well before the kickstarter campaign ever got off the ground.

3 – Regardless of who is right and who is wrong in this particular legal battle, NBC and Sony’s suit has served to give Richey’s project an extended media cycle. If Community or Doctor Who fans hadn’t heard of this project before, chances are that they have now. Most indie projects can’t buy that kind of publicity and now NBC has given it to U.W.S.A.A.S.T.W.C.A.T.T.T. for free. PS: I’ll give a shiny new Shaftoe penny to whoever can Torchwood that acronym into a cool anagram.

4 – Similar to the last point, who is right and who is wrong in this scenario won’t matter in the court of public opinion. There’s no spin that two multinational corporations can use to make themselves look like the righteous victim when they set their sights on a not-for-profit web series. Within a few weeks this story is going to boil down to one point: big companies, one of them the last place network on American television, are picking on an indie production over a fifteen second clip from a show that said network has threatened to cancel on more than one occasion. Even George Lucas is smart enough to know that you don’t piss on the fans in such a manner.

So well played NBC and Sony; your threats of legal action have yielded no real benefit other than to help promote the thing that you’re opposing. Lawyered!