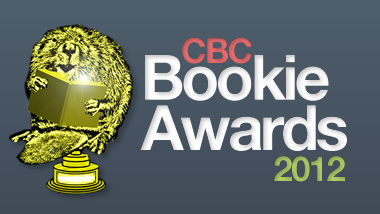 Hot off the heels of Canada Reads, the CBC has announced its nominees for the second annual Bookie Awards. Billed as “the people’s choice” of Canadian literary awards, the Bookies offer eight Canadian and two international categories that represent every walk of written life. The categories for this year’s nominees include, literary fiction and non-fiction, poetry, thriller/mystery/crime, sci-fi/fantasy/spec-fic, young adult, graphic novels, short story anthologies, and international fiction and nonfiction.

Here’s the details on the selection process direct from the CBC.

The finalists were chosen by CBC’s book-loving producers at CBC Books, Canada Reads, Writers & Company, The Next Chapter and more, with consideration given to your recommendations online. The finalists represent our favourite Canadian reads (with the exception of the two new International categories) published between January 1, 2011, and December 31, 2011.

So let’s do a quick round-up on the science fiction category and see who is who.

Fun fact: Hayward’s first novel, Filaria, was one of the first books that I had the pleasure of reviewing on this website. Mark Dunn likened Hayward’s unique writing style in The Fecund’s Melancholy Daughter to that of Gormenghast author Mervyn Peake. High praise, indeed.  Dunn goes on to say that, “The Fecund’s Melancholy Daughter is dreamlike in its strangeness and complexity. Like a dream, it is difficult to define and difficult to shake. The imagery lingers like archetypes dredged up from the sleeping mind.”

Margaret Atwood – In Other Worlds

In the November 2011 issue of Quill and Quire, August C. Bourré described In Other Worlds as “a collection of essays and other short pieces that tackle [Atwood’s] relationship with “SF” head-on.” I say this with the utmost respect and reverence for Margaret Atwood, but does anybody else think that this book might seem a little more at home in the non-fiction category?

Ilana Teitelbaum’s HuffPo review of The Pattern Scars describes the book as “a novel of intense contradiction: a lush, delicately imagined nightmare; a horror novel about intimacy.” I’ll admit that I haven’t read the novel myself as I’m usually one to stay far away from fantasy. However, as an intense study in human psychology, The Pattern Scars has just moved into my “must read” list. It also merits mentioning that this is the second book that Toronto based ChiZine Publications has in the running for a Bookie, Hayward’s novel is the other.

Never in a thousand years did I think I would get a chance to talk about an alien “invasion” novel that features time travel as well as a deconstruction of sexuality as seen through gay sex with aliens. Yet J.M. Frey, a regular guest on the Page of Reviews Podcast, pulled those and other threads together with her debut novel, Triptych. But don’t take my word for it, here’s what Publisher’s Weekly had to say … “Frey tells the story from varying points of view in distinct voices, imagining a world at once completely alien and utterly human.”

Once again, it’s a book that I’ve yet to read. Though I do feel somewhat annoyed at the people who maintain my information sphere for not doing a better job of foisting this series upon me. I’ll let Cori Dusmann’s review summarize. “Wonder completes the interwoven stories of 15-year-old Caitlin Decter and Webmind, the Internet-based life form she discovered through a retinal implant that allowed her to “see” data streams within the World Wide Web in Wake (2009) and that became a self-determined entity in its own right in Watch (2010).”

Voting for the Bookies closes on March 31, 2012. Head over to the CBC’s Bookie Award page to see all the nominees and to cast your ballot. Remember, this award represents Canadians supporting Canadian authors. So even if you don’t vote in every category, it’s worth your time to vote for somebody.