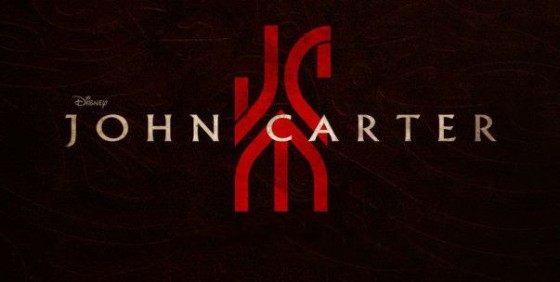 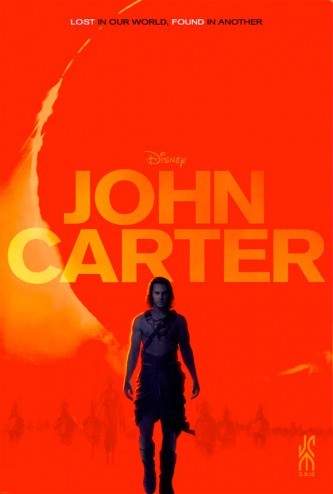 The first thing I did when I finished writing my review of John Carter was to see what everybody else was saying. My expectation was that this adaptation of Edgar Rice Burroughs’ A Princess of Mars would end up universally panned. I don’t want to rehash my review, but I didn’t see where viewers could find something to latch on to within this movie. It did, however, become very clear that I had grossly underestimated the Woola factor. Beyond the appeal of Martian dog-lizards, a fair amount of praise has emerged for John Carter. Because of that, I thought it would be fun to offer the grad school summary – that is the first and last paragraph – of the first five reviews that I read.

“I’ve been puzzling over how to review Disney’s latest epic John Carter since I saw the screening for it last week.  I even went to source other reviews of the film to see if they could help me solidify my argument.  But it just made me more confused.  Nothing I read really captured my initial impression of the film, which hasn’t changed much in thinking about it. And my impression is . . . hmm.”

“…after all the unpacking of my complicated thoughts about this film, I do think people should see this film.  It’s different (which, I realize, is an odd thing to say considering the books inspired most of what we would consider classic contemporary science fiction).  It’s fun.  And now that all the exposition is out of the way, I think a sequel would really be very strong. And Taylor Kitsch looks really good in a skirt.”

Dana Stevens at Slate.com fired this as her opening salvo,

“…The result is a strange, at times misshapen, but somehow lovable thing: a movie that keeps trying to be smaller and simpler than its $250 million special-effects budget will permit. Buried within this bloated, CGI-crammed, unnecessarily 3D-ified monster is a bare-bones space western, the movie that last year’s Cowboys and Aliens should have been. And though that smaller movie within the movie isn’t allowed to surface often enough, what we do see of it is sufficiently winning that we keep waiting around, looking forward to its next appearance.”

Here is her final volley.

“I only wish John Carter had had the courage of its convictions, and not tried to be all things to all demographics. At heart, this is a niche movie for lovers of literary science fiction; it’s clear that Stanton’s intention was to create a rich, internally coherent fantasy universe, the way Peter Jackson did in the Lord of The Rings films or George Lucas did in the first Star Wars trilogy. The film should also have kept the working title that it shyly reveals only before the final credits: John Carter of Mars. It’s that unexpected juxtaposition—the ordinary guy who finds his inner hero when he wakes up on the wrong planet—that lends this overlong but sweet-spirited movie its charm.”

“A massive movie based on a treasured pulp fiction classic, John Carter is a prime example of today’s super-sized cinema. It’s a richly articulated fantasy you’ll forget the moment you reach for your car keys.”

…wrapping up on a similar note.

“For the rest of us, who see the pop culture pastiche for what it is, John Carter is simply another amusement park ride. Leave your expectations (and critical faculties) at home and just watch the pretty colours whiz by.”

Ann Hornaday at the Washington Post was not quite so kind in her assessment.

“John Carter is being hyped as the first blockbuster of the year, but it’s really the first big flop. Budgeted at a reported $250 million, this dreary slog of a mess (or is that mess of a slog?) seems to exist primarily to remind viewers of older, better movies. Audiences ancient enough to remember Ray Harryhausen will pine for the days of that animator’s great 1950s stop-motion epics. Anyone who came of age with “Star Wars” will inwardly sigh and forgive Jar Jar Binks. Heck, compared with “John Carter,” even “Cowboys and Aliens” looks good.”

The scathing review ends with some praise for the actors.

“If you look carefully, you can detect some real acting going on in “John Carter” – that’s Ciaran Hinds, dressed in a ridiculous toga, as the embattled leader of the Barsoomian city of Helium. And that’s Mark Strong in the film’s most potent role of a shape-shifting baddie named Matai Shang. But even Strong’s best efforts can’t save “John Carter” from collapsing in on itself like a dead star. With any luck, the sequel this movie so strenuously sets us up for will meet the same fate before it gets to the screen.”

Fifth on my list is a man who inspires and enrages me in equal measures, big poppa himself, Roger Ebert.

NB: Since it would be necessary to showcase Ebert’s first three paragraphs to elucidate his first actual point, I’m using the relevant portion of his second paragraph to save everybody a bit of time. That said, his full review is brilliant and worth reading.

“When superior technology is at hand, it seems absurd for heroes to limit themselves to swords. When airships the size of a city block can float above a battle, why handicap yourself with cavalry charges involving lumbering alien rhinos? When it is possible to teleport yourself from Earth to Mars, why are you considered extraordinary because you can jump really high?”

“Does John Carter get the job done for the weekend action audience? Yes, I suppose it does. The massive city on legs that stomps across the landscape is well-done. The Tharks are ingenious, although I’m not sure why they need tusks. Lynn Collins makes a terrific heroine. And I enjoyed the story outside the story, about how Burroughs wrote a journal about what he saw and appears briefly as character. He may even turn up in sequels. After all, he wrote some.”

There we have it, five very different reviews of John Carter. Feel free to continue the discussion in the comments with your thoughts on the movie.