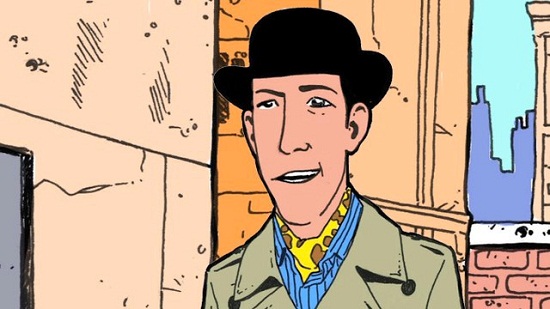 It’s onward, upward, and streets ahead for the web series formerly known as Inspector Spacetime.

Vince Talenti, the co-owner of Wayside Creations, has just singed on as the director of Travis Richey’s Untitled Web Series About A Space Traveler Who Can Also Travel Through Time. This announcement comes on the same day that Community, the series that saw the creation of Inspector Spacetime as a Doctor Who parody, returns to the airwaves.

Fans of post-apocalyptic role playing games may already be familiar with some of Talenti’s work. He’s the man behind the IAWTV award nominated series Fallout: Nuka Break.

Travis Richey had this to say about Talenti joining the UWSAASTWCATTT team,

“I am so thrilled to have Vince aboard to make this series.  He has a special skill for making a show look as good as possible, including great special effects and action, while still ensuring that the comedy shines through.  Which is exactly what The Inspector needs.”

Already a fan of Richey’s work, Talenti stated, “The sheer volume of content that he has created over the last few years on no budget is amazing.  I’m so excited that we have a chance to bring one of his projects to life with the budget it deserves.” Talenti went on to say, “I think that Travis is doing this for the right reason, because it’s a passion project, which I completely understand.  It’s the reason I did Fallout…”

With sixteen days to go in its kickstarter campaign, UWSAASTWCATTT is a little more than $4,000 shy of its $20,000 funding goal. To help push his fundraising drive over the top, Richey recently announced a series of new perks for contributors.

If you pledge $100 or more (but less than $1000), you will be entered into a drawing and 2 winners will receive the $1000 perk – A unique personalized poster designed by Jonny Eveson with YOU as the Inspector’s Associate!

If you pledge $50 or more (including everyone from the first drawing and pledges over $1000), you’ll be entered into a drawing and the first winner will receive the Inspector’s bowler hat, and the second will win his ascot! Both autographed! (previously the $1500 perk!)

And if you pledge $25 or more (but less than $100), you’ll be entered into a drawing and FIVE winners will receive the $100 perk – a hardcopy script of the series autographed by the writers and an 8.5″x11″ signed photo of Inspector Spacetime!

Production on the series is slated to commence in May of 2012, pending a successful end to the crowd sourced fundraising effort .