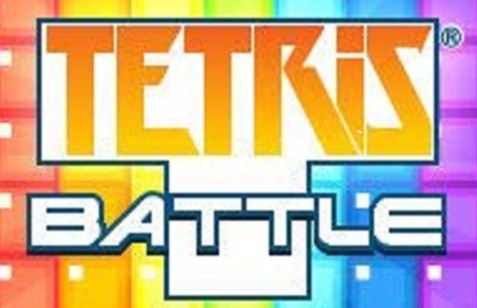 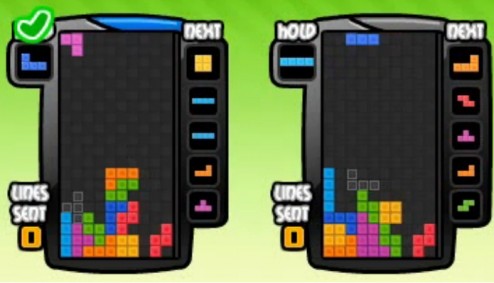 Summary Judgement: Though not without its flaws, Tetris Battle is one of the few facebook games I’ve seen that is actually a game.

In previous posts I’ve made my position on “Social” gaming quite clear. To summarize: “Social” gaming can be viewed through a lens of Marxism in that it alienates gamers from play through repetitive actions/faux-stimuli, which simulate assembly line mentalities.

Tetris Battle does not change that rule. Rather it stands as an exception, therein.

On some levels, it seems identical to every other facebook game out there. To start, there are two types of in-game money: Tetris coins and Tetris cash. Everybody collects the former at the end of a match; while the latter is a premium currency that the game miserly doles out after leveling up. T$ can also be acquired through through real world transactions, or engaging with the game’s sponsors. Also similar to every other facebook/Free2Play game out there, Tetris Cash unlocks game play advantages (faster movement speed on the pieces, additional blocks in the upcoming queue, etc.) more rapidly than if a player uses the generic Tetris coins.

Under normal circumstances, those reasons would be more than enough to make me hate this game. Yet there’s one thing that Tetris Battle offers that so many other online games do not: actual player on player competition where somebody wins, and somebody loses.

Regular Tetris is about building solid lines out of falling shapes. The core of Tetris Battle, however, involves sending cleared lines into an opponent’s matrix. Clear two lines, and send one to a foe. Score a triple to send a pair of lines into an enemy’s grid. Landing a tetris forces a rival to deal with four unwelcome lines. There are additional ways to make a player’s life miserable through chaining together single line clearances, advanced T-spin lines and clearing a matrix of all blocks. Rounds last two minutes with a winner determined through most lines sent and fewest matrices filled. Save for the ability to “hold” a piece for future use, something that I have used to rain back to back tetri on my unworthy opponents, all other standard rules of Tetris apply.

But what of fairness within a game environment where those with the deepest wallets can buy the most advantages? Setting aside the obvious fact that Free2Play games are a microcosm for the world in that respect, the game does two things to keep the playing field level. First, the advantages that it gives out aren’t that big of a deal. In theory, it is nice to know the next five pieces in the drop order. But who is really going to make 100% use of that knowledge? Unless you’re an expert level chess player who happens to be tweaking on Crystal Meth, the average person doesn’t have the cognitive ability or reaction time to think five moves ahead while engaged in a fast paced competition of spatial relations.

The other thing that keeps Tetris Battle’s competition on an even keel is its match making system. The game employs an efficient ranking structure that ensures a similar skill level between players. From time to time, I have engaged in the odd outlier match against. There was this one South Korean opponent who pasted me 72 lines to 12. But for the most part, the system gets it right far more often than it fouls things up.

As of this review, the game is lacking a grudge match system where friends can throw down with other friends. A greyed out “Challenge” option on the game’s main screen suggests said option might be in the works for future updates. Speaking of things that are missing, the iconic Tetris music isn’t there. Instead, the game offers some mellow lounge/elevator music during each round. Tetrisbattle.com brags that this game is an officially licensed product, so I have no idea why they wouldn’t deploy half of what makes Tetris so memorable?

Overall, Tetris Battle is a pretty positive experience. Judicious use Tetris Cash will avert the need to spam friends with thousands of requests to help unlock additional game play modes. That little detail in and of itself is a huge selling point for me. There’s nothing I hate more than having to beg for my friends’ attention because I want to play a game on my own. Alerting the world to a need for extra pickles in Hamburger City, or whatever, is probably the most tacky part of the entire “social” gaming experience. For that reason alone Tetris Battle is worth of your attention.

And now, for no particular reason, the best ever orchestral rendition of the Tetris theme.