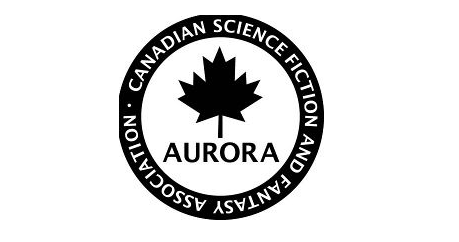 Ladies and gentlemen, it’s that time of the year again. The nominees for the 2012 Prix Aurora Awards have been announced. Voting opened up on April 16, 2012.

Any Canadian citizen or permanent resident can join the Canadian Science Fiction and Fantasy Association whereby they will get a voting ballot for the Auroras. This year, however, the ten dollar registration fee buys you more than a franchise. Members of the CSFFA get e-book access to a voter’s package that contains excerpts and some complete editions of the nominated titles.

So if you fancy yourself a literary critic or just want to have a hand in supporting your favourite author, then there’s really no excuse not to get yourself registered.

Here’s the list of the nominees and here’s a link to the Prix Aurora Award homepage. Deadline for all ballots is July 23, 2012.

“The Legend of Gluck” by Marie Bilodeau, When the Hero Comes Home, Dragon Moon Press

“The Needle’s Eye” by Suzanne Church, Chilling Tales: Evil Did I Dwell; Lewd Did I Live, EDGE

“One Horrible Day” by Randy McCharles, The 2nd Circle, The 10th Circle Project

“Turning It Off” by Susan Forest, Analog, December

“To Live and Die in Gibbontown” by Derek Künsken, Asimov’s, October/November

The First Circle: Volume One of the Tenth Circle Project, edited by Eileen Bell and Ryan McFadden

On Spec,published by the Copper Pig Writers’ Society

Tesseracts Fifteen: A Case of Quite Curious Tales, edited by Julie Czerneda and Susan MacGregor, EDGE

Phil Mills, Body of Song-Writing Work including FAWM and 50/90

Randy McCharles, founder and chair of When Words Collide (Calgary)

Rose Wilson, for organizing the Art Show at V-Con (Vancouver)