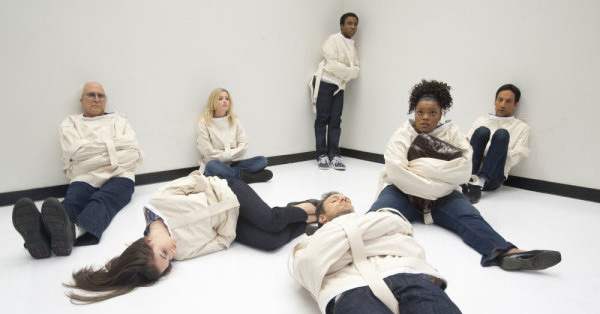 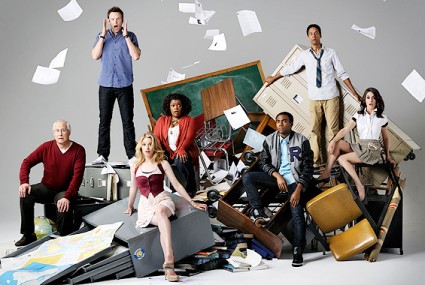 In the ancient city of Sparta, wives would tell their husbands to return with their shields in hand or carried home dead upon them. The idea was that only a coward who discarded his heavy bronze shield would return home absent it. After Thursday’s season finale, the Greendale Seven began their journey home, shield in hand. Community had triumphed against cancellation rumours at the end of season two, perpetually low ratings, and a mid-season hiatus where once again the spectre of cancellation loomed in the air. NBC might have abridged season four, but it was still going to happen.

Then Friday came along. That’s when NBC and Sony fired Dan Harmon as Community’s show runner, relegating him to a consulting role that would have no actual creative input in the series. Interested parties can get the details direct from Dan Harmon’s blog. With that act, the conquering heroes, through no fault of their own, through no act of personal cowardice or treachery, found themselves stripped of their shields.

There went my “look how many of my end of season predictions came true” post. Gloating over prognostications felt, and still feels, dirty and wrong.

In the wake of this shakedown, a lot of really smart people have had a lot of very interesting things to say about Community, NBC, the nature of life as a show runner, and the long standing battle between networks and creators. I don’t know that I can really add to that discussion in any meaningful way. Instead I’m going to work within the framework that CNN’s Marquee Entertainment blog visited upon me when they cited me as one of Community’s most dedicated fans. I’m going to speak from the heart. 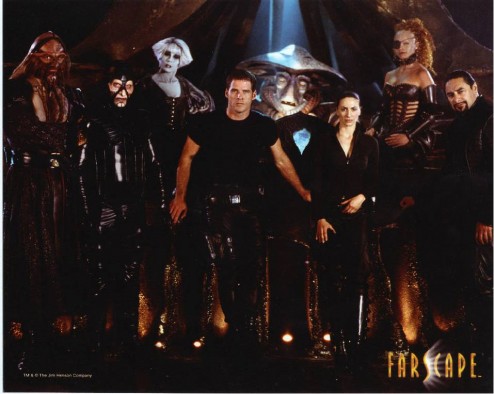 I’ve seen shows that I loved get cancelled. For example, I loved Farscape. In fact, I think, strike that, I know that in 2002, I loved Farscape more than I did the girl I was dating. So much so that she said I was more into Claudia Black than I was into her. In fairness, Claudia Black is pretty awesome. But I digress. The point at hand is that I’m no stranger to the larger realities of television production getting in the way of artistic vision and storytelling.

Last year when SGU got shit canned, I was angry. I was angry at Stargate’s fans for not doing a better job of supporting the series. I was angry at everybody who called SGU a milquetoast Battlestar clone – it wasn’t. I was angry at a genre network that seemed to be putting a premium on wrestling and reality television. But I didn’t take it personally.

Community isn’t cancelled. In fact, it may continue beyond the thirteen episode order that NBC placed for next season. Yet I find myself taking the news of Dan Harmon’s departure quite personally.

I do so because, like so many other fans, I felt like I was helping to fight for this show’s survival. I know, the bloggings of internet nerds are of little consequence when it comes to the world of television. Yet seeing so many other people (so many other smart people if we’re being honest about things) echoing my own sentiments, examining episodes from every conceivable angle, and rallying behind a banner that said “Fellow outcast weirdoes, you are not alone” created a meta-community I wanted to defend.

With Harmon fired, Neil Goldman and Garrett Donovan moving on to develop their own projects on Fox, and Chris McKenna, the last remaining day one writer, quitting the show, I find myself wondering if I will be able to recognize the thing that I have championed for the last three years. Did we Greendale alums become recognized as the loudest and most articulate minority fan base in recent memory just to see the soul of the thing we love cut out? Perhaps more troubling is the realization that our collective wit, snark, and wellspring of pop culture meets high culture knowledge can do nothing to undo this. Deals have been done and contracts have been signed; we are House Atreides’ army impotent against the Emperor’s Sardukar and Baron Harkonnen’s treachery.

Perhaps David Guarascio and Moses Port will do a good job as Community’s new show runners. Arguably they’re stooges brought in by Sony to make the show more marketable and less weird. Time will tell. Come September, I’ll see what they have to offer. Odds are I’ll keep watching just to support the cast and crew who made the show work for the first three years; just because Harmon got turfed, doesn’t mean other people deserve to lose their jobs.

But I don’t think I’ll go to war for this show any more.

In the end, it will be interesting to see how the broader fan base orients itself as we get closer to the start of season four. Will there be a schism? Most likely. Will it be vocal? Most definitely. And may the gods help us all if Community gets reduced to so much Two and a Half Manery and we, original fans, become Community hipsters who talked about the Darkest Timeline before it was cool. Remember, Hipsters are like Sith: they’re powered by fear, jealousy, anger, and rage. That’s not who we are as fans of Community.

In the mean time, I’ll take solace in the fact that Dan Harmon’s work left us with three seasons worth talking about, an unofficial Inspector Spacetime web series that is most certainly an original creation courtesy of Travis Richey, and the knowledge that television can be more than the gaps between commercials; it can examine the human condition and in doing so forge communities that people never knew they wanted.