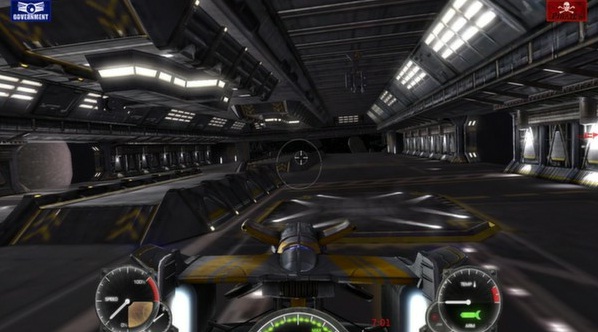 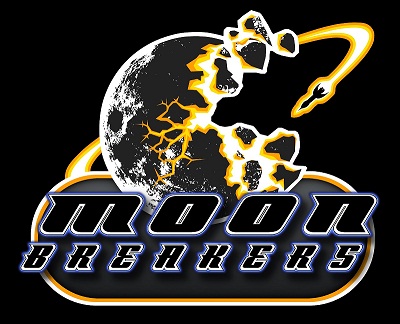 I know it’s never wise to expect much from Free-2-Play MMOs, but Moon Breakers sets new records for poor quality game play, a shamelessly derivative concept, and pay-2-win mechanics that abandon any attempt at dressing up a revenue engine as a video game. What’s worse is that it does all of this within the much beloved space combat sub-genre.

Marketed as a free form space combat MMO, Uber Entertainment’s Moon Breakers sounded like something with potential. Take a look at the official description to see what I mean.

Moon Breakers is a free to play, multi-player 3D space combat game set in an alternate WWII-inspired future. As either a Government or Pirate pilot, take to the stars in single-seat starfighters and engage in epic dogfights for Helium-3 around the galaxy.

A modern multi-player take on the classic space combat genre of the 1990’s, Moon Breakers delivers thrilling gameplay with simple controls that will have you flying and shaking bandits off your six in minutes. Coupled with a bold, retro-futuristic art style, amazing music by Bear McCreary (Battlestar Galactica, The Walking Dead) and a variety of ships to unlock and upgrade, Moon Breakers is pure space combat awesome. Sign up, climb in and get ready for launch… there are fortunes to be made.

Problem #1 – There’s nothing in the game to justify the “Alternate World War 2” description. Flying as the generically named Government or Pirate faction is a completely bland affair. Other than some variation on colour palettes, there’s no real difference between being the “good guys” or the “bad guys”. The pointlessness of the red vs blue mechanic is made all the more acute in that players can flip flop between sides. At least something like Battlestar Galactica Online, for all its faults, had the sense to create distinct experiences for the Cylon and Colonial factions.

Problem #2 – “A modern multi-player take on the classic space combat genre of the 90s…” Here’s the thing; space combat games in the 90s, well some of them, were rich experiences that offered a level of detail and immersion that were not to be found in other genres. This game is one step up from a point and click shooter. I can see how Moon Breakers attempts to capture a bygone era of gaming. However, the final product plays like something that was actually coded in the late 90s. I know it’s a F2P game, but I expected better than a watered down version of Crimson Skies set in space.

Problem #3 – “There are fortunes to be made…” Not unless you own stock in Uber Entertainment. Let us not forget that space combat in the 90s was synonymous with open ended games where players could carve out their own destiny. For my part, I spent countless trading cargo, hunting bounty, or plundering the shipping lanes in Wing Commander Privateer. Even the less than successful games like Solar Winds attempted to add an open ended aspect to otherwise scripted gaming. Given the description, could I be blamed for expecting the same thing from Moon Breakers?

Credits earned through combat can upgrade ships, but unlocking new fighters and bombers requires buying “Helium 3” with real money. I don’t want to keep bringing the discussion back to BSG Online, but both that and Tribes Ascend allow for some level of in-game acquisition of premium currency, if only to try appease/addict in the cheapskates like yours truly. Moon Breakers makes it quite clear that if you want access to more than two ships, you’re going to pay for it.

I will give the game some credit when it says that people can jump in and feel like an ace within minutes. There is an elegant simplicity to the game’s controls. But there’s so little variety in the game play that after an hour of blowing up people flying in straight lines, I found myself bored. Even if I had the entire fleet of the government and pirate vessels at my disposal, I can’t see the long term appeal in this title.

Moon Breakers ends up as little more than a thinly veiled attempt to bank on gamer nostalgia as a means of making money. The shallow action combined with MMO elements that are so marginal as to be irrelevant, save for the fact that every 5th pilot gets a great set of lag armour, creates a wholly unsatisfying experience. Say what you will about free2play/pay2win games, but this one does not merit any investment of time or money.

Update: Sometime between my initial Moon Breakers play session on May 27 and yesterday, May 31, when a representative from Uber Entertainment sent me an email regarding my review, the development team enabled purchasing ships through credits as well as Helium 3. Additionally, there are now rotating ship unlocks that will allow players to fly various “ships of the day” without buying them with either currency. However, buying ships with credits is so expensive, requiring such a vast investment of game play, that I can’t imagine anybody wanting to grind it out. Just for fun, let’s break down the numbers.

A second tier light fighter costs 600,000 credits. In a roughly ten minute battle, I pull in about 1,500 credits. That would require somewhere in the neighbourhood of 400 battles or 66 hours of game play before I could buy a F-3X Sidewinder. Clearly the emphasis is on buying ships with Helium 3, or buying credit boosts with Helium 3.

There’s the business model, boys and girls, do what you will with it.