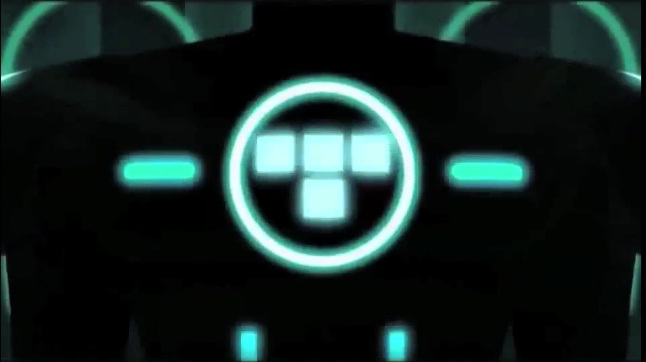 Summary Judgement: Landing somewhere between V for Vendetta and Batman Begins, this is what Tron Legacy should have been.

My wait for the first episode of Tron Legacy brought about feelings of excitement and anxiety. Behind the excitement was a number of trailers that looked and sounded sensational while also offering a glimmer of hope for intelligent story telling. Anxiety because, well, Tron Legacy looked and sounded great, but pretty much plateaued there. And over everything hung the looming shadow of The Mouse, the trademark that promises family friendly drivel entertainment at every turn.

In a mere thirty minute premiere, series writers Edward Kitsis & Adam Horowitz, who also wrote the screenplay for Tron Legacy as well as created the now hit series Once Upon a Time, struck upon something that adds a depth to the Grid that has never before been seen.

The series is situated after Clu’s initial rebellion against Flynn, but before the events of Tron Legacy. Within Argon City, a place at the very edge of the Grid, a maintenance program named Beck (Elijah Wood) witnesses his home annexed by Clu’s army. Shortly after the successful occupation begins and ends, General Tesler (Lance Henriksen) converts the city’s communal and non-lethal game grid into a plaza commemorating Clu (now voiced by Fred Tatasciore who does a phenomenal imitation of an evil Jeff Bridges). Beck’s friend Bhodi protests Tesler’s occupation and is immediately derezzed for his troubles. The capricious murder stirs Beck to action. Hoping that he will inspire others to resist, Beck assumes the mantle of Tron. His first act is to decapitate a statue of Clu before destroying the plaza that housed it. Fleeing from security programs, Beck is chased into the wastelands by Paige (Emmanuelle Chriqui – whose voice you may recognize from the contemporary Thundercats series) Tesler’s right hand program.

Alone in the wilderness, Beck discovers another program, a program long since thought dead, Tron. And Tron is looking for a successor.

So, let’s start with the big question, how does the series get around the Rinzler issue? Quite well, actually. Legacy left us to assume that Tron was converted into Rinzler immediately following his defeat. That assumption is false. Clu left Tron for dead after beating him down. The defeated, but still living, security program then went into self-imposed exile. It’s not so much a retcon as a subtle manipulation of existing canon. Before you complain, consider that this action keeps Tron as a central figure within the series; whereas both Tron and Tron Legacy could have just as easily been called Flynn and Flynn Legacy. After thirty years, it’s about time Tron actually gets explored as a character.

I’m also quite impressed with how the writers are managing the issue of violence within the Grid. Despite being a House of Mouse creation, the world of Tron has always been a dangerous place. Programs who aren’t appropriated as soldiers often end up as gladiators, fighting to the death for the amusement of the masses. A given program’s free will is often limited by strong external forces. Hell, the MCP could easily be seen as the inspiration for Star Trek’s Borg. The Grid is not the sort of place that lends itself to a “nobody dies” philosophy. Yet programs of all varieties are derezzed within the series premiere. Note the verb, derezzed. Nobody is killed, per se, but they still die. When guts and gore are represented on the Grid as cubist art, it’s pretty easy to get away with things that no other animated feature could imagine. The difference may be arbitrary, but it’s enough to make the stakes feel real without becoming excessively gruesome or reducing the action to GI Joe’s level of last second bail outs.

Still, the real appeal of the writing is its ability to establish legitimacy in the story’s central conflict while avoiding a head-on collision with the various horrors that come with totalitarian rule. Consider Beck’s first act of rebellion against Clu’s occupying force: in donning Tron’s garb and destroying a propaganda symbol, he hopes to incite violent change within his society. By any modern definition it’s an act of terrorism. Yet the word is never so much as whispered. Instead, Beck’s branded a renegade program. Once again, the devil’s in the details, but that’s what makes it so clever. Even little things like Tesler loading “volunteers” for the Games into “light-trains” speaks to a 20th century historical context. No twelve year old will ever see this decision as a reference to the holocaust, but any adult with half a brain will catch on to the symbolism.

Overall, Tron Uprising has set itself up to be the true legacy to a movie that genre fans fell in love with thirty years ago. Various remixes and additions to Daft Punk’s already amazing Tron Legacy soundtrack combine with a unique visual aesthetic to bring the grid to life. With Tron training Beck, much as an aged and broken Bruce Wayne took Terry McGinnis under his wing, Uprising looks like a smart, emotionally charged, and poignant addition to the franchise.