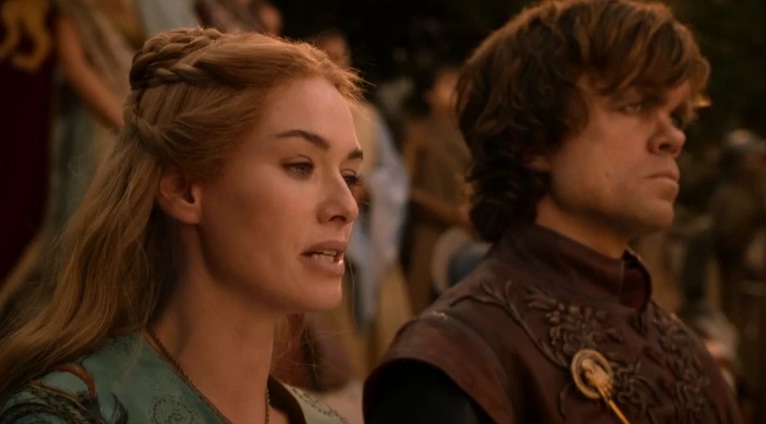 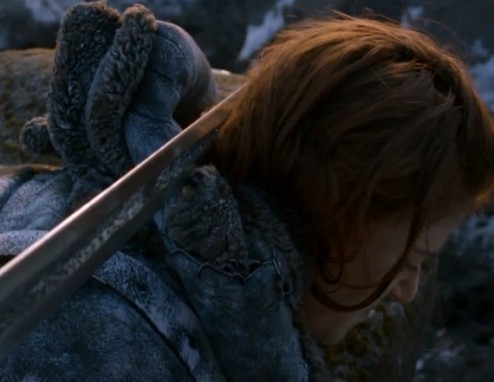 I’m a wee bit conflicted on this episode. On the one hand, events in King’s Landing are fantastic. I’d be the happiest man in the world if an entire episode was set there. Such an action would also assuage my growing fears that Game of Thrones is going to turn into Heroes, a show which was crippled by its exponential character growth and plot lines that never really connected.

While things north of the Wall felt a bit more interesting this week, the story in Qarth is as tedious as ever. As for Winterfell, well things just don’t make sense there.

The rangers tell Jon Snow that he can never expect loyalty from his dire wolf as wild things are beyond knowing. Shortly thereafter they take a wilding prisoner at the mouth of some wildling cave/encampment. Jon gets tasked with killing her, that’s right, it’s a woman, but he doesn’t have the stones to go through with it, you know because she’s a woman. After botching the execution she leads Jon on a merry chase, separating him from the other rangers. With the rangers out of sight, Jon and the wildling set up camp for the night. There’s some cuddling for mutual warmth and a knowing grin on the face of the wildling woman.

Let it be known right now that I’m calling shenanigans on this entire story arc. Theon Greyjoy, the new lord of Winterfell, announces before the assembled denizens of Winterfell keep that he took the castle using grappling hooks to climb the walls. So either Bran Stark is an idiot who sent every man he had, including the guards on the walls, to help the other city, or the Stark’s soldiers are so stupid that they didn’t hear iron hooks bouncing off stone walls.

I don’t know who is to blame for this terrible piece of writing but somebody ought to get flogged for it.

So now Theon and his one ship worth of men (laughable) are occupying the whole of Winterfell. To prove that he is serious about things, Theon lops off Ser Rodrik’s head. Nothing punctuates a scene like the death of a minor character.

Skip ahead and the Stark’s resident wildling gets naked for Theon, offering up savage pleasures to her new lord in exchange for freedom. After shagging Theon into a coma, she leaves his bed to free Hodor, Bran, and Rickon Stark.

A cripple, a child, and an idiot escape from a castle…it sounds like the setup to a Marx brothers joke. 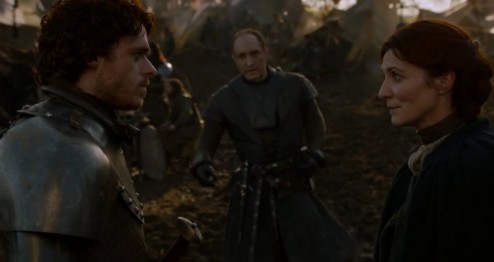 Not much of note happens here. Robb Stark has a chat with that nurse from a few weeks back. In the process he figures out that she is noble born, puppy love eyes soon follow.

Catelyn Stark returns to the camp just in time to cock block Robb. Ma Stark reminds Robb that he’s promised to one of the daughters of that guy from last season who controlled the bridge.

As if being married ever stopped Ned Stark or Robert Baratheon from doing as they pleased.

When a raven arrives with news of Theon Greyjoy’s attack on Winterfell, Robb begrudgingly delegates the counter attack to one of his banner men. The only thing that keeps him from going himself was a reminder that he has the Lannisters on the run.

I’m actually okay with things being a bit slow paced in Robb’s story. I know it’s going to lead up to a huge battle (or some sort of game changer) either at King’s Landing or in Castlerly Rock.

It’s time to fire Emilia Clarke. No, I’m serious. Her outrage as Daenerys Targaryen borders on comical. This week she pitched a fit in the home of a Qarthian noble, demanding ships and men to retake Westeros. As she was yelling about her rightful claim to the Iron Throne, it almost looked as if the actress was trying to fight a smile while delivering her lines.

I know that some of the fault lay in the writing – Daenerys’ character is much younger than Emilia Clarke – but her inability to convey a proper range of emotions is only making a bad thing worse.

So what actually happened in Qarth? Daenerys pitched some tantrums, nobody would help her, and then her dragons were stolen. 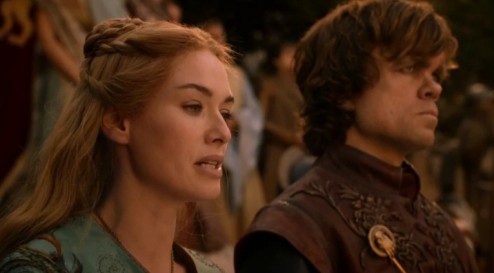 Everybody assembles at the beach to see Princess Myrcella Baratheon shipped off to Dorn. Cersei, who refuses to believe that her brother is acting in his niece’s, and the family’s, best interest swears an equal vengeance on Tyrion. Anybody want to place bets on how long it takes Cersei to find out about Shae?

En route to the keep, the Royal party is met with jeers and cat calls from the great unwashed. One person even lobs a pile of shit in Joffrey’s face. Enraged, Joffrey orders his men to kill the poop slinger. With that command, a full blown riot ensues.

This scene was amazing. Sheer unbridled populist outrage takes hold of the city. Lannister guards are torn limb from limb by the mob. Poor Sansa, who Joffrey left to her fate despite Tyrion’s objections, nearly gets gang raped just because she looks to be high born. The only thing that saves her is the Dog’s timely intervention.

Then, the coup de grace, the thing that we’ve all been waiting for: Tyrion slaps Joffrey. The slap came on the heels of the line of the night, also uttered by Tyrion, “We’ve had idiot kings and vicious kings, but you are the first vicious idiot that we have ever seen.”

At this rate, Stannis Baratheon isn’t going to have to attack King’s Landing. He’ll just need to show up and the people of the city will give him the Iron Throne.

Once again, nothing here was particularly essential to the main plot.

During a strategy meeting we learn that Tywin Lannister’s councillors are idiots – probably why he is losing the war. We’re also treated to a bit of Tywin’s back story. Hearing about how he taught Jamie to read, despite his eldest son’s dyslexia, was enough to make me wonder why his children turned out as they did. In fact, he hardly seems like the same man who orchestrated Tyrion’s tactical heart break.

After that, Arya orders her second kill when one of the Lannister guards catches her with a stolen letter concerning Robb’s troop movements. So who will be the third to get it at the hands of the Ghost? Tywin himself, perhaps?

Later, Little Finger shows up for a planning session with Tywin. He suggests getting House Tyrell on side with the Lannisters, despite the fact that they were recently allied through marriage to Renly Baratheon. All the while, Arya attempts to keep her back turned on Lord Baelish lest he recognize her. I suspect we’re meant to think Arya was successful in remaining anonymous as to heighten the surprise next week if/when Little Finger confronts her.

After watching King’s Landing tear itself apart, I continue to lament the fact that the majority of the show’s focus has left that city. I know the source material does little to bring the divergent stories together, but television doesn’t lend itself to that sort of writing. The writers need to start taking liberties with the novels whereby they bring more of the cast together. Otherwise the plots, as well as the character interactions, risk going prematurely stale.