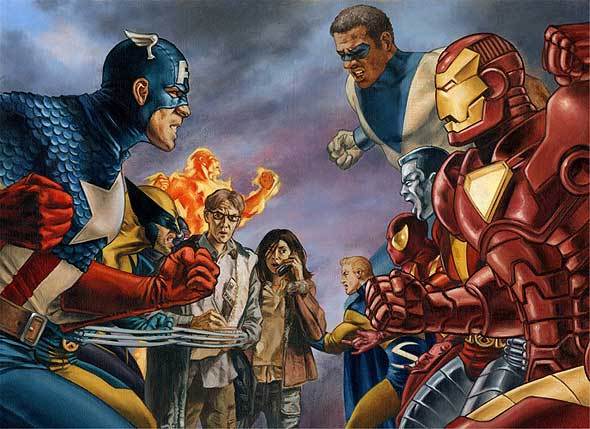 One of the most interesting parts of science fiction/speculative fiction is looking at how writers’ imagine we will govern ourselves in the future. Will innovations in technology create shining futures where government regulation is benign? Or will humanity drift into dystopia and the jack boots of totalitarian rule. Drawn from a variety of mediums, I offer seven examples of future law for your consideration. 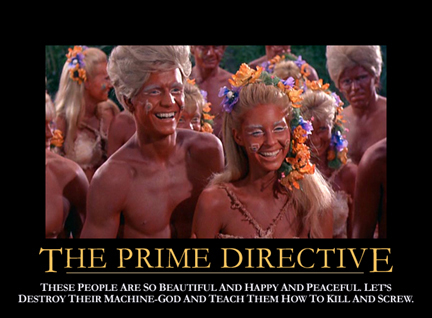 A rule this big has to be either first or last in a post like this. I chose to get it out of the way early.

Meaning: In short, the prime directive forbids members of Star Fleet from mucking about in the development of pre-warp drive civilizations. Of course most Star Fleet captains tend to have a rather liberal approach to the PD.

Value of the law: In theory the Prime Directive protects Star Fleet officers from their own good intentions. It could also be seen as a lassie-faire means test for emergent civilizations. Rather using their resources to nudge a planet along a healthy development path, the Federation has codified inaction. This isn’t necessarily a good thing when the Prime Directive  oozes into real world politics – case in point, the world’s very slow reaction to Syria. 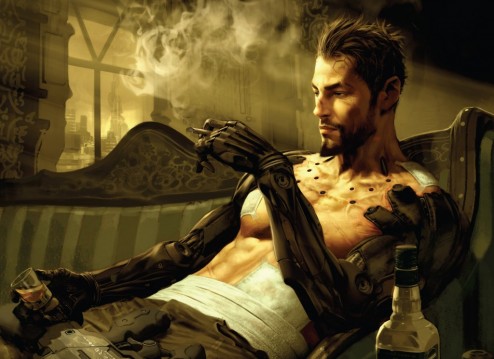 Meaning: The near future world of Deus Ex answers the question of biological evolution through technological enhancement. No longer limited to the realm of limb/organ replacement, cybernetic/nanotech augmentation is about cosmetic appeal, performance enhancement, and a marker of economic status.

Value of the law: Though the mythos explores ‘human purity’ movements, the main purpose of the laws are to create oversight in an unregulated market. Essentially, it’s a way of putting government in control of post-human evolution, rather than leaving it in the hands of corporate interests. Not simply an allegory for contemporary socio-economics, Deus Ex’s Augmentation Regulations evoke timeless questions on what it means to be human. 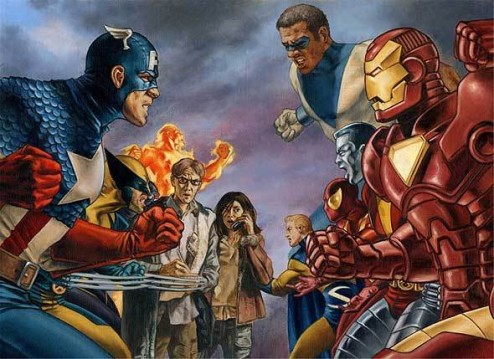 Meaning: After a group of amateur super heroes blew up a significant portion of Stamford, Connecticut, the federal government, upon the urging of Tony Stark and Reed Richards, passed a law that required any person with super powers residing within the United States to register as a living weapon of mass destruction. In doing so, their public identity would be a matter of record. Should they undertake any super heroics without the consent of SHIELD, they’d be treated as criminal vigilantes.

Value of the law: It wasn’t a particularly new concept within the Marvel universe. Anybody who follows X-Men knew that mutant registration was a regular theme, which drew inspiration from any number of 20th century atrocities. Yet the idea resonated with a post 9/11 audience that was particularly sensitive about issues concerning individual and civil liberties in the wake of Patriot Act abuses. 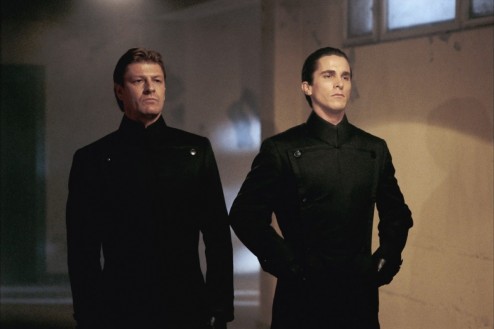 Meaning: In the post world war three nation-state of Libria, the powers that be decided that human emotion was the cause of all suffering. Their answer to this problem was to rid people of all emotion through a culture war and widespread use of super Prozac. To feel was to commit a capital crime against the state.

Value of the law: It’s hard to ascribe value to a law that forbids emotion while promoting a poorly designed fascist state. As a film, Equilbrium owes much to George Lucas’ THX 1138, and, like most totalitarian dystopias, to the writing of George Orwell. So perhaps the worth in the sense laws is in understanding their narrative origins.

Meaning: “Thou shalt not make a machine in likeness of a man’s mind.” One of the cornerstones of Orange-Catholicism, the dominant religion within Frank Herbert’s Dune, is the prohibition into research that would create artificial intelligence.

Value of the law: The commandment works to thrust the Dune universe into a prolonged period of technological stagnation where even the most rudimentary computers are met with extreme suspicion and distrust. This lays much of the groundwork for the high fantasy motifs that permeate the novel.

6 – Psychic Registration and the Psi-Corps – Babylon 5 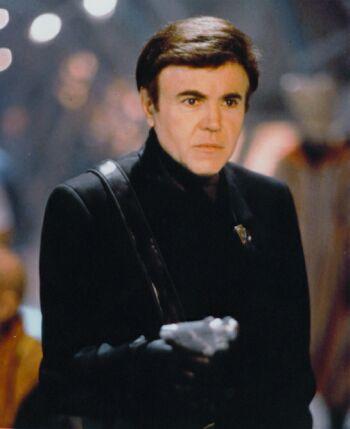 Meaning: In Babylon 5’s vision of the 23rd century, human psychics have three choices in life: prison, drugs to suppress psychic abilities, or joining the Psi-Corps.

Value of the law: As the show reveals, the Psi-Corps is anything but a benevolent organization. It enacts breeding programs, carries out human experimentation, and executes its own political agenda independent of any concern for how their goals will affect non-psychics or “Mundanes”. Much like the Superhero/Mutant Registration Acts and the Human Augmentation Regulations, the Psi-Corps is a perfect example of how issues of evolution can get ugly when a small group of people think they are superior to the multitude. 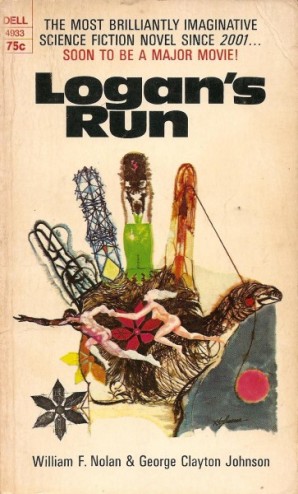 Meaning: Within a near post-scarcity world, the state, as manifested by an aging and decaying computer, enforces a rule that people must die on their twenty-first birthday. (I’m going by the book not the movie on this one, so don’t talk to me about dying at thirty)

Value of the law: William F. Nolan and George Clayton Johnson asked two interesting questions within their novel: What happens when the state gets so powerful it can tell you when to die? Why should people respect their elders? The revolution that began the novel’s “death at twenty-one movement” was the result of a disproportionately young population in the wake of the baby boom. Rather than levelling off, the world reached a critical mass of young people by the year 2000. It’s easy then to see the law as the result of a majority seizing political agency from the entrenched authority. Yet it’s also a commentary maintaining a sustainable population through invasive social control.

Honourable mentions include: Futurama’s mutant laws, Blade Runner’s replicant laws, Ringworld’s reproduction lottery, the nanny state gone wrong in Demolition Man, and the no babies law from Zero Population Growth. My thanks to Rick Landon for his suggestion of Equilibrium’s Sense Laws.