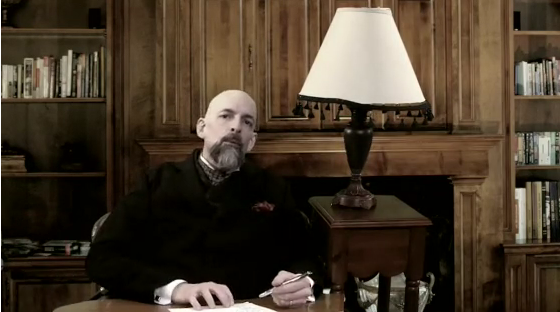 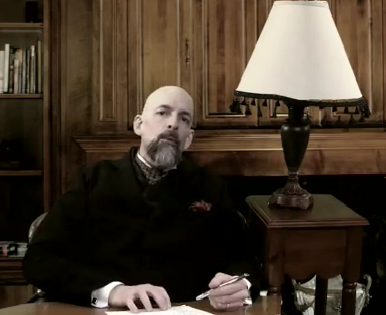 Acclaimed historical and science fiction writer Neal Stephenson likes swords. Stephenson likes swords so much that he and some of his writer buddies spent years learning European swordplay as research fodder for their novel/serial The Mongoliad. That alone should be enough to convince anybody that Mr. Stephenson has a great affinity for the elegant weapons of days gone by. Though when you stop to think about it, there’s not a lot of elegance in cleaving a man’s arm from torso with a broadsword. Still, it sure is fun to think about sword fighting within a conceptual framework that divorces the gory reality of bladed weapons from the nostalgic/cool parts.

Enter “CLANG” a sword fighting game, that in the words of Stephenson himself, “Doesn’t suck.” Or at least it won’t suck once Stephenson and his team get done making it. That’s right boys and girls, Neal Stephenson is making a video game. Here’s the video for his kickstarter campaign.

At the time of this post, the campaign has already raised $192,000 of its $500,000 goal. And who says that nobody’s heard of Neal Stephenson? The description of CLANG, as well as the video, boast three features that are going to make this product stand out among the competition.

Low-latency, high-precision motion controller: Critical to a satisfying sword fight is fast, accurate response. This is especially important for CLANG given the depth and complexity of moves that are used in real sword arts. Initially, CLANG will make use of a commercial, third-party, off-the-shelf controller that anyone can buy today

Expandability: Implementing the longsword style will oblige us to construct a toolkit that can then be used–by us, or by others–to create other examples of what we’re calling MASEs (Martial Arts System Embodiments). If your thing is Japanese kenjutsu or Viking sword-and-board, then in principle CLANG should support it.

It’s an interesting concept, due in no small part to CLANG’s desire to be a motion controlled game. Back in the late 90s there were a few FPS titles that wanted to capture the essential finesse of swordplay through eloquent mouse movements. They were ambitious projects that inevitably scaled down the action into the sort of “press X to swing”, “press Y to feint” mechanics that go into most contemporary hack and slash games. Given the embarrassing attempt on the part of LucasArts to integrate motion control into their recent title Star Wars Kinect, and the lingering bad taste that the Wii’s Red Steel left in my mouth, I think the market is primed for a watershed moment.

Though the initial release will be limited to arena based combat on the PC, Stephenson and team have promised that CLANG is being designed as something that can be expanded into a sprawling world full of quests and adventures to be had.

My only concern is the “third-party off the shelf controller” part of CLANG’s description. That sounds like code for Chinese Wii-mote knock off. While I don’t doubt the ability of Subutai Corporation to code a game that puts a premium on technique, I have some reservations about the ability of existing motion capture technology to make full use of said programming. My own experiences with the Wii, and Kinect have never inspired a “Shut up and take my money” response. So long as the technology can prove itself up to the task, and Stephenson puts as much effort into this game as he does his novels (sort of a given considering who we are talking about), CLANG may prove to be something gamers have dreamed of since they first put on a Power Glove.

For now you can support this project or find out more about it by visiting CLANG’s Kickstarter page.