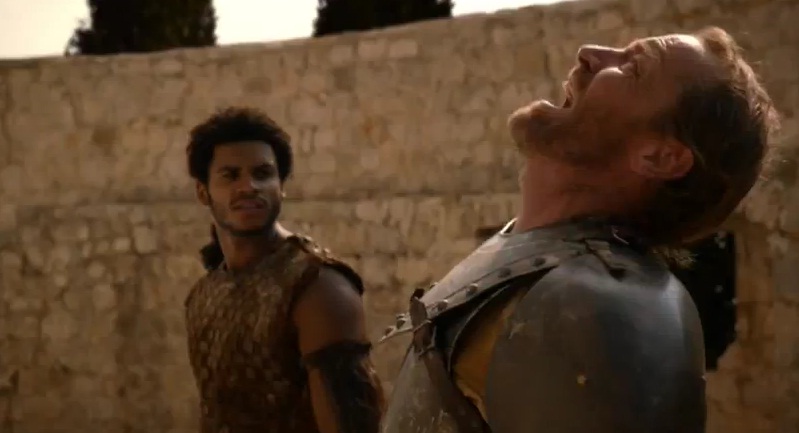 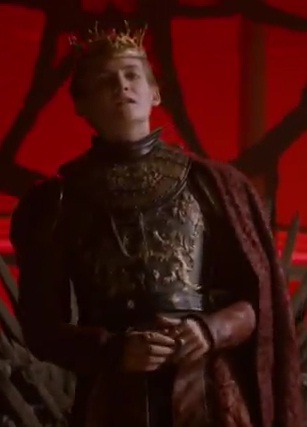 Alas, another season of Game of Thrones has come to an end. We’ve seen squabbles with the brothers Baratheon. Tyrion and Cersei have waged their ongoing war of words, feints, and betrayal with Shakespearian efficiency. Jamie Lannister was all but forgotten before returning in the eleventh hour as one of the show’s most interesting villains(?). Jon Snow got beaten up a few times. And, of course, Dany Targaryen did a whole lot of pouting.

There’s nothing left to do now but recap the few loose ends, and offer some final thoughts on the season.

Joffrey, the little twerp, named Tywin Lannister the saviour of King’s Landing and official Hand of the King. Indicating the low esteem in which he holds either his grandson or the new office, Twyin declined to get off his horse to receive the honour. Also his horse shat all over the floor of the Red Keep’s throne room. I don’t think I need to draw anybody a picture so that they might pick up the symbolism there. I may though, if somebody asks nicely.

It’s also revealed that Twyin’s last second victory against Stannis’ troops was not solely a Lannister affair. Little Finger was able to bring House Tyrell on side with the Lannisters against the “rebel” Baratheons. The Tyrell’s military aid also brought Margaery Tyrell to the royal court. With a little bit of prodding from Cersei, Joffrey dissolves his engagement with Sansa and agrees to make Margaery his queen.

Speaking of people getting married, Robb decides to marry that nurse girl, breaking his vow to marry a daughter of Walder Frey. The consequences of that course of action remain to be seen. Other unresolved things include the state of the Stark’s war against the Lannisters. In fact, that’s been one of the poorest covered story elements this season. Granted we know that Robb has been kicking ass and taking names, but where’s the update on what’s actually going on in the war? If Tywin’s men are in King’s Landing, who is Robb fighting? Is he marching on Casterly Rock? Is he marching on King’s Landing? Whatever happened to those surrender negotiations that people were going on about around episode seven? 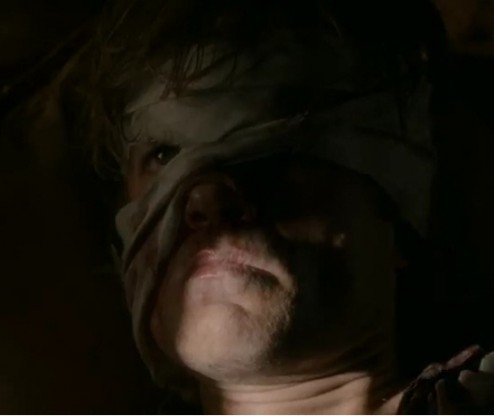 As for Tyrion…well Tyrion got sacked. Despite mobilizing the city against Stannis’ attack, the now scarred former Hand of the King has been relegated to a small room, stripped of all previous retainers and position. As for the Lannister that carved up Tyrion’s face, that gentleman did so under Cersei’s express orders.Though Shae attempts to convince Tyrion to leave Westeros, he admits that playing the game is the only thing he’s good at doing in life. Phoenix + Ashes=Tyrion in season 3.

Theon gives a great speech to try and rally his men to a glorious death at the hands of the five hundred Stark banner men surrounding Winterfell. In a comedic turn of events, Theon’s first officer clubs him over the back of the head and presumably sells him out to the Starks in exchange for their freedom. Then, yet again, things get confusing. When Bran and Rickon emerge from their hiding place in the keep, they find the city a smoldering wreck. This invites the question, who burned Winterfell? Was it the 20 Iron Islanders? Was it the Stark’s own banner men? And where did these men go?

Perhaps I’m slow, but this year’s attempt at wrapping things up is really slipshod.

Arya has one last encounter with Jaqen H’ghar as she, Gendry, and that fat kid walk…somewhere. Despite his offer to take Arya to Bravos to learn the ways of an assassin, the youngest female Stark opts to remain in Westeros in search of her family. Before changing his face into that of another man, quite the party trick, Jaqen gives Arya an assassin’s calling card in the form of a coin. If Arya gives this coin to anybody from Bravos and says the words “Valar Morghulis” Jaquen will find her so that she can be trained as a “faceless one”. 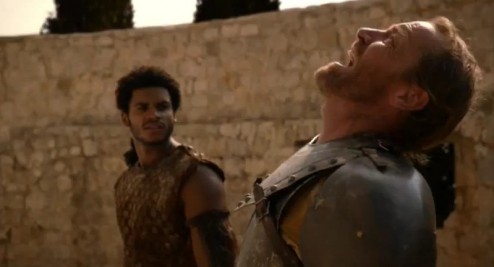 After magically teleporting into the House of the Undying, which allowed Jorah Mormont to re-enact Stanley’s most memorable scene in Streetcar, Dany found her dragons. This reunion allows the dragons to torch the warlock who was intent on keeping them captive.

Now armed with her house cat sized fire breathers, Dany and Jorah lay a little revenge on Xaro Xhoan Daxos. Dany locks Xaro and his bed wench in the big vault. Oh and here’s an interesting turn of events, Xaro’s big vault was empty. Relevance? None since this story arc has been filler material all season.

With the surviving members of her Khalisar in tow (am I the only one who thought they were all dead), Dany takes to looting Xaro’s opulent home so that they might buy a ship bound for Westeros.

Seriously? It took a whole bloody season to get to that uninteresting point? Talk about your monumental wastes of time. Mark my words, boys and girls, if the entirety of Dany’s role in season three is to sit on a boat and sail the Narrow Sea, I’m writing a letter to HBO and George R.R. Martin.

As for Jon Snow, well he killed the other ranger in a brawl to win the loyalty of the wildlings. Sexy yet conflicted times ahead for him next year? I think so.

The Best Thing EVER 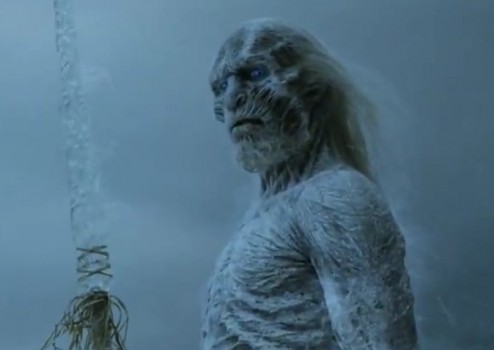 Sam and a couple other Night’s Watch fellows are out scavenging things to burn. During their hunt, Sam is going on about how interesting Gilly is as a person. The discourse on interpreting the female form is interrupted by three horn blows. For those who forget, three horn blows means approaching White Walkers. The other Watchmen run for their lives, leaving the slow, fat, and clumsy Sam to his own devices. As the wind picks up, shambling figures come into frame. Before long there is an entire freaking ZOMBIE ARMY passing Sam by. That’s not even the best part. This army is lead by a frost monster thing riding a zombie horse. Now that is something that will make people care about Jon’s story again.

Notwithstanding the Battle of Blackwater Bay, it was a bit of a slow season. That said, if there’s any justice in the world, “Blackwater” should earn Game of Thrones no shortage of Emmy nominations in the technical categories. Peter Dinklage and Lena Headey are both likely to see Best Actor/Actress nominations coming their way for continued excellence this year. I expect that Nikolaj Coster-Waldau will also collect a nom for best supporting actor. On that note, I sincerely hope that A Storm of Swords is Jamie Lannister’s time to shine. Save for the last three episodes of the season, his character all but disappeared this year.

I’m also thoroughly convinced that anybody whose last name is Stark and is over the age of fourteen is a blithering idiot. Ned trusts people who tell him not to trust them. Robb marries a girl who should just be a wench on the side. Catelyn releases Jamie Lannister on some half baked notion that she will actually get her daughters back. Jon Snow, technically a Stark, can’t follow orders to save his life. The Lannisters might be scum bags, but at least they don’t seem to share a single brain between the lot of them.

So that’s it. I’m not quite sure what will be replacing Game of Thrones Mondays. I was tempted to make it True Blood Mondays, but I fear such an action would cause my brain to melt. Perhaps Tron Uprising Mondays? A note of thanks to everybody who kept coming back each week to read these posts. I know they are long, but I try to make them worthwhile. And a special thanks to Christina Boulard, who has re-tweeted every Game of Thrones Mondays update that I have made over the last two and a half months. Everybody should follow her on twitter.