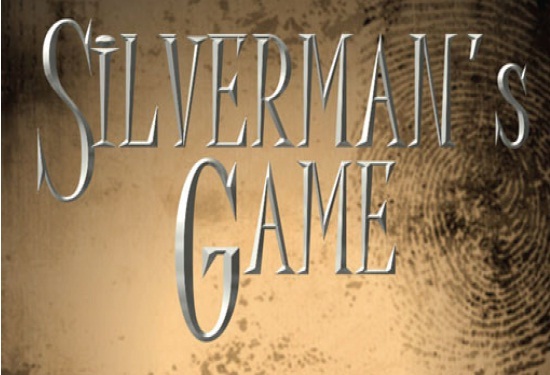 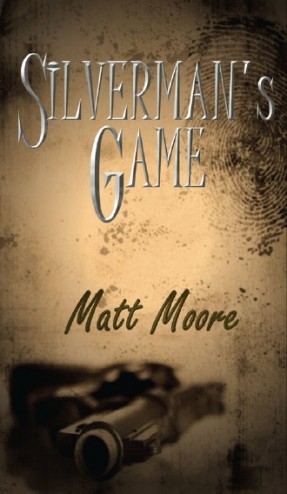 Full disclosure: Matt Moore, as anybody who reads this website or listens to my podcast knows, is a friend of mine. But for the sake of this review and per Matt’s request, I’m taking off my Jeff Winger crafted magic friendship hat, and donning my critic’s fez.

There’s little doubt in my mind that Silverman’s Game is a good piece of longish short fiction. The characters are well developed. There’s a perpetually tense atmosphere throughout the narrative, proving once again that the author knows how to set a mood with the written word. The structure of the story, however, tends to get in the way of the plot. Therein I wasn’t particularly surprised with the resolution to this piece of psychological horror/suspense. Arguably, an internal spoiler of sorts is not that big of a deal for most critical readers. I only bring this up because unlike many of Matt Moore’s other stories, Silverman’s Game targets a broader audience.

Silverman’s Game is what Star Trek fans would recognize as a Kobayashi Maru – the no win scenario. When three teenagers break into the eponymous Silverman’s house, he teaches them a lesson at the end of a revolver. Between the narrator, his brother Greg, and Greg’s friend Jack, the trio must decide who among them will die so that the other two may live. First person narration adds a layer of intensity to the story telling as the group scheme, cajole, and ultimately embrace the bizarre test of survival. In that, Silverman’s Game is very much an effort to subvert the literary tedium that is the “coming of age” narrative.

Beyond the inherently macabre nature of the story itself, the characters’ dialogue manifests as an essential asset in the ongoing subversion of the myth of idealised youth and better days gone by. Jack, the established troublemaker of the group, works in profanity, slurs, and racial epithets like an artist sculpting clay. Unsettling as his speech may be, the language echoes the pretensions of maturity that teenage males so often adorn themselves with as a means of demonstrating their entry into manhood. To that end, these characters ring quite true even if their situation is exaggerated for artistic purposes.

Silverman, as a character, is something of a conundrum. In one sense, he’s the embodiment of the “stay off my lawn” old man archetype taken to the extreme. Though he draws a connection to the Second World War when explains that his game originated with an experience his grandfather survived in occupied Poland, there is an odd whiff of Vietnam veteran emanating from this man. Granted there’s nothing explicit to the text that points to this piece of back story, but there is something in the way he oft calls “bullshit” that evokes an image of R. Lee Ermey as Full Metal Jacket’s Gunnery Sergeant Hartman. Once again, high marks to Moore for trusting his readers to craft Silverman’s history rather than explaining it all away in an info dump.

As mentioned earlier, the only potential problem in this story, I say potential in that it really comes down to what a reader wants out of a piece of fiction, is that its construction gets in the way of the plot. Deft use of the first person narrative is sine qua non in a story like this; Moore pulls that off with polished aplomb. It’s the opening sequence, with an adult narrator reflecting on the events of his youth, which ruined the ending for me. Within a few hundred words of the present to past perspective shift I knew how the game was going to end. While that in no way invalidated the journey, I do like to be surprised from time to time.

Should you buy this story? Absolutely, yes. It’s a well crafted piece of writing that revels in eviscerating a protagonist’s psyche without so much as a single physical scar. All the while it undermines any romantic notions that a reader may hold toward childhood innocence and teenage shenanigans. While predicting the ending won’t require a visit to the oracle at Delphi, the trip from beginning to end ultimately proves to be a satisfying experience.

Silverman’s Game was written by Aurora Award nominated science fiction and horror author Matt Moore. It is available as an e-book from Damnation Books.