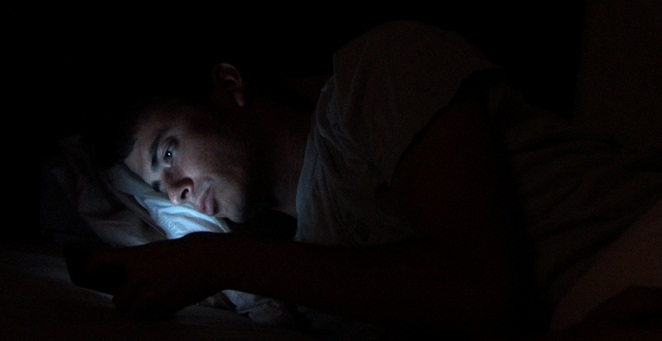 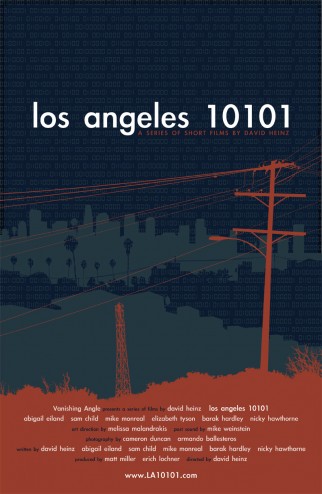 A good film has the ability to make the viewer see something of themselves in the characters on screen. When I first watched the three short films that comprise the Los Angeles 10101 project, I found myself identifying, to some extent, with all the principal players. I don’t know if that makes me a horrible person, but it certainly speaks volumes about how in tune these shorts are with the reality of dating and romance in the digital age.

Directed by David Heinz, LA 10101 goes beyond exploring the ubiquity of technology in society, instead examining texting, internet dating, and status updates as things that enable and simultaneously hinder our ability to connect with other people. Though filmed on location in Los Angles, none of the stories hinge upon geography, or an intimate knowledge of the city. The three films, 3am, 8am, 11am, represent contemporary narratives of alienation that could happen to anybody in any place. Given the subject matter, it would be easy for LA 10101 to default into preaching the ills of technology upon society. Yet the films resist the temptation to moralize. If anything, ambiguity is an essential component to each short.

3am is the first of LA 10101’s three films. This particular story explores the pitfalls of late night text messages. The camera work during the texting scene, the words of which were improvised and shot in real time, literally puts the cell phone in a rather unique perspective. As if to emphasize the impersonal nature of the text message, and the often painful amount of time required to say very little, it is a full three minutes into the film before we finally see an actor’s face. Though not my favourite LA 10101’s three films, I very much enjoyed how 3am illustrates the false confidence that comes through using technology as an intermediary.

For my time, 8am is the strongest of the three LA 10101 films. The entirety of 8am is shot without artificial lighting. This creates some rather haunting contrasts of light and shadow as Michael (Mike Monreal), a compulsive internet dater with anxiety problems, searches the internet for love by the warm glow of his laptop. Low light shooting also forces a level of intimacy between the character and the camera. Scenes in cars, stairwells and narrow apartment corridors create a feeling of cinematography induced claustrophobia. Such strategic style accentuates the physical ticks and constant state of stress found in Mr. Monreal’s acting.

Despite everything that is meant to make Michael seem like an outsider, there’s an accessible vulnerability in his nature. Where text messaging can make a person prone to bravado, internet dating allows for the freedom to be an ideal version of one’s self. This phenomenon is known to D&D players as “minmaxing”. Therein a player minimizes a character’s negative personality/physical traits and maximises the good ones. Unfortunately, taking an online relationship into the real world requires confronting the minmaxed identity with a potentially less flattering reality. As Michael illustrates, this can often lead to an existential crisis wherein the only option is to just walk away.

11am is perhaps the most ambitious of the three LA 10101 films. It has the longest run time, the most dialogue – all of which is improvised by the actors – and the least dependence on technology as an actual element of the story telling. In the span of ten minutes 11am chronicles how something as banal as Facebook can contribute to the absolute implosion of a relationship.

This poses an interesting question: is Facebook really that relevant to the modern relationship, or is it just an easy way to quantify the abstract? As someone who is guilty of extensive a little Schadenfreude when people open up their private issues to audience participation, I’m probably not the best person to tackle that question. If we want to make the case that the relevance of the relationship status has ebbed since the middle of last decade, the false friendships that emerge from social networking remain as troublesome in reality as they are in this film. Though the dialogue was composed on the fly, the acting and pacing make the events of 11am imminently believable, save for the fact that most of my hangovers render me prone to drink Gatorade while spooning a chuck bucket rather than inspiring a post-coitus relationship audit. The raw emotion of the scene, however, is well worth suspending disbelief.

LA 10101 is ultimately successful in framing the ways technology influences and infiltrates the modern relationship. The stories it weaves transcend contemporary location and time, acting as a focal point for the last ten years of digital culture. For less than half an hour’s investment in time, LA 10101 pays fantastic dividends.