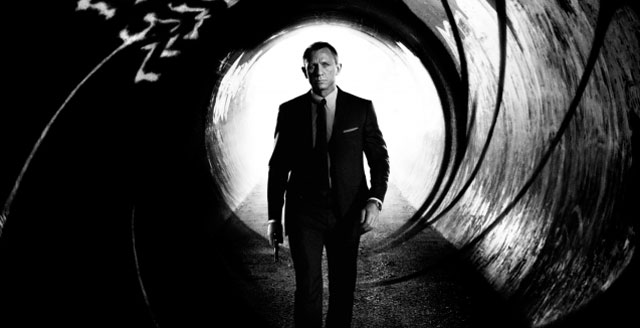 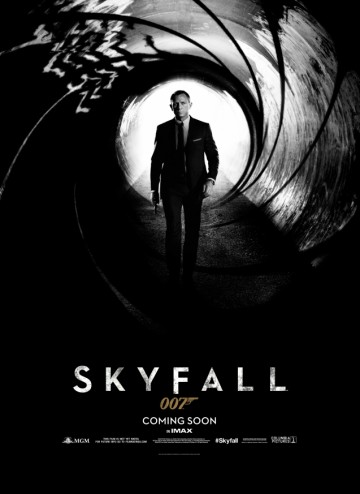 Oh Skyfall, I really want to like you, honestly I do. Because, let’s face it, this is probably going to be Daniel Craig’s last Bond movie. It’s not that Craig’s 44 years are too many for the role (Pearce Brosnan was 49 when Die Another Day was released and Sir Sean was 53 when Never Say Never Again hit theatres). But given MGM’s ongoing financial woes, the four year delay between Quantum of Solace and Skyfall, and the now established trend of catering to a “youth” demographic, I imagine it’s only a matter of time before Benedict Cumberbatch gets cast as the next 007.

I also want to like Skyfall because I miss the, dare I say, intelligent(ish) way in which Casino Royale brought the post-9/11 world into Flemming’s mythos. Granted, it didn’t take much effort to restore dignity to Her Majesty’s Secret Service after the Keystone Coppery that came to be the hallmark of Brosnan’s Bond tenure. Since Quantum of Solace proved an ill conceived tangent whose sole purpose was to cure 007’s emotional hangover, I had high hopes that Skyfall could get back to the “real” world forged in Casino Royale. Now, I am less optimistic.

Let’s start with the obvious stuff.

I know it’s been a while since 1997, but did nobody at MGM stop and say, “Hey isn’t this premise of fucking Mission Impossible?”

Taking the trailer at face value, the only things separating Skyfall and Mission Impossible are bubblegum explosions and Emilio Estevez.

Also I’ll readily admit I may be a bit spotty on all the details of 007’s history, but when did his Walther PPK turn into Judge Dredd’s Lawgiver? Putting random techno gadgetry into the trailer screams plot gimmicks that will be used to resolve an otherwise impossible situation in the movie. In short, I’m being told to look forward to a Hindenburg sized Deus ex Machina at some point in the story.

Sure, I get that the PPK is supposed to symbolize the evolution of Craig’s Bond from a “blunt instrument” in Casino Royale into a super spy, but there has to be a less cheese-tastic way of showing that. Palm print activated guns are a stone’s throw away from Bronsen’s car with a cloaking device active camouflage. Instead of a progression, Skyfall’s trailer looks like a regression to the sort of schlock that demanded a Bond reboot in the first place.

Of course if I’m right about making Cumberbatch the new Bond, then this is all part of MGM’s master plan.

Meanwhile, does anybody else think that this piece of advertising telegraphs a little too much of film’s the plot? Assuming that there is some internal continuity jumping within the trailer, here’s the read I have on the story.

M loses the NOC list as part of some high-risk operation. Knowing that all her best agents are about to be compromised, she contrives a situation where 007 will get “killed”. She then writes off her exposed agents as losses, banking on 007’s need for “purpose” to bring him back into the game. Intel gathered at the expense of the dead agents points to Javier Bardem as the kingpin of SPECTRE/KAOS/HYDRA. Bond gets word of all of this but doesn’t care until Javier Bardem blows up MI6. Then, for enigmatic reasons that are his own, Bond comes back, but he isn’t quite the man he used to be. Weaknesses become strength, and Bond wins the day. Oh and a PG-13 rated sex scene, because what would Bond be without some wenching?

I know that plot is not always the most important part of a story. But in the case of James Bond, there’s not really a lot of room for deeply layered subtext. It’s not a mystery, it’s a spy movie. The thrill is in the chase, so to speak. Perhaps the benefits of hindsight are a little too acute in this instance, but compare Skyfall’s trailer to Casino Royale’s.

This particular Casino Royale trailer limits itself to framing terrorism as a game of bluffs and bravado between Bond and Le Chiffre. The film’s central conflict is there, but the path from from A to B remains somewhat obfuscated. Quite cleverly, there are hints that Vesper is just a bond girl, but the romance between her and Bond alludes to something more substantial. Therein, Bond’s personal story, not just the overall plot, is in play within this trailer. The action and parkour get people interested, but the intrigue is still well at hand. Can the same be said for Skyfall?

Trailers being what they are, I could be completely off base with this analysis. Point in fact, I hope I am wrong. After all this time, I want Skyfall to be at least on par with Casino Royale. As it stands, I think it’s quite telling that, as a piece of marketing, Dredd’s trailer clearly outshines that of a film that is the 23rd entry into a much beloved franchise.