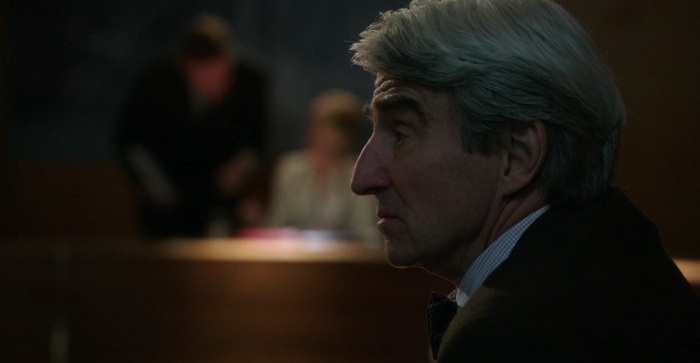 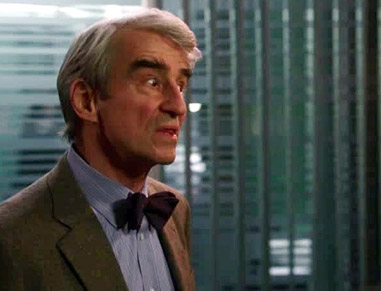 I have this rule, well more of a guideline, when I write about television. I won’t put pen to paper until I’ve watched at least three episodes of a given series. When I first wrote about The Newsroom I broke this rule for the simple fact that Sorkin’s news drama impressed me. Perhaps the Fukushima episode appealed to my inner Japanophile. Maybe I just missed watching Sam Waterston work (I’m talking to you NBC. Law and Order was a tent pole). Whatever the explanation that lone episode made a strong impression with me. In the two episodes that have followed Fukushima, I’ve beheld The Newsroom’s descent into the sort of flip-flopping manic dreck that would have made John Kerry circa 2004 blush.

Between last week’s Bin Laden episode and this week’s Casey Anthony/NSA spying stories The Newsroom has been playing a troublesome game of post 9/11 volleyball. I should put a caveat on the word troublesome in that it is troublesome for me, probably troublesome for an international audience, but likely perfectly standard fare for Americans. What I saw as saccharine schmaltz when an otherwise acerbic and arrogant Thomas Sadoski became a flag touting rah-rah American upon simply laying eyes on an airline pilot (and PS under TSA regulations airline captains do NOT leave the cabin while passengers are on board, even if the plane is 3 feet from the gate) probably resonates at a different pitch for Americans than it does for me.

This week, however, the ball was in the other side of the court. In what amounts to the “B” story of the episode, Sam Waterston’s character is presented with a domestic surveillance scandal that strikes at the very core of civil liberties and constitutional rights in America. The subsequent investigative journalism is the sort of thing that even as recently as five years ago would have been derided as “helping the terrorists” within a very limited Bush-era political dialogue. On one level it’s great to see story telling that won’t bend the knee to this shallow discourse. But from where I sit, The Newsroom does not get to have its cake and eat it too. It’s schizophrenic at best, disingenuous at worst, to see the series taking this tack when Jeff Daniels as Will McAvoy is perpetually on his soap box about inconsistency in political candidates and journalism as a whole.

To put it another way, the writers/Sorkin do not get to complain about pandering in the media this week, when last week they/he was/were guilty of the very same appeals to base emotion.

Moving past those issues, which once again I fully acknowledge may not be seen as faults to an American audience, there are some nuts and bolts details that should stand out as rather disappointing to any intelligent viewer.

Let’s start with Olivia Munn. During the Fukushima episode I looked at Munn’s performance and saw her as an Emmy rival to Lena Headey as Cersei Lannister in Game of Thrones. During the last two weeks Munn has been reduced to, if you’ll pardon my French, tits and ass gags. As part of a pitch to research internet trolling, Dev Patel’s character asks Munn if he can leave some misogynist comments about her on the ACN website. Munn’s reaction is not the expected, “How dare you? I am a professional. Do not reduce me to a sexual object et cetera et cetera.” Rather, Munn shoves Patel into a wall demanding to know if her ass, does indeed, look fat.

Are you kidding me? I know it is supposed to be a throw away gag, but I’m issuing a yellow card for that infraction. What comes next? Munn’s character talking about having a bad hair day? Or maybe a male character could walk into a conversation where she’s talking about menstrual bleeding. I mean, that’s the sort of thing that would really break new ground when it comes to female characters on television.

Then there’s Emily Mortimer’s 4th wall violation. The scene of the crime is the ACN meeting room. Mortimer is forcing the News Night team to deal with the fact that they must cover the banalities of the Casey Anthony trial to recover lost audience share. Therein she makes a pointed comment against Nancy Grace and the lowest common denominator of the news consuming public who fuel the (pointless) 24 hour news cycle. Awesome. Nobody needs to come down a peg like the people who thrive on the tragedy porn (also the episode’s title) that is Fox News and CNN. But to make such a statement while looking directly at the camera? No. No, Aaron Sorkin, you forget yourself, sir. You, or your director, forget that the sort of people who watch The Newsroom are not the type who hold Nancy Grace in any sort of esteem. Mortimer’s brief moment of direct connection with the audience is wholly misplaced and utterly flagrant.

The Newsroom, in the estimation of my twitter friend Michelle Dawson (American), is what intelligent Americans desire of their journalism. Fair point. But said aspiration illustrates another flaw within the series: everything in The Newsroom is old news. It’s great that Sorkin is trying to shine a light on the short comings in America’s media culture. Yet if I want to see piss taking of that magnitude I turn to institutions like Jon Stewart and, to a lesser extent, Trey Parker and Matt Stone. Angst driven snark about Anthony Weiner’s wiener tracks as Johnnie-come-lately writing. Were that this senatorial wang-chung was the “B” plot of the episode, I wouldn’t really care about having to sit through it. However issues like Weiner are too recent to be history and too trivial to still be on the cultural radar, so why make them the “A” plot? Perhaps it’s just too meta for me to appreciate.

All these points notwithstanding, I still enjoyed the burgeoning NSA surveillance scandal plot arc. So I am going to keep watching The Newsroom if only to see what happens to Perry White Charlie Skinner. I do so though now quite confident in the thought that The Newsroom is not talking to me, any other Canadian, or anybody who doesn’t have an intimate relationship with contemporary America.