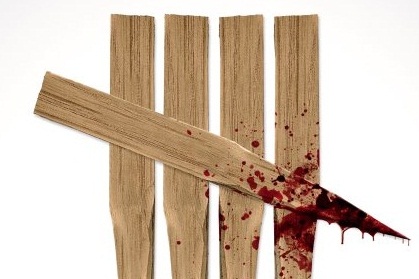 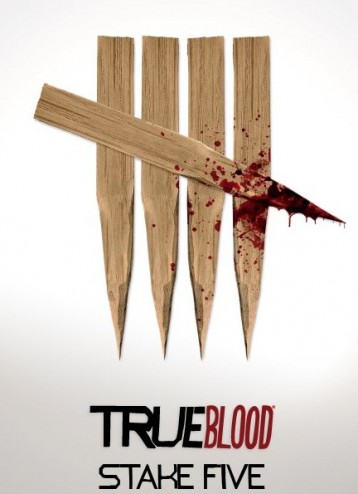 There is no better sign that winter is coming than my annual True Blood post. Of course this also means Episodes, my summer time answer to Community, is probably nearing the end of its season; more on that particular series in another post, though. So what are we to say about the fifth season of a show which began as vampire soft core porn and an excuse to see Anna Paquin naked? Compared to the third and fourth seasons, this one is a step in the right direction. It’s just a shame that we had to suffer through twenty some episodes of crap before getting to a place where vampire Bill could turn himself into Stephen Dorff’s character from Blade.

And for the record, I realize any criticisms I make in this post are by and large going to be as effective as pissing into the wind. True Blood gets all the ratings in the world and will likely be renewed for ten thousand seasons so long as the market research indicates people reacting well to key members of the cast taking off their clothes.

One of the most enduring problems with this series is its creators’ inability to contain the sprawling size of the cast. Season five saw not only the return of Russell Edgington and the Right Reverend Steve Newlin, but the introduction of Sam’s would be mother-in-law, Alcide’s pap and new girlfriend, fairies galore, and a half dozen new vampires in the form of the Authority’s inner circle. Too many characters! Too many plot threads! If Shakespeare taught us anything it’s that the best stories have plots labeled A through C. Generally, this season of True Blood ran A through E, sometimes more.

Plot A – Bill and Eric in the Authority

Plot B – Something with Faeries

Plot D – Sam and Luna as shape shifting vigilantes (which was reasonably interesting, too bad it was the D plot)

Although these stories do somewhat intersect with each other, it’s only in the final few episodes of the season where that interaction becomes meaningful. I suppose we should be grateful for getting through a year without any were-puma gang bangs. However, it’s hard to call something compelling when the good stories get equal or less time than the weak ones.

Also true to form, this season of True Blood killed off the wrong characters for utterly pointless reasons. As Roman Zimojic, Guardian of the One True Vampire Authority, Christopher Meloni was one of the best things to happen to the show. Finally there was some vampire business worth paying attention to. Then Roman was unceremoniously killed through some “divine intervention”, which spared Russell Edgington’s life. Said intervention proved to be ultimately pointless when Eric staked Russell in the season finale. So what was the point of killing these characters? What was gained? Is Roman’s death anything but a cheap way of advancing the plot? As for Russell, is it wrong to view his death as a lazy way of removing a character who was written as too powerful and too evil to be managed from word one? Meanwhile characters who could/should die (Tara, Jason, and Terry to name three) continue on about their mostly pointless lives, taking up screen time better devoted to more interesting folk. 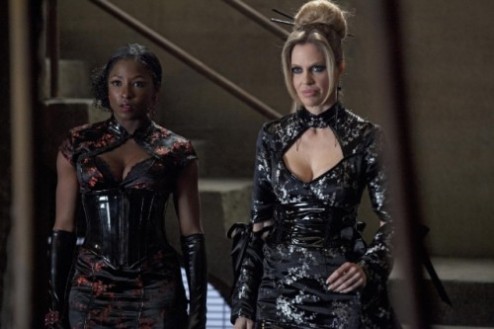 Let’s talk Pam for a minute. Kristin Bauer van Straten, as the utterly pragmatic vampire Pam, is often the voice who says what the audience is thinking. Her character coined the phrase, “Magic Vagina” at the end of season four. So what can the writers do to make her character better for season five? How about they make her a mommy? Wait, what? But wait, there’s more. Why not break up her and Eric for a while so in every episode Pam has a chance to say, sometimes whimpering, “Where’s Eric?” Why? Why take one of the most acerbic characters on the show and foist her into a role that says Adventures in Babysitting with mild blood play and occasional fetish wear? Of course if I’m going to ask those sort of questions, then I might as well ask why the series, as a thinly veiled metaphor for gay rights, redirected itself to exploring religious literalism. Such a question would merit a post in and of itself.

So what worked in this season? Sam and Luna as vigilantes, to start. First and foremost, it got Sam out of the bar in a way that didn’t involve doggie fight clubs. Moreover, this story is just connected enough to the vampire civil war to allow Sam and Luna to have some meaningful interactions with almost every other character of note in the show.

Season five also proved to be a giant blood bath. I can’t speak to the exact numbers off the top of my head, but I don’t recall a season where so many vampires got put to the stake and so many humans got drained like meat bags. For a series that romanticises vampires to the point where they almost become neutered, very literally so in Eric’s case last season, it was pretty damn cool to see some real nasty vampires feasting on humans. 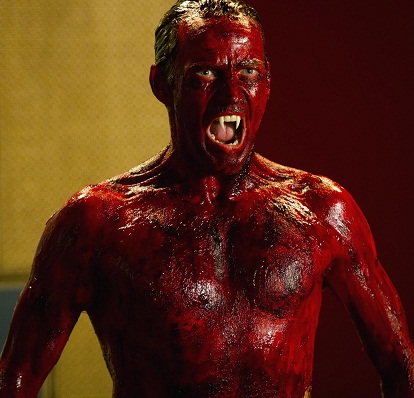 While we’re on the subject of blood baths, season five probably offered the best finale that True Blood has ever put to air. As much as I want Jason Stackhouse to die, watching him make like an over the top action movie star was amusing if nothing else. Though the inability of fast-running super-powered vampires to defend themselves against a cop with a couple of pistols did not go unnoticed. The vampire on vampire violence within the finale felt in line with religiously charged politics befitting a race of immortals. The question now becomes, in the wake of the Authority’s melt down and Bill’s transformation into the Blood God, is season 6 going to keep the momentum? True Blood is notorious for resolving cliff hangers within five minutes. If Russell died to make way for Blood God Bill as a serious threat to the world, then the series may be on to something great. Should he get hand waved away in an episode or three, freeing up air time to focus on more fairy bullshit with Sookie and Warlo, then I think the show will have jumped the shark again (not that such things matter; see previous statement on True Blood having all the ratings ever).

There we have it. Season five is better than season three and four but still a ways off from season two. The stage is now set for season six to be either fantastic (fantastic for True Blood at least) or a huge let down (which is to say more of the same crap).