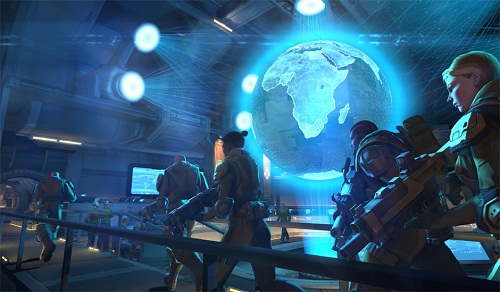 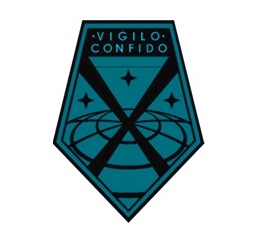 Latin, despite what people might tell you, is a very cool language. Consider Napoleon Bonaparte, a Corsican who came to power in France and from there conquered Europe, had the Latin phrase Ultima Ratio Regum (The final argument of kings) inscribed on one of his cannons. Somehow saying the same thing in French – Le derniner raison du rois seems less impressive. In developing a “re-imagined” version of the PC classic X-Com: Enemy Unknown Firaxis Games and publisher 2K Games have rebranded the titular extraterrestrial research and defence organization with a cool new logo and words befitting the Seven Kingdoms of Westeros.

Vigilo Confido. What does it mean?

Well that depends who you ask. X-Com lead designer Jake Soloman probably has one definition in mind. The trick with Latin is that there are usually ten meanings for a single word. Naturally, you might ask how anybody in the Roman empire ever understood what they were saying within such an ill defined system, especially when Rome’s biggest cultural influence, Hellenic Greece, had a language where there were never less than ten words to express a single concept. Much of a sentence’s meaning in Latin is tied to a grammatical system which is in some ways far more specific than what we have in English or French. Also, a lot of understanding Latin has to do with context. So let’s break things down.

The first word, Vigilo is probably the easiest to parse, though not at one in the morning when I first started trying to figure this out. For some reason I assumed both of the words to be nouns acting as an indirect objects. You can see the proof on the Page of Reviews’ facebook page.

Latin is all about the verbs. “Start with the verb,” my Latin professor would always say when we were stuck on translations. Vigilo looks to be a first person singular, present tense, active voice conjugation of the root verb Vigilare (To monitor, to guard, to keep an eye on). Given the nature of X-Com’s work, monitoring and responding in force to alien incursions on the Earth, which is represented by wire frame lines of latitude and longitude in the south half of the patch, Vigilo is probably best translated as “I am watchful.” A literal or “Barking Dog” translation would probably be closer to “I am watching” but mottos are meant to be somewhat more artistic in their meaning.

Figuring out Confido proves a bit more of a challenge. The simplest translation for the infinitive Confidere is “to trust”. But X-Com’s mandate is anything but trusting; they are suspicious and questioning by design. Though, I suppose confido could be read as I am trustworthy, but that seems too much like something a person puts on a cover letter, not a motto. Other definitions include: to have confidence in, to take refuge in, to rely upon. Now we are talking. The safe translation would be “I am relied upon.” As mottos go, “I am watchful. I am relied upon,” is pretty solid. I, however, want to take it a step farther. To rely upon something is to deem it necessary. Granted it is a bit of a stretch, but why not translate Confido as “I am necessary.” It certainly fits with the theme of the game: a council of nations activating an international paramilitary organization as Humanity’s last line of defence.

And this is why Latin is such a fun language. What should ostensibly be a simple bit of translation turns into a mad dance to find a best fit solution. There’s also this as well…

However, as a bottom line I’d have to say that the best translation for the phrase Vigilo Confido is I am watchful. I am relied upon. I really like “I am necessary,” but it’s too much of a conceptual leap. If by chance somebody knows of a precedent to justify “I am necessary” as the ideal solution, I’m all ears.