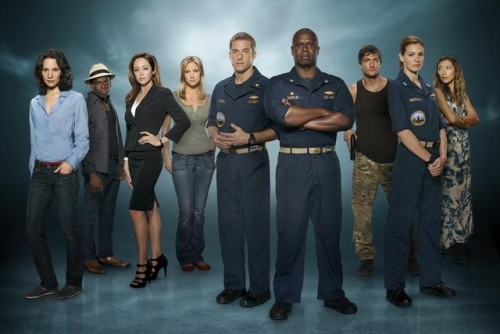 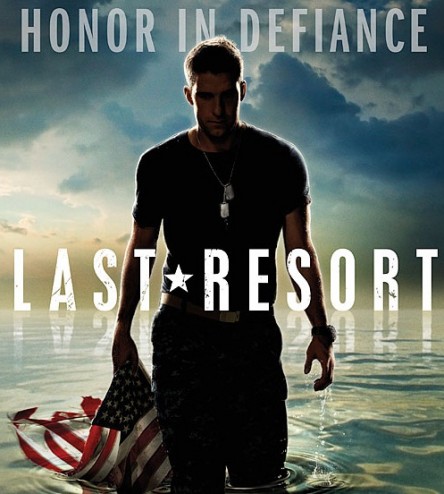 Thursday night saw the debut episode of ABC’s contemporary military drama, Last Resort. And for a network television series, I’m a little impressed. Granted the concept behind the show seemed gutsy from the outset, but to actually see it unfolding felt like a bit of a watershed moment. Here’s why.

Last Resort is almost an homage piece to the late Tony Scott’s high-stakes nuclear submarine movie Crimson Tide. In this story the submarine USS Colorado receives an order to launch four nuclear armed missiles into Pakistan. Rather than coming through conventional channels, the Colorado receives the fire order via a less secure secondary communications link. The order is authentic, but both Captain Marcus Chaplin (Andre Braugher) and his second-in-command Lt. Commander Sam Kendal (Scott Speedman) refuse to fire without proper confirmation.

Now if Crimson Tide and Wargames have taught me anything about nuclear war, it’s that once a launch order is authenticated a submarine officer’s duty is to pull the trigger. If they don’t fire, the chain of command as well as any larger operations beyond the tactical knowledge of the individual unit commander breaks down. In this case, the chain of command is used to flog the Colorado into submission. With both Kendal and Chaplin refusing the dubious fire order, another American submarine fires a cruise missile at the Colorado.

Naturally the Colorado escapes attack. However, the powers controlling things in Washington pin the “destruction” of the Colorado on Pakistan. This justifies a retaliatory nuclear strike against Pakistan. I’m not a military analyst but deploying nukes seems more like escalation than retaliation. At any rate, Pakistan gets crushed under the wheel of plot.

Meanwhile Captain Chaplin, a self-confessed fan of Ronald Reagan’s foreign policy, though I think Robert McNamara or Ike Eisenhower would have been the more apropos cold warrior for him to quote, finds a safe harbour for the Colorado wherein he undertakes a game of brinksmanship when the US government. Once the Colorado emerges from its deep dive and makes itself known to the world, the government can’t abide 150 witnesses who will undermine the official justification for war. So the government launches a bomber strike on the Colorado. In response Chaplin launches a nuke at Washington. His demand is simple: if the government calls off the bombers, he will safely detonate the nuke. Inevitably the government blinks, but Chaplin lets the nuke detonate…two hundred miles off the Eastern Coast of America as a means of sending a “don’t frak with me” message to the powers that be. Chaplin then makes an impassioned speech declaring a no-fly zone around his sub, further daring anybody to cross his line so that “we can all burn together.”

With Shawn Ryan, former show runner on FX’s gritty cop drama The Shield, at the helm of Last Resort I expected a certain edge to the series. But this is something else.

Consider Fox’s long running series 24. I quit watching 24 early into its third season when the Patriot Act was invoked as justification for torturing terror suspects. For eight seasons 24 was the pop culture apologist for the Bush Doctrine, The War on Terror, and every other unspeakable deed that nightly pranced through the dreams of Dick Cheney. Sure it was the world we lived in, but did we really need to have the “questioning equals sedition” zeitgeist personified weekly in Jack Bauer and his Counter Terrorist Unit?

Even in the more recent example of CBS’s Jericho, we could not get “America the villain.” With every major city in the continental US nuked to a crisp, the power behind civil war between the ASA and the USA, as well as the deaths of countless millions as a preamble to this war, was an evil corporation.

Behold now this brave new story where aspects of the American government are outright lying to the masses and the military. A newscast overheard early in the episode mentions several joint chiefs resigning because of the President’s ill founded foreign policy decisions. Perhaps then everything will end up being pinned on a Caligula-esque mad man. What would likely emerge from that narrative is a return to the central question of Crimson Tide: when, if ever, does an officer have a duty to refuse an order? We can already see the threads forming such a recently unthinkable tapestry in the form of Robert Patrick’s portrayal of the curmudgeonly Chief Petty Officer Joseph Prosser. Perhaps even more interesting is the emerging social tension between officers and enlisted man as seen in Prosser. Off the top of my head, I can’t remember the last time a senior enlisted man was portrayed as an antagonist on either the small or big screen. Tom Berenger in Platoon?

Within the confines of military dramas, CPOs and Gunnery Sergeants are usually cast as wizened sages doling out working class wisdom to clueless officers. Not so in Patrick’s case. His misogynistic and by-the-book character swaggers with hubris and contempt for nearly every officer in sight. After one hour, Last Resort is sending some very clear signals regarding its intentions to buck post-9/11 narrative conventions.

I do remain skeptical about the series’ long term prospects. By its very nature a cold war is a drawn out game of inches. Balancing the stand-off between “America the usurped” and the Colorado’s crew with enough forward story progression to keep an audience interested might be a challenge; remember the second season of Lost? Still, if Last Resort does nothing else than play a slow game of nuclear chess it should be recognized for putting network television back in a place where it can cast America as something other than the world’s last bastion of freedom and democracy.