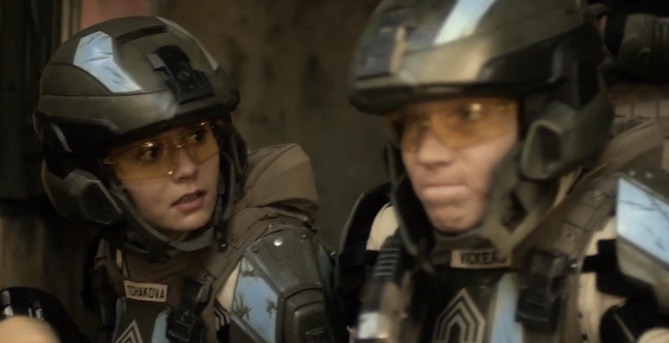 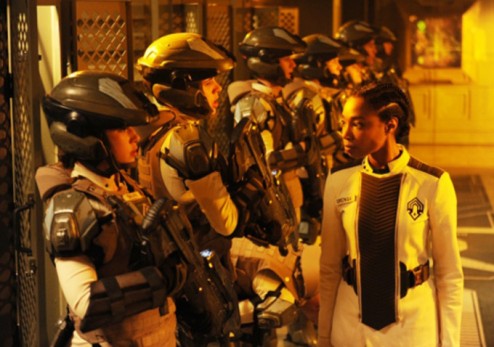 I’m not going to lie; I’ve always had a bit of a soft spot for the Halo franchise. When I was in grad school I would treat my brain to a study reprieve with one of the Halo novels. For the better part of a year my gaming group spent a few hours each Wednesday night playing Halo Reach. While Microsoft’s “everything that is old is new again” approach to reselling Halo and Halo 2 as HD remakes left a foul taste in my mouth, it wasn’t enough to sour me on the world of the Master Chief. And then I watched the first episode of 343 Industries’ pre-Halo 4 promotional web series, Forward Unto Dawn. Rarely has something, which on a conceptual level I know I should enjoy, moved me to disgust so quickly.

Believe it or not, the fundamental problem in Halo’s mythology has nothing to do with a slightly silly narrative of aliens fighting against humans. Thanks to Forward Unto Dawn, the now inescapable problem connects to the less than noble origins of the game’s hero. The United Nations Space Command’s “Spartan II” project was designed to create a Special Forces soldier who would be capable of covert operations against the political dissidents opposed to the UNSC’s dominion over colonized space. Had the Covenant, an alliance of alien races intent on evil for the sake of evil, not invaded UNSC space, the Chief would have earned his stripes crushing rebellions in the name of his hegemonic empire. Rather than skirting around this issue, Forward Unto Dawn celebrates it.

Don’t get me wrong, I wouldn’t mind seeing a bit more moral ambiguity tossed into the Halo universe. Yet Forward Unto Dawn goes about it in the exact wrong way. Set at an elite UNSC military academy, the series follows a cadet squad and their resident malcontent Thomas Lasky (Tom Green – no not that Tom Green). Unlike most other Cadets, who believe the ‘Innies (short hand for Insurrectionist) are blood thirsty murderers intent on ruining civilization, Lasky dares to ask if there isn’t a smarter way to prosecute a war against what he sees as “a bunch of overly taxed farmers.”

I might be inclined to buy into the narrative Forward Unto Dawn is putting out there were it not for the fact that it presumes to have teenagers espousing tactical dogma. Moreover, the dialogue powering Lasky’s third-way philosophy and the other cadets’ devotion to policy sounds like it’s drawn from the big book of war movie clichés. If that wasn’t bad enough, the acting is about as forced and unnatural as can be. There’s no better example of this shameless scenery chewing than in Enisha Brewster as senior cadet April Orenski. I don’t know if we should blame the writer, director, or actor for Orenski’s laughably miserable attempt at channeling a gruff gunnery sergeant.

It’s as if the writers sought to combine the worst elements of Dawson’s Creek and Ender’s Game within the Halo mythos. Forward unto angst filled child soldiers revelling in their collective hubris. Clearly nobody informed Hastati Squad that within the Roman Legion, the Hastati were inexperienced and poorly equipped canon fodder; would that these characters die as quickly as their namesakes, I would be a happy critic.

Despite this, Forward Unto Dawn’s crucial failure remains the shameless subversion of the game’s “the UNSC are the good guys” conceit. Watching the unthinking cadet corps, who are a stone’s throw away from jack boots and Roman salutes, in action has made me finally accept the fact that I’ve spent countless hours in the service of an agency akin to the Galactic Empire of Star Wars, the Alliance of Firefly, or the Terran Federation of Blake’s 7.

Moreover, the episode’s emphasis on a cadre of cadets makes me think that 343i and Microsoft are abandoning the 20 and 30-something demographic that made Halo a pop-culture touchstone in favour of younger gamers. Granted it has only been one episode, but the “next time on Forward Unto Dawn” trailer strongly implies this will be a series for the kiddies. I still hold out some hope on the plot returning to old Lasky as he finds the Chief and Cortana drifting through space. Realistically, I’ll bet old Lasky pulls the Chief out of cryo as an epilogue to the series and a “hey kids, go buy Halo 4 to find out what happens next” gimmick.

As a web series, Forward Unto Dawn is tedious and derivative. I can think of at least half a dozen other web productions more worthy of audience attention. As a promotional piece for Halo 4, Forward Unto Dawn is just downright embarrassing. Any two minute segment from Halo 3’s “Believe in a Hero” or “Museum of Humanity” ad campaign would upstage all twenty minutes of Forward Unto Dawn’s maudlin claptrap. Were it possible, I would teabag this web series like a fallen foe in a Halo death match.