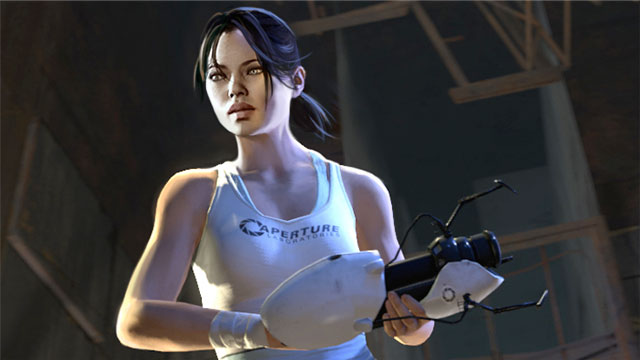 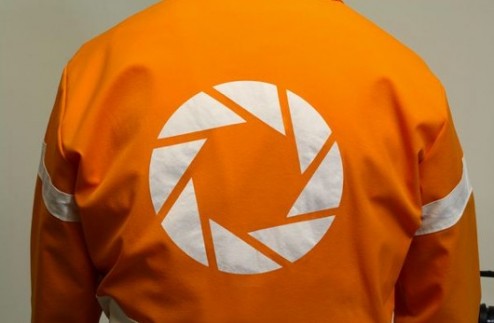 When I read the tweets associated with the #1reasonwhy and #1reasontobe hashtags I wasn’t surprised to see the awful chauvinism and sexism that women in the gaming industry have to deal with. Disappointed and embarrassed on behalf of my gender, yes. But surprised, no. Unless a person has kept their head in the sand for the last few years, there has been no shortage of examples within genre culture demonstrating just how pervasive and pernicious misogyny can be.

In a laudable attempt to educate, Kotaku took it upon itself to aggregate some of the #onereasonwhy tweets. After I finished with the article, I made the mistake of glancing at the reader comments. Therein, I saw this.

I can’t help but feel this whole “Girls in Games” thing is being drummed up a little more than it should be.

Considering there are fewer woman (sic) than men working in the industry there’s bound to be cases of sexism against woman, but unfortunately, isn’t this just the nature of the beast? If the roles were reversed you can’t say that sexism simply wouldn’t exist.

This all stems from the fact that more males than females are interested in games, coding, design, etc. This coupled with the fact that a smaller percentage of them would actually have what it takes to land themselves an industry job (men are not exempt from this) helps explain the apparent lack of woman.

Thankfully, comments like these were in the minority. A great many commenters, who identified themselves as male, were sympathetic and lamented the fact that the game industry, as well as game culture, can be downright hostile to women. But how do we account for people like the commenter above, who seemingly do not understand the chicken and egg causality which keeps women on the margins of the industry?

Allow me to offer a story which might help those who don’t get it/don’t see the problem generate a bit of empathy.

A couple of years ago I was having dinner with my girlfriend’s extended family. Out of the blue one of her aunts said that video games made men violent psychotics; she then stared at me. Rather than ignoring the obvious attempt to stir up shit, I engaged. I demanded to know what behavioural psychology studies she was referencing. I praised digital mediums as an art form which marries rich visual aesthetic with comprehensive and layered storytelling. I used reason and logic to hold the table hostage for a good three minutes.

After all, who was this person to sit in judgement of me as both a man and a gamer? What unmitigated gall to presume to understand not only my world view, but a thing about which I am infinitely more knowledgeable than her. Never the less, I swallowed my outrage, and went on with dinner.

Fast forward to last summer. I was at a con attending a panel on gaming. One of the panelists, who identified herself as a PhD candidate in the digital humanities, made the broad sweeping sophomoric statement that “Men are only interested in video games as a means of sating their bloodlust.”

Odd, I didn’t know I suffered from blood lust.

Once again, a person made a value judgement against me based on a dubious gender driven supposition. Adding to the milieu, there was one very vocal member of the audience who was quick to agree with the offending panelist; this person happened to be sitting right next to me. This time I didn’t bother to speak. I just quietly nodded and smiled, before trading business cards with another member of the audience so that we might play Starcraft 2 together sometime, you know to work through our blood lust and stuff.

I’m 31 years old. I’ve been a gamer for at least 20 of those years. Within my adult life I’ve been held to task as a male gamer twice. Twice in twenty years. If I took anything away from the #1reasonwhy and #1reasontobe hashtag it’s that women gamers, women in the industry, and women training to be in the industry – even at a high school level – would probably look at two gender slanted comments in a single day and call it a win compared to the usual volume of crap.

So when somebody says “…there are fewer woman (sic) than men working in the industry [so] there’s bound to be cases of sexism” My first reaction has to be, “Well, no wonder women don’t want to work in the industry. Think about all the shit they have to put up with just to get there. Imagine if every day you were being called a caveman for being a gamer, and king of the cavemen for wanting to design games.” If somebody gave me crap every day because what I was doing didn’t fit in with what was expected of me based on the arrangement of my genitals, I might just say “Fuck it” and find a career trajectory where my gender wasn’t such an issue.

So to my fellow men who don’t understand why this is a big issue, think about when somebody has called you a Neanderthal for playing a FPS; then imagine hearing it every day, all of your life. Now imagine somebody doing that to your sister, friend, girlfriend, girl you want to be your girlfriend, or wife. Are you angry yet? Feeling frustrated yet? I am.