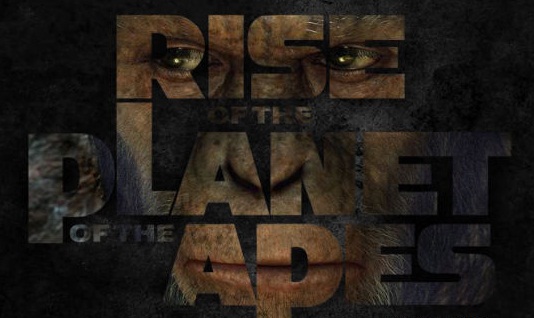 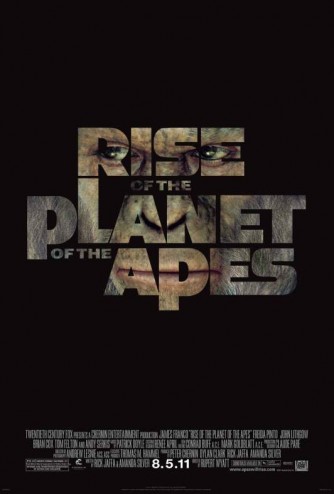 I know, I know, I’m probably the last guy in North America to have seen this movie. Nobody need remind me that attempting to offer an original review of Rise of the Planet of the Apes is about as futile as playing a round of golf with a bowling ball. Regardless, I found the Rise to be moving in unexpected ways. Rupert Wyatt’s directing is first rate. The ensemble performance, though not surprising given the players, is fantastic. Even the core concepts of the story are so impressive as to merit a few words about what I initially thought of as a pointless revival of Planet of the Apes.

Rise is simultaneously a prequel to 1968’s Planet of the Apes as well as a retcon of 1971’s Escape from the Planet of the Apes and 1972’s Conquest of the Planet of the Apes. All the while Rise pretends the other Apes movie, the one with Mark Wahlberg, never happened. In removing the original Apes’ time travel elements, which by the end of the series feel like nothing more than a causality driven circle jerk, Rise eliminates one of this franchises’ greatest conceptual liabilities. The other major problem, apes with two mouths, is dealt with through technology and the acting chops of Andy Serkis.

Indeed if the other Apes movie reminds us of anything, it’s that human actors in monkey suits, no matter how skilful the makeup, are laughable. I never saw a convincing evolved ape in the other movie; I saw the late Michael Clarke Duncan making an ass of himself as he played monkey-see monkey-do before a camera. Behind Caesar’s, Rise’s leading simian, CG motion capture mask, Andy Serkis conveys a genuine screen presence, which allows for honest empathy from the audience. Make no mistake, empathy is what sells this movie.

But empathy left to its own devices very quickly devolves into schmaltz. Rupert Wyatt and the writers undercut any such metamorphosis by pairing an ape rebellion with a story on science gone wrong. James Franco plays a scientist working on an experimental cure for Alzheimer’s. Like most movie scientists, Franco’s research is informed by personal motivations. In this case Franco’s science is an offshoot of his desire to help his father, played to the hilt by John Lithgow. In the film’s first act, Caesar, the offspring of a lab ape injected with Franco’s experimental Alzheimer’s cure, is nothing more than an afterthought. The audience is meant to focus on John Lithgow. Arguably, it’s hard not to feel something for this man as he struggles to play the piano and thus retain some sense of self. With facial expressions alone, Lithgow betrays the frustration of man who comprehends he should know how to do something, but for some reason can’t manage to hit the right notes. Lithgow, however, gradually moves to the margins of the narrative. As Caesar grows up, it becomes obvious that the Alzheimer’s cure has been passed down from his mother, Bright Eyes – one of the movie’s many nods to the original canon – and in doing so it enhances Caesar’s cognitive processes.

In that light, Rise examines the human equation through three distinct life phases: the aging grandparent, who is ultimately unfit for independent living within society, the young parent, caught equally between responsibilities to their progenitor and offspring – make no mistake James Franco nails it in treating a man pretending to be an ape as his son – and the adolescent, who enters sentience only to witness the inherent injustice of the world while finding himself powerless to effect even the most basic changes. Similarly, the scope and consequences of Caesar’s rebellion are appropriately proportioned. Where Conquest of the Planet of the Apes took it upon itself to put Caesar in charge of a wholesale revolution against a broader human establishment, Rise’s big conflict sees Caesar breaking out of a crooked animal sanctuary and consequently liberating all the primates from the San Francisco zoo. The ape’s psychology is not burdened by an abundance of back story, rather universal concepts of justice and freedom.

So maybe Rise is not the most layered story ever told. Certainly there’s no deep subtext beyond what I’ve already covered: the movie is 20% science gone wrong, 40% a study in family dynamics, and 40% playing the audience’s emotions like a lute. But for that simplicity, the story is liberated from the other Apes movies. Despite canonical references, borrowed dialogue, and a few in-jokes, Rise exists as its own independent entity. How many other prequels/sequels/reboots get to make such a claim? Certainly not this year’s Total Recall.

I would be remiss if I didn’t comment on the movie’s beautiful scenery. Though ostensibly set in and about San Francisco, the movie was almost exclusively shot in Vancouver. Thus proving once again British Columbia can look like anywhere in the world, or any planet if need be.

In evaluating a sequel/prequel/retcon one essential question must be answered: is it necessary? Generally derivative works are just that, derivative. If story x has been well told in the past, then there’s really no artistic reason to revisit it. Planet of the Apes and its ilk are in the unique position of being movies whose narratives and production values, though memorable, were ultimately lack lustre. Despite this, they all proved to be box office winners*. Therefore Hollywood execs have a sound footing to continue to explore the franchise. Casting principal actors who don’t chew the scenery with every word, sorry Chuck and Roddy, offers reduced imposition upon the audience’s suspension of disbelief. In turn the Rise of the Planet of the Apes experience is something palatable to a non-genre audience. Everybody wins. With an hour and forty-five minute runtime, Rise’s pacing is perfect. James Franco and John Lithgow deliver strong performances, yet the movie begins and ends with Andy Serkis emotive facial expressions. Caesar may only say four words throughout the film, but they are more meaningful, though perhaps less quotable, than anything Charlton Heston said during his Apes tenure. Is it necessary? As a means of exploring humanity through the eyes of another species, yes. Is it well done? Absolutely.

Rise of the Planet of the Apes