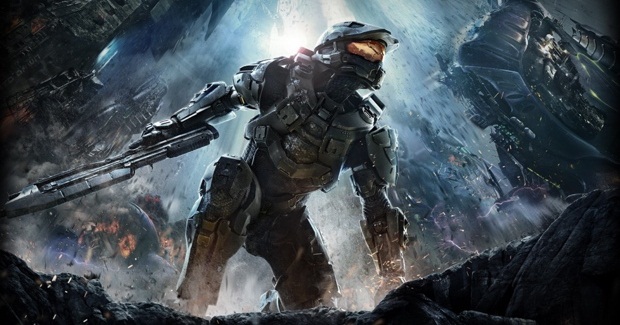 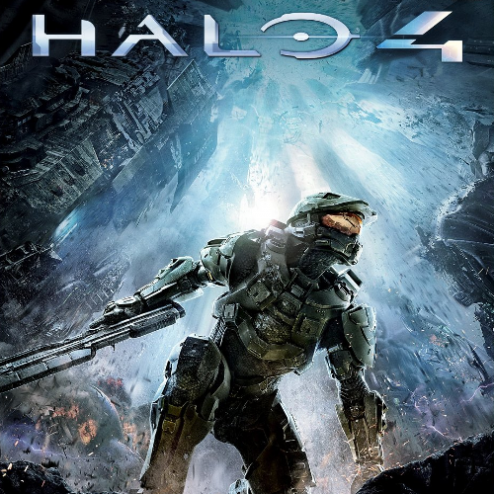 NB: This will not be a comprehensive review of Halo 4. I’ve logged more than enough time for a first impressions post, but not quite enough to feel comfortable rendering a final verdict. Moreover, I feel it impossible to talk about Halo 4 without spending some words on its predecessor games, for reasons which only serve to inform my own critical perspective. Interesting as that may be, I won’t be offended if readers skip down to where I’ve indicated the actual Halo 4 discussion begins.

Even before I bought Halo 4 I had some reservations. For me, the Halo series has always been something of a work in progress. I don’t mean to suggest there was ever anything particularly wrong with the games. The original Halo, released in 2001, was something of a game changer for first person shooters. The single player game was vast in terms of design and storytelling. Its multiplayer was no less polished, and a fine example of what Xbox Live could accomplish, though it would take several years before XBL’s grasp matched its ambitious reach. Within the video game industry, I position Halo as the birth of impressionism out of neo-classicism. And like any other work of art, the series evolved over time.

Fast forward to 2010. It had been three years since the Master Chief’s story came to an end in Halo 3. Since then Bungie and Microsoft released the Halo 3 companion piece, Halo 3: ODST, to soft applause from the fans. Though not a terrible game, there were some charges of a cash grab from the audience. On the night before Bungie and Microsoft released Halo: Reach, a prequel to the first Halo game, I feared another effort into the well charted waters of ODST.

Yet, Reach surprised me. Even though Reach brought the Halo story full-circle back to Halo 1, just in time for Microsoft to launch a HD 10th anniversary edition, it also demonstrated there was still life to the franchise. We see this truth reflected in Bungie’s decision to focus on Spartans other than the Master Chief. These were Spartans who took their helmets off and in doing so became actual characters.

Certainly part of Halo’s appeal rests in the ubiquity of the Master Chief. Since we never see his face, anybody can imagine themselves as the Chief. But there was something to be said in Bungie’s decision to use actual human faced characters to weave a story about losing home and family to the vicissitudes of war. Meanwhile if Halo 3’s multiplayer was stellar, Reach’s felt nothing short of perfect. There was so much going on in the multiplayer that my gaming group spent every Wednesday night for a year engrossed in Reach. A person hasn’t lived until they’ve spent two hours playing Griffball.

My point here is that even if Bungie, and not Microsoft’s in-house 343 Industries, had built Halo 4, I imagine they would struggle to match the coup de gras effort of Reach. Reach was the culmination of one studio working through ten years worth of successes and challenges.

Bearing all this in mind, let us start with an overview of Halo 4’s fundamentals. The good news is that 343i has not made any changes which break the game. So far, Halo 4 feels like a worthy successor to both Halo 3 and Halo: Reach. Obviously, the game play is rather linear, but nobody plays Halo for a sandbox experience. The core mechanics of running, shooting, lobbing grenades, and driving vehicles remain very much intact and quite enjoyable.

With respect to the story, Halo 4 has learned some lessons from Reach. Where Halo 1-3 held a gun to the collective head of humanity in the form of an unstoppable alien invasion, Halo 4 is driven by a more relatable conflict. Put simply, Cortana is dying.

After spending four years drifting through space in the wreckage of the Forward Unto Dawn, Cortana’s a year past her AI expiry date and on the verge of going insane. Despite the threat of rogue Covenant and ancient aliens mucking about in a Forerunner Dyson Sphere, the fate of humanity takes the background as the Chief searches for a way back to Earth so that the UNSC might save Cortana.

This new “save the princess, Mario” dynamic between the Chief and Cortana introduces a giant unholy mess of gender/plot issues which I could discuss at length. However, for the sake of time I’ll table said discussion. Instead I’ll limit my comment to this: if nothing else Halo 4’s story offers some stakes which are perhaps more accessible than the generic vagaries of aliens intent to kill us all.

Visually, 343i has made a few changes to Halo’s look. Leaving alone, for now, Cortana’s tendency to be slightly more sexy and pouty with each passing game, the Covenant, though recognizable, have had a bit of a face lift. See here a comparison of the “grunts” from Halo: Reach (left) to Halo 4 (right).

Though certainly recognizable, the new grunts have some softer angles on their armour, a changed respirator (a constant since Halo 1), and a slightly more amphibious look about them. Are these good changes? Who knows. Said question is a matter of personal aesthetic and taste. What’s important is that their behaviour and combat tactics remain unchanged. The same can be said for the Elites, Jackals, and Destroyers. Thus we see another example of how 343i is keeping true to the essence of Halo.

But where I’m content to enjoy the changes 343i has made to Halo’s visual sensibilities, especially in classy moves like leaving the classic Bungie logo as the Forerunner glyph for “Reclaimer”, I have some reservations about their changes to the game’s aural quality. In short, Halo 4 doesn’t quite sound right. Much of this is due to the fact that for the first time ever Martin O’Donnell and Michael Salvatori didn’t work on the game’s soundtrack. Gone is the heavy orchestral work, deep thrumming bass and drums, and now ubiquitous Gregorian chant.

The new soundtrack by Neil Davidge has something of a Gladiator feel to it. It runs the gamut between beautifully melodic but intense and urgent. In any other game, I would be praising Mr. Davidge for his work. Yet this isn’t any other game. It’s Halo, and Halo has a certain sound to it. As I play the single player campaign I keep waiting to hear a familiar drum beat or chant, but alas it never comes.

Even the weapons fire sounds different compared to Halo’s past incarnations. Not wrong, per se, but different and alien. Again, in any other game, I wouldn’t see fit to commit these thoughts to paper. But I know hard core fans of the franchise are going to point to these differences and scream, “You’re killin’ me, Smalls.”

Perhaps the relationship between O’Donnel-Savatori’s traditional music and Davidge’s new approach is similar to what fans of Star Trek felt the first time they heard Jerry Goldsmith’s intro instead of Alexander Courage’s expected refrain. In the fullness of time, Davidge may become Halo’s new gold standard. For now his music is out of place. Granted it’s not a deal breaker, but it’s definitely enough to fuel some righteous nerd rage.

Shifting gears to multiplayer, the changes from Bungie to 343i are largely cosmetic. After a meagre 20 rounds or so of Slayer, the matchmaking system seems quite effective. There’s a good variety in the game types, though it’s quite obvious to see how standard Slayer mode caters ever-so-slightly to the Modern Warfare/Medal of Honour crowd. Certainly the Red vs Blue aspect remains the same, but now there are customizable weapons load outs and in-game equipment drops. But where the former titles only reward kill streaks, Halo 4 has seen fit to make bonuses cumulative to a match. Therefore, even the greenest noob can still get a power weapon every once in a while.

Hopefully 343i rolls out matchmaking for community made maps, as Bungie did with Halo Reach. Though said options are absent as of this review, the Halo 4 community is only days old. Even Reach’s multiplayer couldn’t boast of all its robust features straight out of the gate. With the iconic forge system in play, I have high hopes. As long as Microsoft doesn’t default to the “you must buy everything” approach of Dice and EA in the Battlefield series, I see no reason why Halo 4’s multiplayer should be any less successful than Reach or Halo 3.

So let’s bring this beast of a post home. Is Halo 4 different from previous games in the Halo series? Yes and no. When it comes to core game play mechanics and Halo-esque story telling, this is Halo at its finest. There are, however, some noticeable changes to sound and aesthetics. I wouldn’t call them an insult to the memory of past games, but long time fans will be in for a bit of a surprise. Some aspects of the multiplayer, mostly grenades, will require a bit of an adjustment period for Reach vets. But overall, the online battle is a familiar experience even if it does cater to the odd aspect of Modern Warfare’s player reward mechanics. Ultimately 343i has done an admirable job taking up Bungie’s mantle, and thus living up to near-impossible expectations. Yet as it was with Halo 3 and Halo: Reach, I think the true test will come in how 343i supports the game in the months to follow.