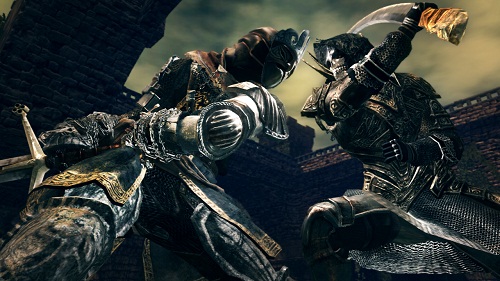 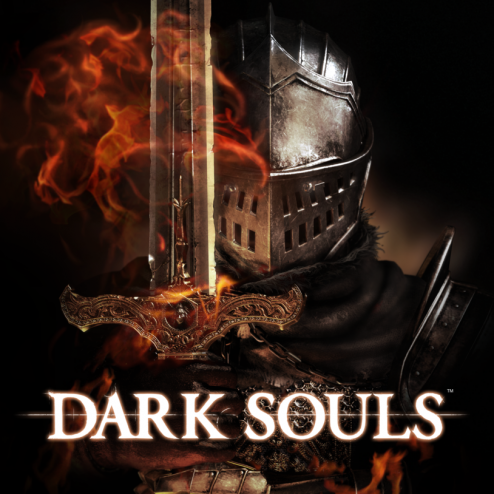 Last year I received two video games as Christmas presents: Batman: Arkham City and Dark Souls. Though I hadn’t played either game, I was confident I would like both. I was half right, at first.

Friends boasted about Dark Souls length and punishing difficulty; I called them noobs. I touted conquests like Final Fantasy (NES), Master of Orion (PC), and Colony Wars (PS1) as proof of my gaming epicocity. “If a game beats me,” I would begin, “it’s because of bad design, not any lack of skills on my part.”

Braggadocio thy name is Adam.

Equal parts fear and dread seized me upon discovering Dark Souls was developed by the Japanese studio “From Software”. I flashed back to over a decade of failed attempts to master the pointlessly byzantine Armoured Core series of robot combat games. “Bad design, that’s why I quit those games.” I muttered.

Steeling myself, I dove into Dark Souls. I lasted about five minutes before seeing the following words.

I took the game out of my Xbox, gave it the finger, and fired up Arkham City. Sure, there were moments when I led Batman to his death. Yet losing in a 20 vs 1 street brawl never felt quite so demoralizing as one of Dark Souls’ nameless minions running me through with a rusty sword.

Two weeks ago I was playing Star Trek Catan at a friend’s house. Wherein another friend informed the group he had taken up Dark Souls and, against all odds, was enjoying it. I was sceptical.

Since giving Dark Souls the finger I had found other critical voices who had spoken out against the game. I thought myself all the more clever for writing off Dark Souls as an exercise in self-flagellation after five hours, rather than making a chump of myself and playing through the whole 100 hour affair a la Roger Ebert. Yet my friend was convinced I needed to give the game another shot.

I said there was no story.

I said it was a shameless farce meant to inflate an otherwise simple (and short) game.

I said there’s no art to a game which only appeals to a handful of compulsive lunatics willing to spend 100 hours for the sake of unlocking an achievement.

Matt just smiled his idiot knowing smile and said, “Give it another try.”

So last week, high on cough medicine and boredom, I gave it a go.

“Fuck this shit right in the ear,” I said aloud as the words crossed my screen.

Then something interesting happened. In an attempt to piss take, I fell back on an old Warcraft/Starcraft habit. Rather than speaking to NPCs (Non Player Characters) once and moving on, I kept clicking the “talk to” button. And instead of getting mad at me, or killing me – because everything else in the game seemed intent on ramming a spear up my ass – they revealed useful information. The world of Dark Souls, and more importantly my part in it, began to make some small bit of sense.

You see, I’m the sort of gamer who craves narrative. Dark Souls hints at a grand fantasy setting with its opening cut scene, but then provides nothing else in the way of exposition or purpose. There’s nothing in the manual. There are no in-game tutorials. Since I didn’t know what I was doing, why I was doing it, or how being undead (the game’s character is a sapient undead who fights “hollow” zombies and demons – don’t ask, it’s complicated) factored into game mechanics like humanity points, there was no investment on my part. All I saw was a game intent on breaking my balls and making me feel bad about myself. I don’t need that from a video game, that’s why I have in-laws.

The revelation that Dark Souls has a story, albeit a story I had to earn, kept me playing a little longer. Therein I discovered something else missed in my first play through: Dark Souls has a pretty fantastic combat system.

Dark Souls combat stems from a first principle: you, the player, protagonist, and hero, are not special. You’re not Batman, Sephiroth, or Ryu Hayabusa. You are an undead escaped from the undead asylum, nothing more. Because of that, a couple of well placed stabs, cuts, or smashes will kill you.

I have been the indestructible Master Chief, the one in a million person immune to zombie bites, and the immortal Master of Orion. Dark Souls has the nerve to make art imitate life by turning me into something soft and weak.

Though the game hints at becoming stronger, tempting the player with high level weapon descriptions during load screens, I, Shaftoe the Mighty, was a fragile little newbie in a big bad world. I had to set aside years of gamer impulses and actually duel with each nameless grunt who stood between me and the boss.

Even now, after ten hours of play resulting in a character who can effectively use a halberd with one hand while working a kite shield with the other, I still have to be respectful of my foes. Sure I can one-shot a lot of generic baddies, but my level 23 character only has marginally more health than I did as a level 6 character. A single sword cut against me matters in Dark Souls in ways other 3rd person sword play games would never dream.

Now it seems hard not to appreciate the design elegance in a game which demands a twitch inclined button mashing audience slow down to think their way through combat. On a practical level, a cautious approach to playing Dark Souls makes death less of a chore and more of natural barrier within an open world game. When Dark Souls started killing me, my inclination was to get angry and have another go at the beast which dared to cross swords with an all powerful User. Then I would die again. In doing so I would lose the unspent experience points/humanity left behind in the essence of my last incarnation. Gamer rage became my own worst enemy. In slowing down and thinking, I approached death with a measure of Zen. Once reborn I would return to the remains of my last self, literally reclaim the experience of my past life, and set a new course away from the mechanism of my previous demise.

Thus Dark Souls is not a game about grinding, persistence, and tilting at windmills. It’s an exercise in caution, restraint, accepting one’s own limits – temporary though they may be – and checking one’s ego at the title screen. Played like any other action game, the likes of which hinge upon convincing the player they are somehow special, I can see why it might require 100 hours to complete Dark Souls. Yet now I feel confident anybody could finish the game faster if they purge themselves of any sense of exceptionalism and adjust their approach to suit Dark Souls’ philosophy.

And that’s the story of how I came to appreciate a game I’d once written off as a pointless endeavour in making mountains out of a mole hill.

My name is Adam, and I was wrong about Dark Souls.