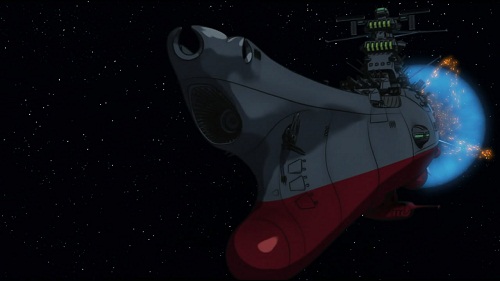 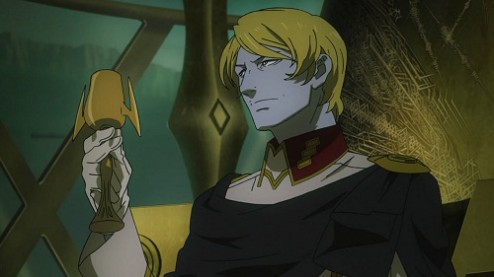 As a fictional antagonist, which would you prefer: space Nazis or space terrorists?

“We need a bad guy, but we don’t want to offend anybody.”

“How about the Nazis? You can always kill them.”

Ages ago I sat down to write a spec screenplay for a remake of The Last Starfighter, as you do when you’ve just finished university and are working at a call center. I latched on to the little explored religious side of the original film’s Zurian Cult. Eighty pages later I was done the second act, and I had set up Zur as Osama Bin Laden and the Star League as a decadent force of occupation. It was bad. I mean I had a scene with Zur plotting revenge against Rylos from inside a cave on an ice moon. Remember when I said it was bad? It was actually terrible.

In eighty pages I had killed the space opera and turned it into 24.

Why mention this? Simply because as tedious as Nazi-ish foes may be, they aptly furnish non-complex narratives with clear definitions of protagonist and antagonist; the good guys are everything that the bad guys are not, full stop, next question. When we move into the narrative realm of terrorism, we can quickly find ourselves trapped in a quagmire of moral relativism and grey areas. For the story to stay true to itself, action must take a back seat to discussion. Case in point: act three of my Starfighter movie wouldn’t have ended with “Death Blossom” but a philosophical debate between Alex Rogan and the President of the Star League. Blah.

I rolled my eyes when Yamato 2199 doubled down on the idea of Gamilas as Nazis. In the aftermath of the Yamato obliterating Gamilas’ Saturn base with the Wave Motion Gun, we learn that the seemingly non-canonical white skinned Gamilas are in fact “second class” Gamilas, representing the conquered races assimilated into the Great Gamilas Empire. My groans were audible. Here we are nearly seventy years after the end of World War II, and this series is going beyond what the original did in terms of vilifying Germany and, in turn, retconing Japan’s role as a member of the axis.

Then, a thought occurred to me. If the Gamilas weren’t Nazis, if they were just generic bad guys, could we make a case for the Yamato and her crew as terrorists?

This moment is best illustrated during the briefing for the attack on Pluto, Gamilas’ headquarters in the Sol System. Kodai outlines a plan to use the Yamato’s fighter squadrons to hunt down and bomb the hidden Gamilas base. The Yamato would then provide fire support from orbit. Lt. Nanbu, Kodai’s direct subordinate, has a different sort of plan in mind. He wants to take out the base with a single long rage shot from the Wave Motion Gun. Kodai refuses the suggestion on the grounds that it would destroy Pluto as well as the Gamilas base. Nanbu argues that destroying Pluto is a fair price for protecting the Earth and precluding any risk to the Yamato’s fighter group. As is his style, Captain Okita shuts down any further discussion, removing the Wave Motion Gun as an option.

But what if they did fire the Wave Motion Gun? In a single stroke the Yamato would be rid of the enemy base and the bulk of Gamilas’ fleet stationed in Sol. Why not take advantage of this superior fire power? Keep in mind Gamilas has been using the equivalent of Mass Drivers to turn the Earth into a radioactive ruin, killing countless millions in the process. One Gamilas installation on an otherwise uninhabited planet is certainly a fair military target. Why the hesitation? Perhaps because if the Yamato beat Gamilas at their own game they become a ship of terror rather than a beacon of hope? Certainly in the face of a Nazi-like enemy, there is an ideological onus upon the protagonist to be better than the foe, not simply to best them. Unless we want to get into Yamato 2199 as tale of capital “R” Resistance, then all bets are off, so how about we put a pin in that idea for now.

Returning then to my question from last week: can you take the Space Nazis out of Gamilas and still have Yamato work? After witnessing the Battle of Pluto, I don’t think so. Tired as the trope may be, the righteous motivation of the Yamato would likely erode without Gamilas’ master race ideology. Generic bad guys run the risk of being humanized; therein the Yamato’s mission becomes a constant question of the ends justifying means, even when faced with the near-extinction of all life on Earth.

The question now becomes, how does the Yamato use its weapon of mass destruction while still maintaining the moral high ground over Gamilas? Also, why do all anime nurses have such comically large boobs?

Click here to read my thoughts on the first three episodes of Space Battleship Yamato 2199.