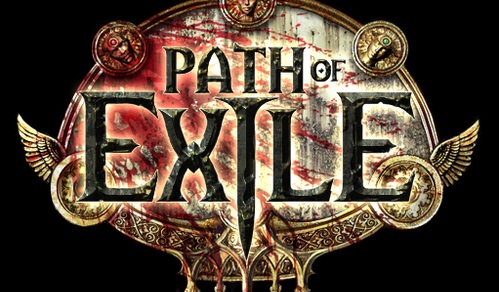 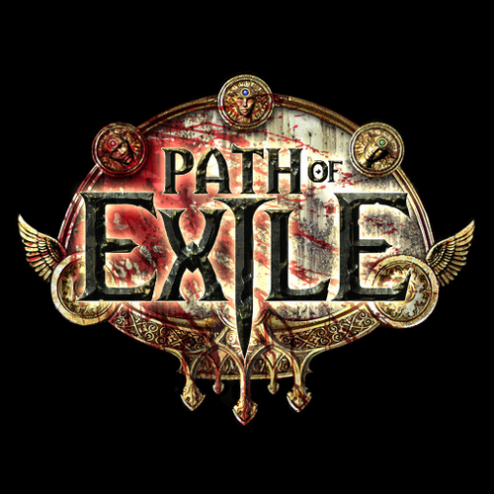 Before I recount my initial experience with Path of Exile, Grinding Gear Games’ dungeon crawling free-to-play MMO, I should contextualize my rather complicated relationship with this particular economic model in gaming. Generally, I hate free-to-play games. What do you know, it’s not that complicated after all. In fact, I’m about as hostile a witness as this new wave of gaming could imagine. I reject micro-transactions and “premium” content as an unholy marriage of brain hacks and developer laziness. Moreover, I hold the studios who churn out these games, intent on shamelessly and perpetually bilking money out of dupes, accountable for damaging the broader thesis of gaming as interactive art.

All of this said, I maintain some long-shot hope that a developer will find a way to do something interesting with the creatively (and morally) bankrupt free-to-play model. And against all odds, I think Path of Exile might be on track to create a worthwhile free-to-play experience. Granted, the game is still in beta, and the micro-transaction system is not yet online. However, this particular dark fantasy adventure seems more robust than almost any other free-to-play game I’ve ever test driven.

So let’s start with the most obvious point of discussion; Path of Exile bears a striking similarity to Diablo. Of course, what hack and slash game isn’t similar to Diablo? Considering there’s a monster in the game called the Diabloist, I have to assume the developers at Grinding Gear Games are aware of the similarities. Whether the Diabloist monster is a knowing wink at the audience/competition or a giant middle finger to originality remains to be seen.

At least in terms of story, Path of Exile’s first act seems reasonably original. For want of an opening cut scene, the details remain somewhat scant. What I’ve gleaned through playing the game is pretty standard fare for a dark fantasy world. As the lone survivor of a shipwreck, your character washes up on the shores of Wraeclast. With little more than a glass shank in hand, the hero comes across the town of Lioneye’s Watch, a community full of exiles attempting to endure the hard scrabble life of Wraeclast’s coast. It’s a familiar conceit for anybody at all familiar with the Elder Scrolls series. What’s remarkable is the length of the game’s first act.

Though somewhat linear in its design, Path of Exile’s first act seems on par, if not longer than, Diablo III’s first movement. Granted, there’s nothing special in PoE’s “fetch this” and “kill that” quest mechanics. What is notably absent, however, is a sense of the game artificially holding me back. Many F2P games facilitate excessive level grinding as a means of manipulating players into micro-transactions. I don’t get that feeling from Path of Exile. Much to my disbelief, Path of Exile just wants me to play the game and progress at my own speed.

If Path of Exile can rightly be accused of linear, perhaps even simplistic level and quest design, it positively shines in the complex way it manages a character’s skills. At present, Path of Exile offers six character classes, three of which fall into the pure fighter-mage-rogue triad; the other three blend elements of the main classes. I’m currently playing as a “Shadow”, which allows for some hand-to-hand combat as well as significant magic use.

When a character levels up, they add a progression point along a massive passive attribute skill tree. How massive is it? Think something like the sphere grid from Final Fantasy X. Here’s a small sample.

Active skills are governed by gems inserted into armour and weapons. The more a skill is used, the more the gem itself, and not the player, levels up. For example, one of my green gems enables a double strike with one-handed weapons. I’ve also been using it since the start of the game. Leveled as it is, I can one-shot most monsters which come my way. Yet if I find something better to use, I can trade the leveled up gem with other players rather than letting the skill sit fallow. Note my use of the word trade…

Unlike seemingly every other fantasy MMO ever made, Path of Exile has opted for a barter based economy. This feature alone is perhaps the best evidence that Grinding Gear Games is intent to do something with the F2P model other than profit off unwitting rubes. Most every free-to-play game has some sort of two-tiered currency. Silver, for want of a better generic term, is acquired in-game. Gold, however, must be bought through micro-transactions. Thus the balance of such games is predicated upon an inherent imbalance. Seemingly, this is not the case for Path of Exile.

Who then runs Barter Town? Mostly “orbs” which modify stats on items or turn normal items into rare/magic ones. There are, of course, some down sides to this system. Even though the game is in beta, there is huge concentration of high-level players focusing the trade chat toward endgame items. A level 15 nobody like myself has little option but to trade with in-game vendors who inevitably offer depreciated exchange rates. For want of an auction house, I see little to motivate low-level trade deals.

Grouping up for party play is another area where Path of Exile needs a bit more polish. Though I’ve been quite successful soloing the game, albeit in the “default” league, my attempts at finding a pick-up party have been less than stellar. Even though areas outside of cities are all instanced, there’s no insta-teleport to the party leader’s location. This has led me to spend anywhere from two to ten minutes trying to find my party after joining. Once battle begins, players in a party share an instance. This has led, according to higher level players, to a serious ninja looting problem. Hopefully some sort of equitable division mechanic is in the works for the release build.

I’m also concerned about the character classes. Of the six, only two are female: the witch and the ranger. Call me crazy but gender locking the classes seems a little retrograde. Various rumors circulate in-game suggesting Grinding Gear Games will release alternate gender classes as micro-transaction material, which, if true, seems like another giant mistake. Why put the onus to pay on the very demographic game studios should be coveting? Say nothing for the obvious fact that the female characters are assigned to physically weaker classes. Women can’t be templars or marauders? Something isn’t sitting right.

When tallying the pros and cons of Path of Exile, I find myself cautiously optimistic. As it stands right now, I enjoy the game. I’m tempted to make a second character to try out the near perma-death of Hardcore mode. While the devs’ promise of short-term leagues, instance invasions, a la Dark Souls, and a commitment to ethical free-to-play gaming sounds good, the real test will come when the micro-transactions go online. Can Grinding Gear Games really recoup the initial and ongoing expense of developing this game through selling cosmetic alterations to characters? Or will the realities of business begin to creep into their post-release sales model?

Time will tell. Though I’m not 100% sold on Path of Exile, it has managed to steer clear of any of the cardinal sins of free-to-play gaming. If they deliver on their promises, this may well prove to be an island sanctuary among the foetid waters of free games.